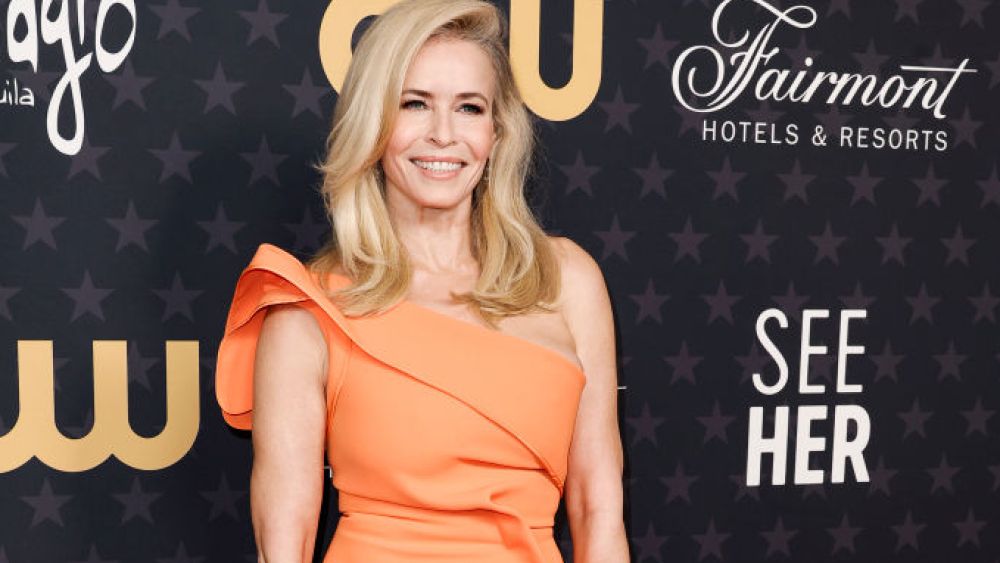 Chelsea Handler brought the laughs as host of the Critics’ Choice Awards on Sunday night. Before diving into her monologue, she wisely began with a self-deprecating tone.

“I know that I have a reputation that proceeds me, but you should all know that I have been in two years of therapy,” she said inside the Fairmont Century Plaza in Los Angeles — a new venue for the ceremony. “So, everybody is safe now.”

The crowd was loose, ready for a good time and slightly tipsy from the flowing drinks at their tables and open bars that filled the lobby just outside the ballroom.

“It is an honor to be hosting here tonight after everything that we’ve all been through together over the past few years,” Handler went on, “between COVID[-19], monkeypox, the ‘Don’t Worry Darling’ press tour.”

The room roared with laughter. “It’s been a lot. I’m just happy to be here tonight supporting the critics’ right to choose,” she continued, to more laughs and applause. “At least someone still has a choice.”

She singled out the stars, including Julia Roberts, in Starz political thriller “Gaslit.”

“For those of you who don’t know, gaslighting is when someone tries to convince you that your own perceptions of reality are wrong,” said Handler, “like when celebrities say they lost weight by drinking water but really it’s because everyone’s on Ozempic. Even my housekeeper’s on Ozempic.”

Next, pointing out the cast of Hulu’s “The Bear,” she said: “They showed us how grueling and absolutely miserable working in the restaurant industry can be. And they didn’t even have to wait on James Corden.”

Finishing off, she told the crowd, “You’ve all heard about the nonsense recently about Jews running Hollywood. And I would like to say, as a Jewish woman, so what if they do? Who cares? The French run bakeries. The Italians run the mafia. And Swedish people run Ikea, OK? Stay in your lane.”

The evening then went on as expected. Jeff Bridges received the Critics Choice Lifetime Achievement Award, and Janelle Monáe took home the SeeHer Award — which honors those who portray characters with authenticity, defy stereotypes, push boundaries and advocate for gender equality. She was wearing a see-through draped black Vera Wang gown.

As the drinks kept pouring, the crowd grew hungry. They were served breadsticks and dips (with access to an ice cream stand), while downing Champagne, gin Negronis, margaritas, scotch highballs and Fiji water, as they waited for the main course — which never came. It wasn’t until the very end of the show that food stations appeared in the lobby.

“Oh, there’s food,” Jennifer Coolidge told her handler, seeing the buffets on her way out. “Is this where the food was?”

The audience perked up when the woman-of-the-hour accepted best supporting actress in a drama series for “The White Lotus,” telling viewers: “I just want to say, to all of you out there, for anyone who’s sort of given up hope, I hope this gives you inspiration. It’s not over until it’s over. It’s not over until you’re dead!” (Coolidge, as widely known, was killed off during the season finale of the HBO Max series.)

“How do I follow that?” said Henry Winkler, of “Barry,” to laughs. “I want your respect.”

The actor’s win was announced at the same time as Ralph’s; all night, in fact, the show awarded select winners in pairs. Seth Rogen was quick to call out the new format.

“Do they always give two awards out at one time?” he said when he took the stage to present best comedy series. “That was weird. Why do they do that? Are we crunched for time? Get another hour. It can’t be that expensive. You know how I know that? This show airs at 4 p.m. on The CW. That cannot be a pricey time slot from my understanding of how this all works.”

Continuing off-script, “The Fabelmans” actor added, “I’m not saying the CW is bad. What I will say, it is the one network to receive zero Critics’ Choice nominations.”

BEST PICTURE
“Everything Everywhere All at Once” (A24)

BEST MOVIE MADE FOR TELEVISION
“Weird: The Al Yankovic Story” (The Roku Channel)

BEST ACTOR IN A LIMITED SERIES OR MOVIE MADE FOR TELEVISION
Daniel Radcliffe – “Weird: The Al Yankovic Story” (The Roku Channel)