Burt Tansky, the chairman and CEO of the Neiman Marcus Group, opened the book on his family's history of hearing impairment. 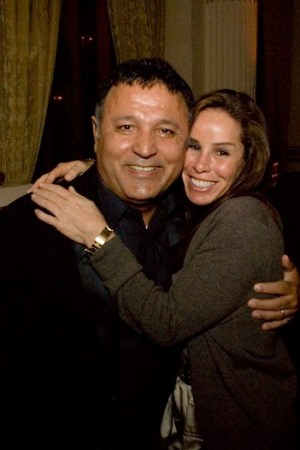 Burt Tansky generally keeps his personal life private. However, Monday night, the chairman and chief executive officer of the Neiman Marcus Group opened the book on his family’s history of hearing impairment during a fund-raiser at The Plaza, where he was honored with the Jule Styne Humanitarian Award at the 25th anniversary gala for the Children’s Hearing Institute.

Tansky has been a benefactor and board member since the institute’s inception in 1983 and has witnessed innovative technology and therapy helping children with hearing loss. Tansky’s son, Michael; daughter-in-law, Ellen, and granddaughter, Sascha, have all been afflicted. Michael and Sascha have received cochlear implants.

“Most of us take our ability to hear for granted. I do not. Hearing loss is devastating,” Tansky told the crowd of 550.

But with the special implants, “the chances of reaching full potential have never been better,” he added. His granddaughter received the implant at age three and has gone from 90 percent hearing loss to 15 percent loss, while his son has also experienced significant hearing improvement. “It has truly been a miracle.”

Then Tansky waved his award high in a grand gesture of personal pride and appreciation from the crowd, which raised close to $1 million on the night for the institute. “In today’s economy, that’s really something,” said Leonard Boxer, the chairman of the Institute and a senior partner at Stroock & Stroock & Lavan. “It speaks a lot about our institute and our guest of honor.”

The evening did have its share of levity, with Leonard Lauder, a co-chair for the evening, recounting the honoree’s work history, including stints at Kaufmann’s, Rike’s, Forbes & Wallace and I. Magnin, and pointing out that these stores are all no longer in business. “Am I saying something wrong?” Lauder asked, amid laughter in the crowd.

Polo Ralph Lauren president Roger Farah, the evening’s chair, described Tansky as a visionary lifelong merchant who educated and trained many of those present in the Plaza’s Grand Ballroom that night. Farah, who worked for Tansky at Saks Fifth Avenue as a men’s buyer, said he learned two things from him: “To always have 42 regular, square-shouldered Christian Dior suits in stock and on sale, and how to overbuy — I was chronically overbought.”

“Roger, I was in a Ralph Lauren store the other day. I think you still have a problem,” Tansky joked.