The new face of China for the lingerie retailer speaks up on self-recognition, defying stereotypes and life under lockdown with her family.

Victoria’s Secret is trying to turn things around by rebooting its brand image in Asia while battling with Sycamore Partners in a U.S. court. The private equity firm agreed to buy a majority stake in the intimates brand last February for $525 million but this week filed suit against Victoria’s Secret parent L Brands trying to void the deal. L Brands has countersued.

Last week, the struggling lingerie retailer appointed two Chinese stars, Zhou Dongyu and Yang Mi, to represent the brand in China and Asia, respectively, marking a new direction compared with the Amazonian aesthetic of its famed Angels, which didn’t really resonate in the region. Yang represents a more mature and affluent direction, while Zhou is likely to spearhead the Pink Line, the fastest-growing business, in China.

To address sexy is challenging in the market. For a long time the word has been seen as a derogatory term for women. Mainstream Chinese society instead values qualities such as kind, obedient and cute in women. Even Zhou said she used to stay away from the word sexy as much as she could.

“I’m not considered sexy in the traditional sense. But as I grew older, I felt that being sexy is not one-dimensional. There isn’t a standard for it anymore,” she said.

As the country witnessed rapid economic development, a new generation of Chinese women, including Zhou, have come to see the need to address the issue of female stereotypes and to take control of the narrative back.

“You can’t tell yourself off just because you don’t fit the stereotype,” she said: “That’s why I am happy to represent the brand in China. I want to tell Chinese girls like me that you can redefine sexy, as long as you are confident about who you are.” 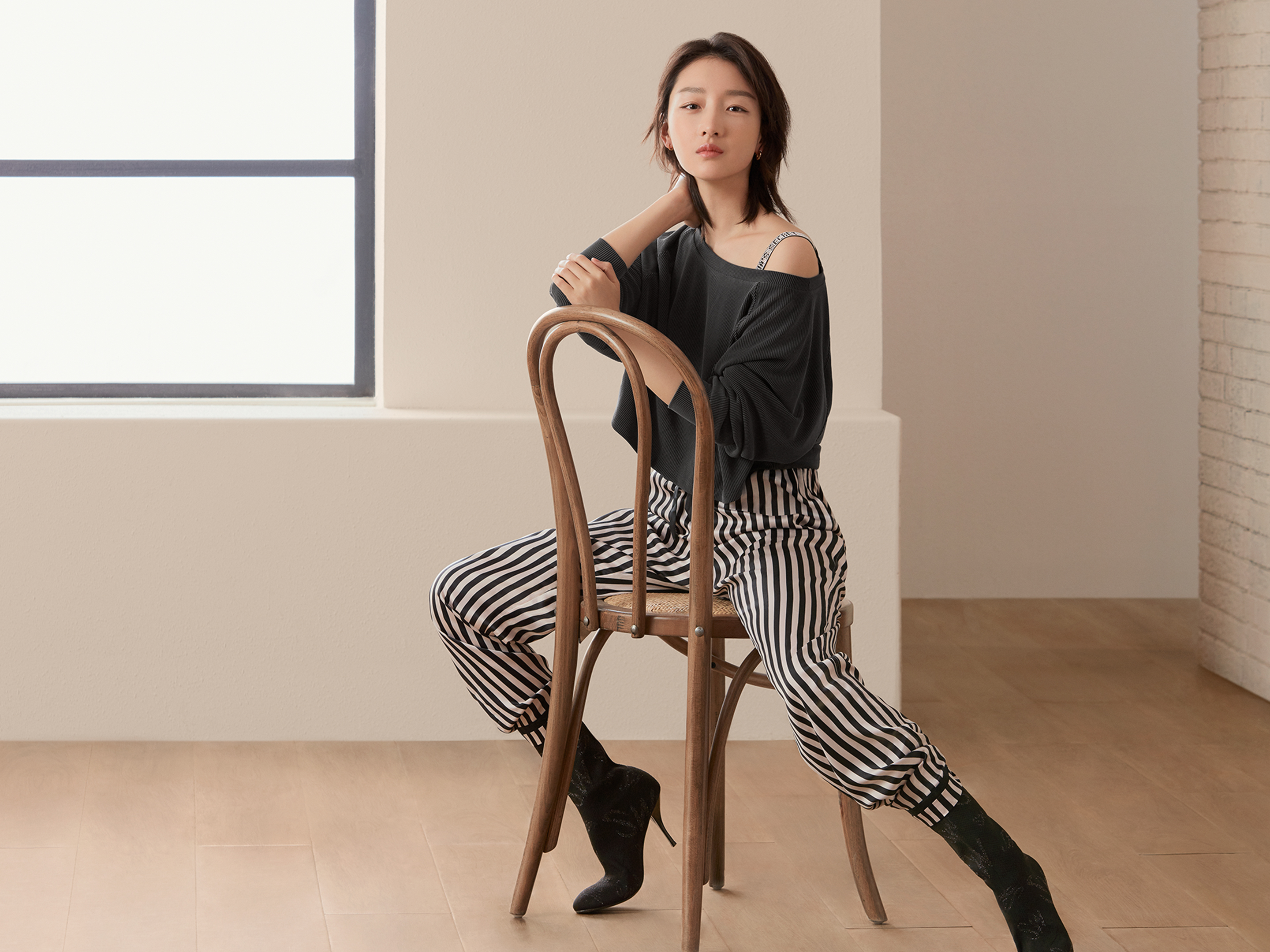 Zhou doesn’t think her arrival at Victoria’s Secret signals a departure from its Angel approach. “Having me at the same level as them really proves that everyone has the opportunity to be an Angel,” she said, adding that she prefers wire-free lingerie with simple designs.

The ingenue is a household name, known for her youthful girl-next-door appeal in China. She started her professional career with Zhang Yimou’s film “Under the Hawthorn Tree” at age 19, and has since been considered the leading serious actress of her generation for her work in films such as “Soul Mate,” for which she won the best actress at the 53rd Golden Horse Film Awards, and “Better Days,” a coming-of-age film that earned her a nomination in the best actress category at the 39th Hong Kong Film Awards this year.

Her characters usually appear to be vulnerable at the beginning and through rebellion and gaining inner strength, become confident and overcome obstacles at the end, which many young Chinese women can identify with.

For example, Chen Nian, her role in “Better Days,” a bullied high school girl who eventually shows great strength in standing up for herself, delivers a similar message to her fans as she does with Victoria’s Secret. “I may appear to be diminutive, but I hope to use my limited influence to change more people,” she said.

Zhou believes before embracing a multitude of visions of sexy, Chinese women need to come to terms with their appearance. “I think being sexy is an important quality, but self-identification comes first. You need to accept your strengths and weaknesses, and still feel charming and confident. It is not about pleasing others, but yourself. Women must accept themselves first, rather than whether your bust, waist and hips size meet these so-called standards,” she added.

On a broader level, Zhou thinks everyone in China should live for themselves. “I believe everyone shall break these rules on gender, appearances and body shape, and focus on answering questions like ‘who am I,’ ‘who I want to be,’ and ‘who I can be.’ You define who you are.”

During the coronavirus outbreak in China, Zhou spent most of the time with her family, a luxury for her due to her busy schedule. “We didn’t do anything particularly meaningful. I was cooking and chatting with my family and living a homely life, but it was very comfortable and time passed quickly.”