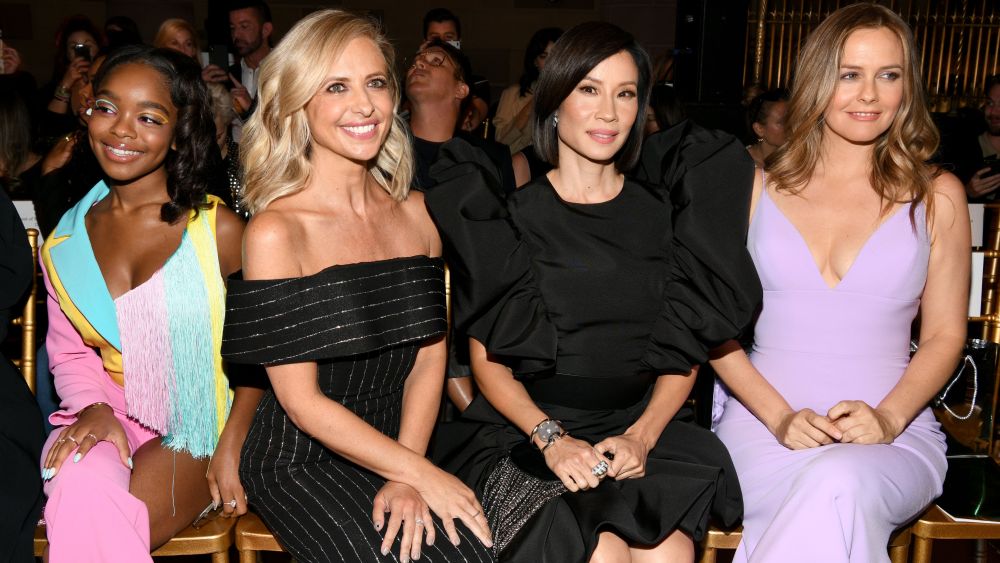 Well, not exactly. Their likenesses were painted onto huge canvases by artist Ashley Longshore and mounted in the middle of Gotham Hall in Midtown Manhattan, where their portraits stood proudly. Each influential woman was dressed in looks from Siriano’s collection, and Longshore herself put finishing touches on each of the paintings during the runway show.

“Thank you so much!” Martin replied brightly.

Liu said her biggest plan for New York Fashion Week is “showing up here.” She’s in the midst of helping her four-year-old son Rockwell start school.

“I just finished filming ‘Why Women Kill,’” she explained. “I got back on Saturday. But back-to-school is what fashion week’s about for me right now.”

Silverstone is another Siriano purist, who said she only plans to attend the former “Project Runway” contestant’s presentation — and has only seen his fashion shows before.

“I’ve only ever been to one fashion show in my life. It’s always been Christian’s,” she said. “I never was interested in fashion because of the animal abuse and the waste for the world, so toxic. But he asked me to come to his show and why I did is because he donates a lot of money to animal charities and he doesn’t use any leather, he doesn’t use any fur. Then I just fell in love with him, we became friends.

“As I’ve become a woman, I’ve become really interested in fashion and I really appreciate how it helps you feel empowered,” she added. “As long as we’re using responsible materials, I feel like it’s an amazing marriage.”

Will Barbie Ferreira and Rickey Thompson Be the New Coach Kids?