In the hallway outside her dressing room at the Broadway Theatre, Christiani Pitts, the star of the new blockbuster production of “King Kong,” has hung framed photographs of a collection of actresses and comedians from the 1930s, who serve as both a welcome into her space and a guiding light for her performance onstage.

Most notable of the bunch is Moms Mabley, who Pitts learned of as she was researching her role as Ann Darrow in the legend, which opens tonight on Broadway. “I didn’t know that there were female comedians or black female comedians in the Thirties; I had no idea,” Pitts says.

Pitts, who is the first actor of color to take on the role of Ann Darrow, has turned her dressing room into a world of her own. The room is draped in dusty pink furniture with touches of gold accents; a fish — named Fishy — holds residency on one of the shelves. Pitts greets each of her visitors with a hug, and two more upon departing, as she welcomes them into the space she’s created for herself.

The role of Ann Darrow, though she didn’t know it at the time, was just what she had been praying for, coming off her Broadway run in “A Bronx Tale.”

“I was saying that I would love to do an action film with, like, green screen and elements that aren’t real, so that you could really sort of push the boundaries of your acting and try to work with things that aren’t actually there,” she says. “I prayed about it that specifically. Then this audition comes up for ‘King Kong.’ I was like, ‘Oh, my goodness. It’s going to be like acting with a green screen, with action.’ I was blown away because this was exactly what I wanted.”

Pitts, 25, got started in theater in Atlanta, singing in the church. “Because it was in the church I don’t think people took it as seriously; it was for God, so it wasn’t for entertainment purposes,” she says. When she moved to New Jersey in middle school, she did a school production of “Peter Pan,” which she took perhaps a little too seriously. “I felt like I was getting ready for the Tonys,” she says. “That, for me, is when I knew that acting is what I wanted to do.”

She moved to New York City after she graduated from Florida State University in Tallahassee, with Broadway in her sights. “My ceremony was at 9 a.m. and I had a 3 o’clock flight to New York,” she says. 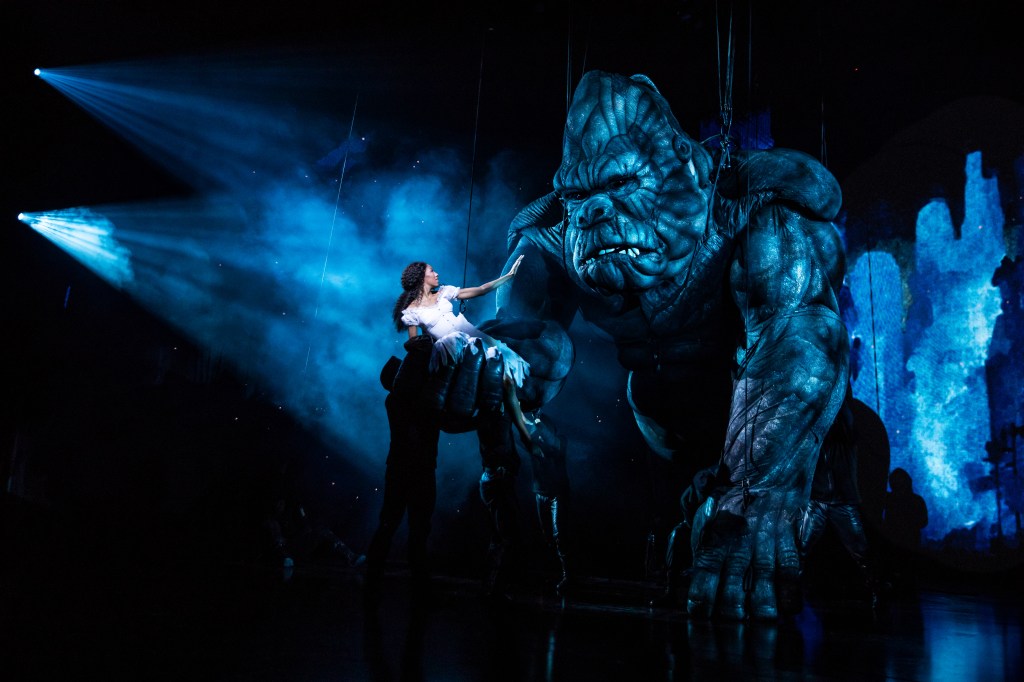 For her current role, she went beyond looking at past incarnations of the “King Kong” heroine, who most famously was portrayed by Fay Wray as well as, most recently, Naomi Watts, and found character direction in the women’s movements of the Thirties.

“I definitely researched a lot of actors and actresses from the time, but also the conversation around our socio-economic lives in the 1930s; it’s interesting that the research lies so heavily on the Great Depression and how it affected men’s work lives,” she says. “You had to dig a little deeper to realize that the women were affected two times over just because they then had to pick up the work at home…they had to do jobs that they never learned how to do, and did it gracefully. It was so inspiring because I just felt like the character was 10 times stronger than I could ever imagine, with putting on the circumstances of the Great Depression.”

But this “King Kong” is not a period piece; it’s a modern interpretation of the classic legend, and Pitts’ Darrow aims to be a woman for modern times.

“Out of all this research from the Thirties there are themes that are so prevalent right now that I, unfortunately, don’t have to dig that deep to feel and relate to: the idea of me being in a position where I don’t really have a choice because a man has left me with no options because he can, and because no one will question him, and because no one will hold him responsible,” she says. “I have women that will stop me at the stage door and say that they feel so inspired to speak up for themselves after seeing the show because my character at the end finally stands up for herself and finds her voice that she’s struggling to find the whole show.”

She stresses that her Ann Darrow is far from a damsel in distress; the script has been written largely from Darrow’s perspective, giving more insight into her life’s story than in previous versions.

“She’s always sort of been the beauty of the picture and her main job is to be beautiful and be present and be the source of Kong’s affection, but you don’t really get to learn too much about how she found herself with all these men on a boat or why she wanted to be an actor,” Pitts says. “I love that our script explores her ambition and her will and her desperation to find her voice in the world.” 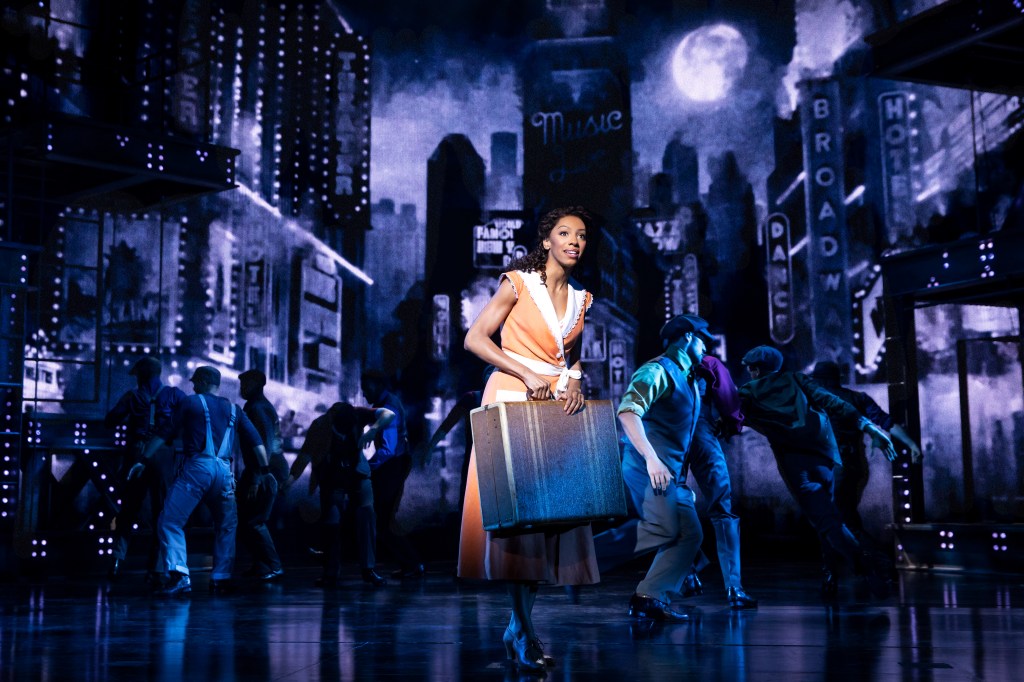 Waiting Out the Midterm Results with Spaghetti and Sofia Coppola

Introducing The Scope, Set to Change How Millennials Design Their Homes

Alison Sudol Wants to Talk to You About Anxiety

Priyanka Chopra on Her Marchesa Bridal Shower Dress: ‘It Made Me Feel Like a Princess’