If justice is blind, Christie Brinkley hasn't gotten the memo. The supermodel is making a point to appear every inch the "Uptown Girl" for the tabloid press. 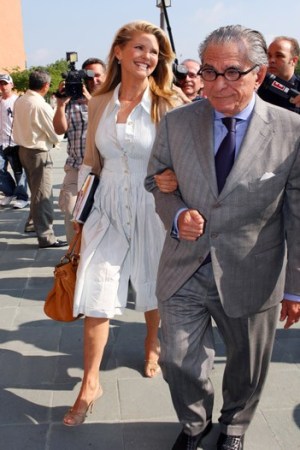 Five days into her wacky public divorce trial from philandering hubby Peter Cook, the supermodel is making a point to appear every inch the “Uptown Girl” for the ever-eager tabloid press. Armed with a uniform of crisp button-down shirts, dainty cardigans and figure-hugging pencil skirts from Ralph Lauren and Prada (with a little Gap mixed in for soccer-mom street cred), Brinkley has onlookers wondering what Cook was thinking — even if she was the one who pushed to air the family’s dirty laundry.

This story first appeared in the July 10, 2008 issue of WWD. Subscribe Today.

She’s not the first celebrity to rely on fashion at the courthouse, though more blameless than most: Everyone from Lil’ Kim to Martha Stewart has cleaned up for judgement day. And despite a few tears, Brinkley has been putting on a good show, strutting the halls of the New York State Supreme Court in Central Islip in style. After all, she knows better than anyone that looking good is the best revenge.