The auction will consist of items from Hepburn's personal wardrobe, movie scripts and other memorabilia. 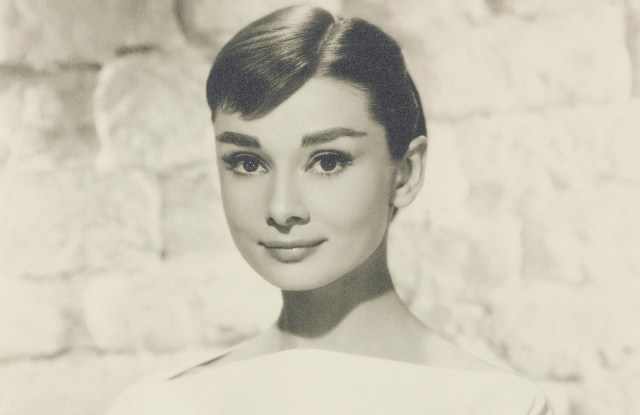 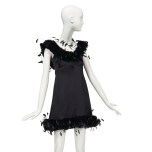 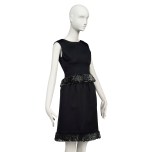 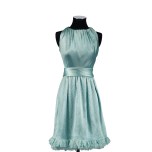 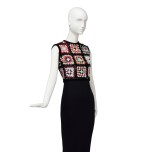 LONDON — As Christie’s readies for an exhibition and auction of Audrey Hepburn’s belongings in London, the movie star’s enduring appeal and modern approach to fashion is back in the spotlight.

“It’s a very particular style, pared down to the absolute essentials and they appear not to go out of fashion,” said Pat Frost, the auction house’s fashion and textiles consultant. “She didn’t really follow fashion or look for a style — she was the style.”

The auction, which is set to launch online on Sept. 19 followed by a live auction on Sept. 27, will include a range of Hepburn’s belongings from movie scripts and letters, to clothing, accessories and costume jewelry.

Her wardrobe also offers clues into Hepburn’s character: she was disciplined about achieving the right fit, meticulous about taking care of her clothes — which remain in pristine condition to this day — and a creature of habit.

“When she found a style that she liked, she would just carry on buying it,” added Frost, pointing to an array of ballet flats, especially ordered from a company that produced ballerinas’ practice shoes, in an array of colors from black, to burgundy, yellow and mint.

She also tended to stay away from high heels because “she was very self-conscious of the size of her feet” according to Frost. She rarely bought fine jewelry, favoring costume jewelry instead and in particular clip-on earrings, as she had no piercings.

Similarly, she was very loyal when it came to the designers she wore: the majority of her gowns and cocktail dresses were by her dear friend Hubert de Givenchy, she has an array of simple yet elegant A-line coats by Valentino, loafers by Salvatore Ferragamo, trenches by Burberry and later on in her life, while living in Geneva, she embraced Ralph Lauren’s sportier lines.

What also stands out is that Hepburn’s style remained the same both in front of and behind the camera: “What she wore on stage, she wore off stage as well. She didn’t have different wardrobes. I think she was one of the first film starts to do that — usually an actress has her costumes and her private wardrobe, whereas for her it had always been the same thing.”

A two-piece, sequin-trimmed black satin Givenchy couture gown designed for the movie “Charade” — one of the highest valued items estimated to sell for 50,0000 to 80,000 pounds — doesn’t veer away from the styles the actress chose to wear at events in her personal life.

Some of the highlights, include a couture black satin gown trimmed with feathers at the neck and hem, a top by Valentino featuring delicate sequin embroidery that imitates crochet patterns and a dusty blue jacquard Givenchy dress featuring subtle pleats, a cinched waist and textured fabric trims at the hem.

“[Hubert de] Givenchy used to say that she always knew what she wanted and she’d just put a twist to it with the accessories every time,” said Frost.

“She was the only other actor who knew as much about fashion as Marlene Dietrich,” said writer Meredith Etherington Smith, who has acted as a creative consultant for the sale and written an introduction to the auction catalogue’s fashion section, quoting costume designer Edith Head.

Etherington Smith added that Hepburn succeeded in becoming one of the “first teenage role models” by combining both “sweetness and beauty” and achieving a look that was “incredibly modern.”

The fact that Hepburn’s look continues to look modern and relevant means that the sale is bound to excite interest on a global level; “It’s going to be as big and as global as the Marilyn Monroe sale and it could perhaps excite the same response as the Princess Diana sale. Diana’s look lasted, and so did Audrey’s,” added Etherington Smith.

Prior to the auction, Christie’s will host an exhibition of Hepburn’s collection that will be open to the public, as well as a series of talks by Christie’s specialists and a “Christie’s Lates” event on the evening of Sept. 25., which aim to incorporate the star’s wide fan base as much as the private collectors and bidders.

“On January 20th, 1993 we lost our mother and best friend and the world lost an enduring symbol of grace, elegance and humanity. We preserved our feelings for her as well as all of her belongings which each signified her life’s choices and philosophy,” said Hepburn’s sons, Luca Dotti and Sean Hepburn Ferrer. “After 25 years we have focused on those items we wished to keep as well as to pass on to future generations. In an effort to include all who partake in these feelings for her, we have selected a collection of items to share with her ever-growing base of admirers.”