The onetime "Girls" star shied away from the spotlight for smaller, quieter projects; now, he is George Clooney's leading man in the "Catch-22" adaptation for Hulu, which finally seems to be doing right by the classic.

There’s a reserve to Christopher Abbott. He has the leading-man looks, carries big-name clothes with ease, and, of course, has the résumé to fuel it all (as is soon to be further proven). But he’s quiet, an utmost professional, trusting of the press around him, and in no way seems to command attention.

But fame seems to be coming for him, as he takes the screen as the star of the George Clooney-helmed “Catch-22” series for Hulu, which, after two failed attempts in the Seventies, finally seems to be doing right by Joseph Heller’s classic 1961 satirical novel.

“It feels different than something that [people] have seen before on TV,” Abbott says, rushing to the airport in between press commitments for the show (and a little confused as to what day it is, as a result). “There’s something old-school about it, but done in very new experimental ways. It’s something satirical. And that hasn’t been done in a while.” 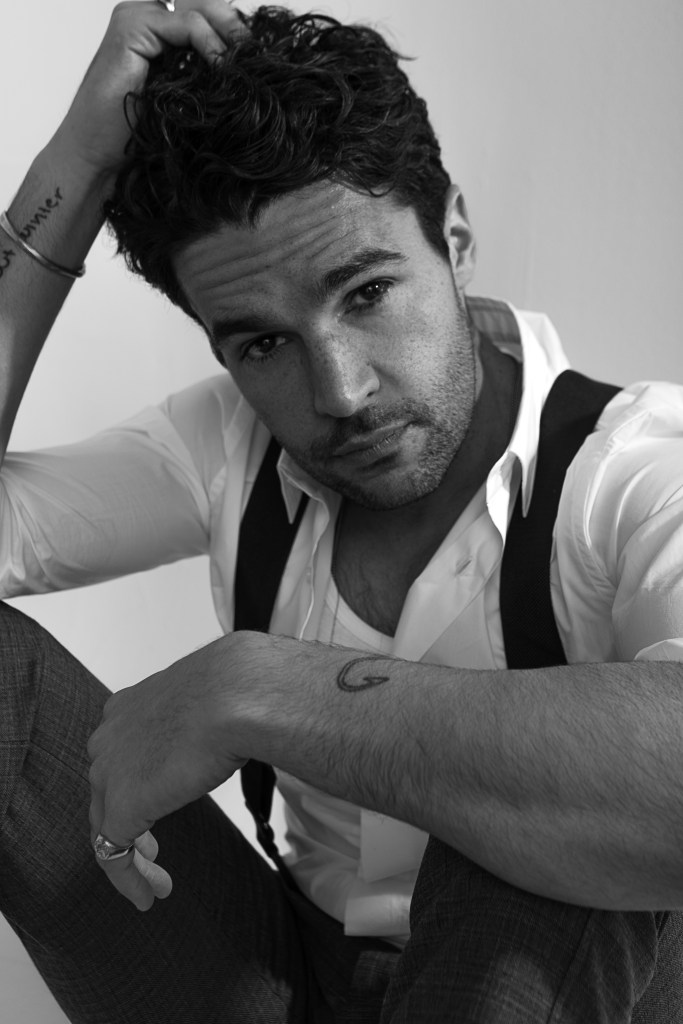 The show is a turning point for the 33-year-old actor, who came to fame as boyfriend to Allison Williams’ character Marnie on “Girls,” which he elected to leave in 2013 — and who has since stayed relatively in the background, working in noted but quiet roles.

Since his much discussed departure from “Girls,” in the midst of the show’s mega-popularity, Abbott has dabbled: a bit of big movies like “First Man” and “Whiskey Tango Foxtrot,” some smaller darlings like “Vox Lux” and “It Comes at Night,” and even another stint on television, for the Jessica Biel-led USA drama “The Sinner.” On deck after “Catch-22” are sci-fi thriller “Possessor,” which he wrapped in Toronto in the midst of his press tour, and “Full-Dress,” a comedic crime drama.

Abbott insists there isn’t some master plan at play, but that, like with most actors, “it really just depends on the material.”

“I mean, I’m a cinephile at heart, so I like to see things on the big screen,” he says. “So it’s nice that with all these premieres that we get to at least watch a couple of the episodes on a big screen. But no, there’s no other intention other than wanting to try to pick the best work.”

“Catch-22” has long been viewed as untouchable in Hollywood, both for the iconic status of the novel, and, perhaps more truthfully on producers’ ends, the critically panned previous attempts (the 1970 movie with Alan Arkin and the 1973 CBS series with Richard Dreyfuss, which lasted an episode). Clooney’s series, six episodes long and also starring Kyle Chandler and Hugh Laurie, has been reviewed overwhelmingly favorably by critics; the fandom test will come on May 17, when the show premieres on Hulu.

“When we finished shooting it last year in Italy, I felt pretty confident,” Abbott says of the final product. “The scripts were so good — and I think everyone knew that. But in the same breath, I think that then makes you more nervous because you don’t want to be the only one to think that. You know what I mean?”

He landed the role in a “pretty classic” manner: an e-mail from his agent led to an audition with Clooney, executive producer Grant Heslov and casting director Rachel Tenner. Clooney, for the record, broke the ice by greeting Abbott in a leather helmet left over from “Leatherheads.” 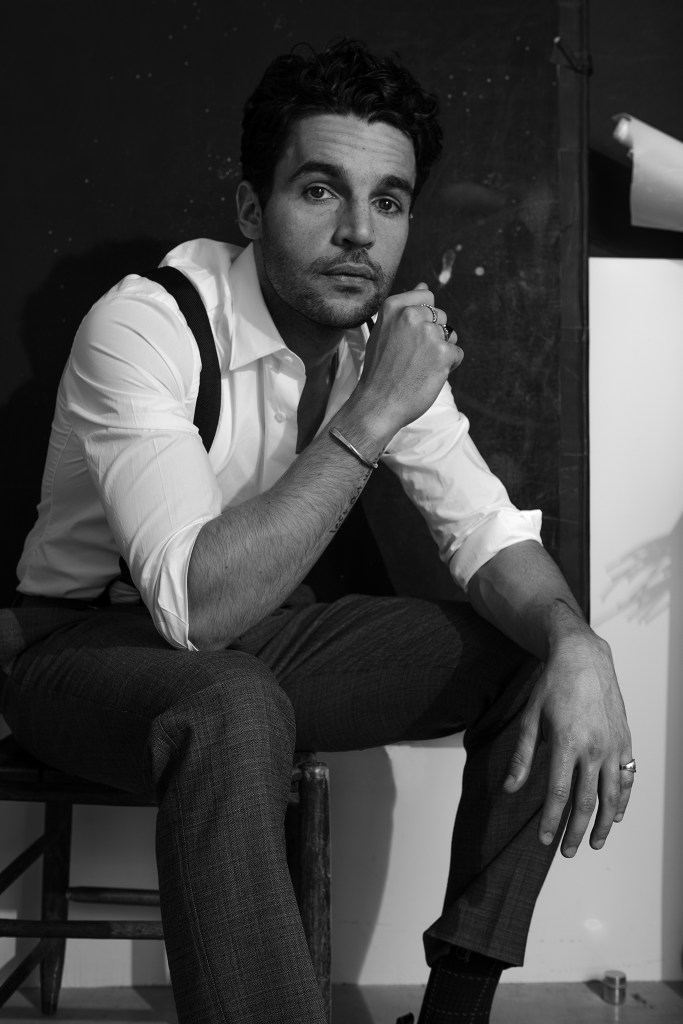 The audition did, however, require him to circle back on his high school curriculum, and give the novel a proper reading.

“I mean, I was supposed to read it in high school. I didn’t,” he admits. “But I think that worked out for the better. I’m glad I was able to read it with…whether it’s selfish or not, with a self-serving energy. And also there was intent behind it.”

That’s not to say he was shielded from the pressure that comes with bringing an American classic to streaming television.

“I knew that if I kept feeling that, that would do nothing but inhibit me. And you have to let that go because that doesn’t serve anyone if I worry about that too much,” he says. “I did my best to feel like I really knew the tone of the book, knew the tone of the character, put that in my head as much as I could, but then at some point you have to forget it all and just trust that you know it.”

Abbott grew up in Stamford, Conn., without any childhood acting, “but I knew I liked movies,” he says. He worked in a video store as a teenager — “now an obsolete job” — where he passed time by watching movies at work. “But the idea of acting never entered my mind until I went to community college in Connecticut after high school,” he says. While at Norwalk Community College, he enrolled in a theater class, “and it felt right to me.”

He speaks about his professional future with the wisdom of a much older actor, measuring his career against his age.

“I don’t want to sit in one zone too long. And that’ll naturally change, too, just as I get older. There’s different parts to play at your age bracket,” he says. “I don’t know. There’s not one specific thing. If I get it sent to me and I read it and it hits me at the right time, then that’ll be it.” 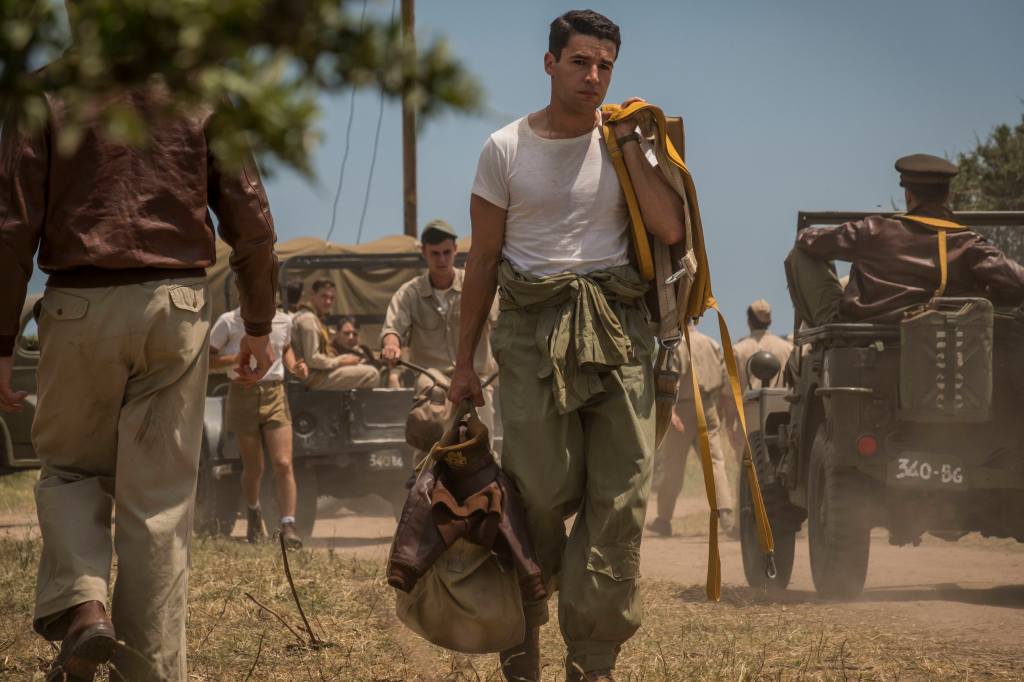