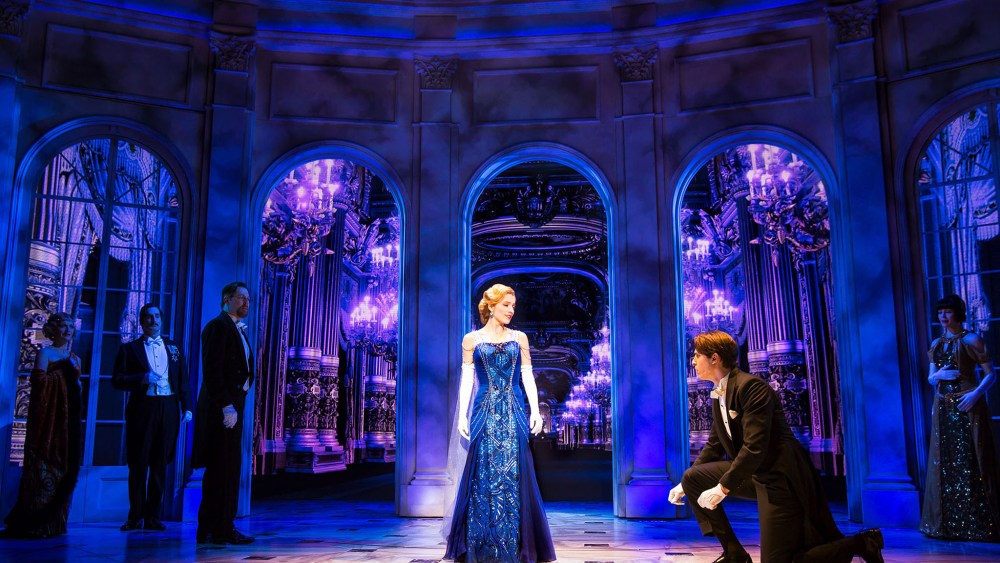 Christy Altomare started preparing for her role in “Anastasia” well before the Broadway version had even been written. Like many, she saw 20th Century Fox’s animation in theaters with her family. But unlike most, she freaked out at the closing credits.

The first Broadway show Altomare ever saw was “Cats” with Liz Callaway, who provided the voice for Anastasia in the 1997 animation. “When [my mom and I] saw the movie ‘Anastasia’ in the theater, we were looking at the credits and my mom said, ‘Oh my gosh, that’s Liz Callaway, she’s playing the voice,’” Altomare recalls. “From then on, I used to sing ‘Journey to the Past’ all the time. I even ended up putting that song in my audition book.”

Altomare hails from Yardley, Pa. She attended the University of Cincinnati’s College-Conservatory of Music in 2008, and joined the first national touring cast of  “Spring Awakening” as Wendla Bergmann the summer after graduating. She has since appeared in “Mamma Mia” as Sophie Sheridan and “Carrie the Musical” as Sue Snell.

After landing the lead role, Anya, in “Anastasia,” Altomare went into work mode. She wakes up at 5 a.m. every day to go to the gym and get her body moving. She’s a “strong proponent of probiotics” and tries to cook for herself as often as she can, though she admits she “hasn’t been so successful lately.” She also works on the script for a couple of hours before rehearsals to avoid wasting precious rehearsal time warming up.

Multiple childhood animated classics have been remade into live-action versions over the years — “Beauty and the Beast” being the most recent. Altomare is enthusiastic about this trend, saying it drives more excitement around musical theater. “It brings more young people in and introduces them to this world,” she says. “Musical theater is one of the most beautiful crafts. How a melody can move you is really remarkable.”

Childhood memories aside, Altomare says she relates to the character of Anya because the two share an “eternal optimism.” “That message is something every person needs to learn,” she continues. “We all need to remember that no matter what comes our way, if we keep moving forward with positivity and light, we always end up exactly where we’re meant to be.”

Altomare references this notion of forward motion a number of times. She breaks down her success into “baby steps,” praising her family for supporting her through them. She recognizes how rare it is to be able to support oneself by doing what one loves. And she may have found the key to a happy and successful career.