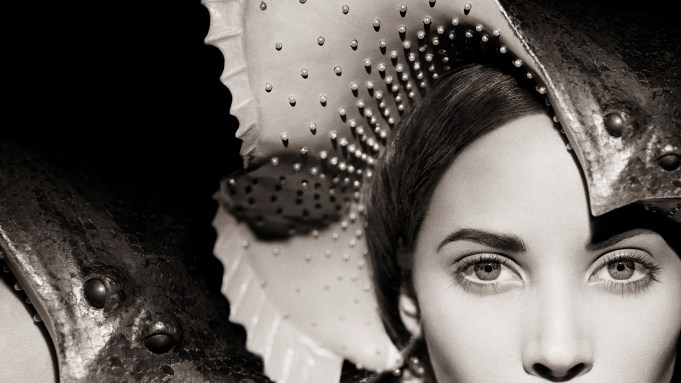 As one of the most recognizable models in the world — past or present — Christy Turlington Burns has an insider’s view of the fashion industry and the allegations of sexual harassment swirling around it.

Immersed as she is in the nonprofit she started in 2010, Every Mother Counts, she hasn’t lost sight of the darker side of modeling. Before getting her master’s degree in public health from Columbia University; traveling to Swaziland, El Salvador and other countries to help underserved women, or marrying the filmmaker Ed Burns, Turlington helped define the supermodel life in the Eighties and Nineties. The mother of two recently ran her seventh marathon on behalf of Team EMC, finishing last month’s Berlin Marathon. Burns will speak about maternal health at TED Women in New Orleans next month and she can also be seen in the new documentary “George Michael: Freedom.”

She is busy preparing for the Oct. 21 unveiling of “Con Madre,” a short film about her nonprofit’s work training midwives in Guatemala that will launch on National Geographic, and the fourth installment of “Giving Birth in America,” a film series that will air on CNN next month.

But Burns took some time out to air her concerns and reflections regarding the modeling industry in an e-mail exchange Tuesday.

WWD: In light of the Harvey Weinstein controversy, how prevalent do you think harassment and mistreatment of models is in the fashion industry?

Christy Turlington Burns: I have been thinking about this a lot since the news came out, and I can say that harassment and mistreatment have always been widely known and tolerated in the industry. The industry is surrounded by predators who thrive on the constant rejection and loneliness so many of us have experienced at some point in our careers. I feel fortunate that I did not personally experience anything traumatic, but also know that is not the norm.

WWD: Were there instances in your own career where you had to take action?

C.T.B.: I was lucky because my mom was with me a lot early on and then once I had some success, I was handled with extra care. We trusted the people who were supposed to be keeping an eye out for me. There were many times I could not believe who I was left under the care of on early trips to Milan, Paris or London. I would get off of a flight and find some creepy playboy type there to meet me. In hindsight, I fear I may have played the “honeypot” that has been described in the stories about these predators who make other women feel protected. Unknowingly, but still an accomplice of sorts. I might have been the assurance that made other young women feel safer. If I’d known how these men thought and behaved, I might have done more to stay clear of them.

WWD: What do you think is the best way for young models to safeguard themselves today?

C.T.B.: I don’t know if those old guys are still on the scene or not. I shudder to think that they may outlive us all. I think that the industry could use more protections for the younger women and men especially. It’s the one entertainment industry that didn’t have a strong union of its own. There were no chaperones on sets to monitor the hours worked or appropriateness of the themes of shoots and behavior of the crews, no tutors required or penalties if standards were broken. The best way to protect young models is to keep them in school and off sets until they are adults. But that’s only part of the problem. We need to teach our girls, and young boys, how to protect themselves and defend themselves against predators in every area of their lives. Sexual harassment can happen anywhere and at any time. In the playground, in school, on the bus, in crowded public spaces. Accepting this and preparing for it will help more of us know how to handle it when it does happen.