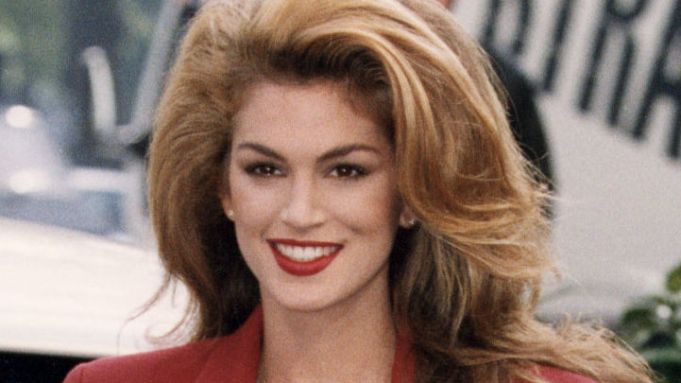 Cindy Crawford is tapping into the Internet’s unending nostalgia for the Nineties. The iconic supermodel and Meaningful Beauty collaborator has dusted off her personal archive of MTV’s “House of Style,” which she hosted from its premiere in 1989 until 1997.

“‘House of Style’ was this democratization of fashion for young people,” she says. “We covered Todd Oldham making shoes out of old tires and Jean Paul Gaultier.…We tried to cover everything and because it was MTV, how so much of hip-hop and music was influencing fashion and fashion was influencing music.” In recent months, she’s delved into her original VHS tape recordings of the show and has been posting short snippets to Instagram with the hashtag #MTVMondays.

Here, Crawford opens up about why she decided to take another look at “House of Style,” what she thinks about the world of models today and her advice to daughter Kaia ahead of her first New York Fashion Week.

WWD: What made you revisit “House of Style?”

WWD: What do you think of your style on the show?

C.C.: It’s super Nineties. The very first one we shot, I’m wearing my own Azzedine [Alaïa] dress and leather jacket cause we didn’t have a wardrobe, we didn’t have a stylist, we barely had hair and makeup. For me, it was a great vehicle for people to see my personality. Usually, your personality doesn’t come out on the cover of Vogue. If the photographer says, “Smile,” you smile. You might not be in a good mood that day, but you’re smiling anyway. It was fun and I think it made [fashion] much more accessible — the high and the low.

WWD: The show was great at taking people behind the scenes of fashion and supermodels’ lives — Naomi Campbell showing us her closet, for example.

C.C.: We didn’t even have the phrase “behind the scenes” then. There was no behind the scenes on shoots. That’s why it’s amazing now when you come across some of this archival stuff because there wasn’t a secondary crew shooting behind-the-scenes footage. I think “House of Style” did open the door to Naomi’s closet, or in that same piece, she put on zit cream. That was amazing for her fans to see. They love her and she’s such a diva, but hey, I gotta put on zit cream at night.

WWD: What was it like interviewing so many of your friends?

C.C.: It was a great way for me to gain confidence as someone who was conducting something that sort of looked like an interview. I remember Janet Maslin reviewed it for The New York Times and it said, “Silly, superficial and wonderful.” We had shirts made with that on it. Fashion is social commentary, but to me, it’s the whimsy of it and how women and men use clothes to express themselves. It should be fun and when it stops being fun, that’s when I put my jeans and my T-shirt on and then that’s your uniform.

WWD: What comes to mind when you think of that time?

C.C.: It was a great time. Today’s probably a great time, too. It’s different. There were certainly big models before my generation. There was [Christie] Brinkley and Carol Alt and Kelly Emberg. Those were the women that I looked up to before I started modeling. British Vogue covered the George Michael [“Freedom”] video [and] the finale was coming out at that Versace show in ’91. That’s the day I feel like the supermodel was born. People started knowing our names and somehow, the four or five of us — or six of us, depending on who you want to put in that group — were photographed together a lot, and we were friends. I remember walking out at that Versace show with Christy [Turlington] and Naomi [Campbell] and it was palpable. It was a little bit of a power shift. I think some of the designers were, like, “We’re not doing that again — giving these 22-year-old girls that much power.” It went to Kate Moss and the Heroin Chic, which was the total opposite of us, these powerful Glamazonian, shoulder-padded women. Then it was less focused on that supermodel thing with exceptions — Kate [Moss], Gisele [Bündchen]. There were standouts, but there wasn’t a group again until now.

WWD: A lot has been said about today’s models. What are your thoughts?

WWD: Have Kaia and Presley watched “House of Style?” What do they think?

C.C.: I don’t think they’ve ever sat down and watched the show and I also don’t think they understand, like, we didn’t have a thousand channels or Netflix. Because we only did one [episode] a month even at our peak, you had to wait until the next month for the next episode. You couldn’t binge-watch it. They don’t really have any concept of that, but Kaia’s like, “Oh my God, you were so cute,’”or “You were so young” or “Look at that hair.”

WWD: Kaia will be walking in fashion week for the first time. What advice have you given her?

C.C.: Well, I’m chaperoning her. I’m not gonna be at every show, but I hope she understands how exhausting your first show season can be. My advice to her — and it would be the same if she was going off to college or taking a job in a clothing store — is be on time, be professional, don’t be a diva, get off your phone. You’re around these incredibly talented people, soak up information, listen, watch, keep your eyes open, be present and enjoy it. Have fun. It’s fashion.