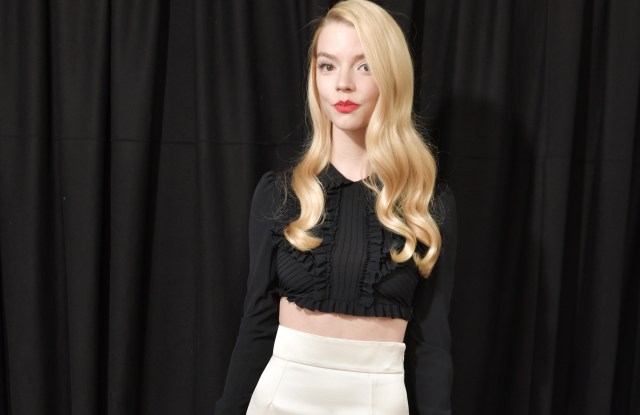 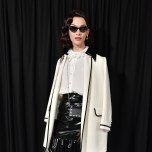 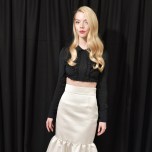 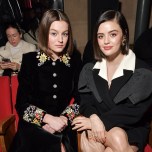 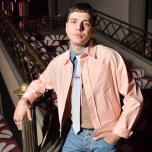 LIGHTS, CAMERA, ACTION: With its deep red velvet folding seats and patterned carpet, one could be forgiven for mistaking the Miu Miu set for a movie theater — especially with wonder-boy director Xavier Dolan and a bevy of leading ladies in attendance front row.

“It’s very dramatic and cinematic,” said Dolan, who is working on writing projects at the moment.

Emma Corrin and Lucy Hale greeted each other warmly, remarking their almost identical sharp bobs. “It’s very different from my wigs,” said Corrin, who plays Princess Diana in “The Crown,” for which she is about to wrap the fourth season.

Where can she go next after such a singular role? “There are so many inspirational women out there,” she said, adding that she is currently reading biographies of Marina Abramović and Mia Farrow.

Lily Taieb also had strong women in mind; she was still buzzing from the premiere the night before of feminist movie “How to be a Good Wife,” with Juliette Binoche in the leading role. “It’s great, great, great and I want everyone to go and see it,” enthused the French actress, who also has a role in Wes Anderson’s “The French Dispatch,” due out in July.

Next up for Anya Taylor-Joy is Robert Eggers’ “The Northman,” a Viking revenge saga that will mean a radical change of era for the actress, whose recent projects include a new adaptation of Jane Austen’s “Emma,” due out in May.

“I really love time travel, it’s exciting to be able to go back in time and always add something to the character when you get to dress in a different way,” she said.

“The whole fashion aspect has been really interesting, because my character understands it on a deeper level than I do, so I’ve learned how to sew, and how things are made and constructed,” she said. Will she be crafting her own garments soon? “I’m learning,” she demurred. “I know how to fake it very well on TV.”