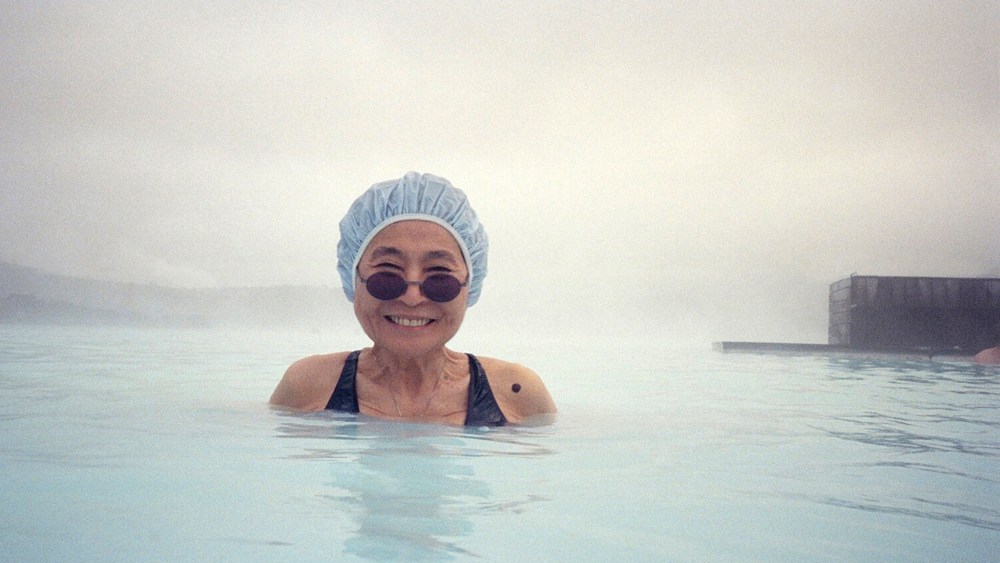 “Michele Civetta Retroperspective” at the Italian Cultural Institute this month is a midcareer survey of the 39-year-old artist’s prodigious output since 1995, a miscellany of Civetta’s early avant-garde short films, advertising work and music videos.

A self-described “crossover artist,” Civetta toes the fine line between art and commerce, and many of his projects blur the boundaries between the two. The exhibition features an installation of rare photo stills and short films that have been screened at the Cannes film festival and art institutions around the world.

Civetta’s wry subversive humor is evident in his advertising work such as a commercial for Viagra that asks, “What are you doing after the orgie?” with the tag line, “Make Love Better.”

“We shared a house together in L.A. many years ago,” said Stacey Bendet, Alice + Olivia’s creative director, who underwrote the exhibition. “Michele is such a talent. It’s film, it’s photography, the way he writes, and his eye, the way he captures things. When you meet him, he just grabs your heart. He has a way of understanding and capturing creative people. They trust him.”

That level of trust can be seen in Civetta’s photo of Yoko Ono in a mineral pool in Iceland, wearing a glimmer of a smile, a bathing cap and dark sunglasses. Ono asked Civetta to travel to Europe with her to create a documentary chronicling her life story. “We puddle-jumped from Paris, where she celebrated her 70th birthday with a concert I filmed at the Châtelet theater, to Berlin for an art exhibit and retrospective of John Lennon’s work, to Reykjavik, where she was resurrecting a peace tower,” Civetta said.

Civetta met Ono through her son, Sean Lennon, for whom he directed “Friendly Fire,” a feature comprised of 10 music videos to accompany Lennon’s 2006 album of the same name. The videos followed a story by Lennon, who played characters from different eras, with appearances by Bijou Phillips, Lindsay Lohan, Carrie Fisher and Devon Aoki, and costumes designed by AsFour.

Civetta is known in fashion circles for his work for Nike, Giorgio Armani and Francesco Scognamiglio, the Italian designer who’s created costumes for Madonna and Lady Gaga. The first television commercial he shot in 1998 was for Diesel and featured a scene where an amputee removed his artificial leg and pulled a pair of rolled-up jeans out of it.

“My work has conceptual underpinnings,” Civetta said. An example is his commercial for Coca-Cola in which a young boy plays an imaginary game of baseball on a field, hits a home run and slides into home plate, then drinks a bottle of Coke with the words, “How do you imagine your world?”

Civetta’s style ranges from cinema verité to montages of black-and-white film clips to computer-generated art. Kaleidoscopes of naked bodies with all manner of physique appear along with fetishized body parts. “To me, all art, to a degree, is a fetish,” he said.

A psychedelic surf film, ‘Endless Summer,’ with the New Zealand musician Connan Mockasin is a work in progress. “He sounds like Barry White interpreted through aliens,” Civetta said. “It’s feature length. We’ve shot in Nicaragua so far.What I love about film is that it’s a truly collaborative medium.”

Civetta, who said he believes in reappropriating money to “generate work you’re proud to do,” used his earnings from directing a Dunkin’ Donuts commercial to film a music video for Lou Reed’s 1999 “Ecstasy” album when he found out that Reed’s studio wasn’t going to make one.

Civetta grew up on Manhattan’s Upper East Side, where his father owned the elegant Italian restaurant, Primavera, whose regulars included Richard Avedon, Mike Nichols, Robert De Niro, Faye Dunaway and David Dinkins. After a 32-year run, Nicola Civetta closed Primavera in 2010, but his son said the restaurant, an epicenter of art and political culture in the Seventies, had a lasting influence on him.

As a teenager, Civetta discovered Federico Fellini’s films, which he called “operatic dreams.” Civetta studied film at New York University’s Tisch School of the Arts, where he got to know photographer David LaChapelle, with whom he did some projects. He’s attracted to offbeat subjects, such as Rene Ricard, the critic, poet, painter and Andy Warhol actor. “We collaborated a bit,” said Civetta, who made a short film about Ricard. “I consider him the godfather, an ornery soul.” Ricard, who lived in the Hotel Chelsea, would scribble notes to himself on the walls such as, “Don’t forget to get money from Brice Marden,” Civetta said.

“I have complex luck in making feature films,” said Civetta, who is preparing a film called “Regular Boy,” which he described as “One Flew Over the Cuckoo’s Nest” meets kids. “It’s about a therapeutic boarding school in the Berkshires, Mass., that was shut down for mistreatment” of children, he said. “It was all concocted by a madman guru. We have a foreign studio in place with U.S. producers.” The film will feature Asia Argento, Civetta’s ex-wife, among others.