‘Kicks’ Star C.J. Wallace on Acting, Music and His Favorite Pair of Jordans

The son of Faith Evans and late rapper Notorious B.I.G. is paving a path for himself onscreen. 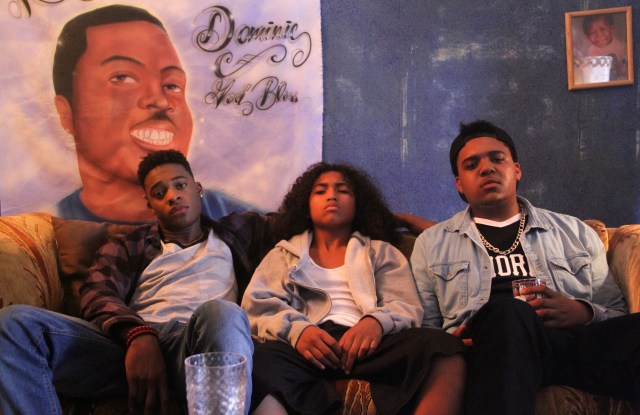 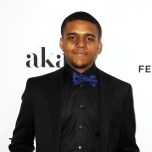 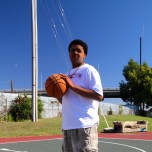 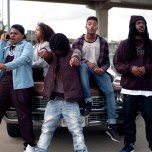 The son of R&B singer Faith Evans and Christopher Wallace — better known as the late rapper Notorious B.I.G. — is paving a path for himself onscreen.

C.J. Wallace, 19, is featured in the indie coming of age film “Kicks,” which debuted to positive reviews at Tribeca Film Festival this spring and premieres in theaters Sept. 9. The film follows the main character Brandon (played by Jahking Guillory) after his coveted pair of Air Jordans are stolen. Brandon’s two best friends, Albert and Rico, help him in his quest to retrieve his kicks.

Wallace auditioned for the movie in the summer of 2014. “The second time I got called in with Jahking and Chris [Meyer, who plays Rico]. We all got in the same audition room together in L.A., and it was just kind of a crazy moment that we were all in the same audition and we all ended up being cast together,” Wallace recalled. “It was great energy. We all played off each other really well. There was a moment where we put the script down and Justin [Tipping, the film’s director] was telling us to just talk — no script, just have a conversation. And we just kept it going.”

“I was so happy I got this role, because Albert was just so funny and different and completely different from me,” Wallace said.

“I just loved being the funny guy. Albert’s kind of like the middle man in the sense that without Brandon and Rico, Albert’s really lost. He kind of needs them so he can stay on path,” he explained. “He’ll do anything for Brandon and Rico; he’s a loyal guy.”

“Kicks” is Wallace’s third movie — his debut was in the biopic “Notorious,” in which he appeared as a younger version of his father. Afterward, he had a part in “Everything Must Go” alongside Will Ferrell, which was when the acting bug really kicked in.

“After I did ‘Everything Must Go,’ I kind of grew a deeper passion for acting,” he said. “I think that’s really when I was like ‘Wow, I really want to do this and try to be different’…I really wanted to take acting more seriously.”

This summer, Wallace has been busy reading and auditioning for his next project. “I don’t want to give away anything,” he said. “I’m hoping to land a series role very soon. I really want to get into TV, Netflix, anything really. I want to start working all of the time.” While acting has moved to the forefront of his professional ambitions, Wallace is also following in his parent’s musical footsteps. During his downtime, he’s been working on an independent music project, “Malibu Nights,” with his brother, which they hope to release prior to the Sept. 9 premiere of “Kicks.”

“It’s fun balancing the two, but it’s tough. Whenever I get a call or audition or something to read, I’ll just completely shut off the music. But when it’s slow on the acting side, I’ll just be in the studio working with my brother,” he explained. As of now, they’re producing their work independently. “Me and my brother mainly are the only ones who push our music. I’ll ask my mom time-to-time if she can post stuff on social media, but when it comes down to distributing and who’s promoting us, really it’s me, my brother and close friends trying to get our own movement started, not really carry off of anything else, or anybody else.”

In “Kicks,” sneakers serve as a symbol that transcends fashion — they represent qualities that the teenage characters strive for. Outside of the film, sneakers are a strong component of streetwear, with new releases often attracting lines of eager customers. The stolen pair of sneakers in the film is a model of Nike Air Jordans, a brand that brings a heightened level of fandom into the equation.

“I would consider myself a bit of a sneakerhead — I’m not going in line anymore to get shoes,” Wallace remarked. “If I had to choose a favorite Jordan design, my favorite is the Jordan 7s. I actually waited in line for the Olympic 7s, those were like the holy grail for me in high school,” Wallace said. “I waited in line at 3 a.m. and I couldn’t get them. I was so sad, I waited for hours, and I just couldn’t get them, they didn’t have my size.”

His take on sneakers has since evolved.

“Nowadays, if you have the money for them, people are just buying shoes every weekend. I used to really look forward to just getting one pair of shoes every year,” he remarked. “People now just buy shoes like it’s nothing; there’s no value in the shoes anymore. They’ll buy them and sell them after they wear them a few times. And it’s like, what’s the point at the end of the day?”