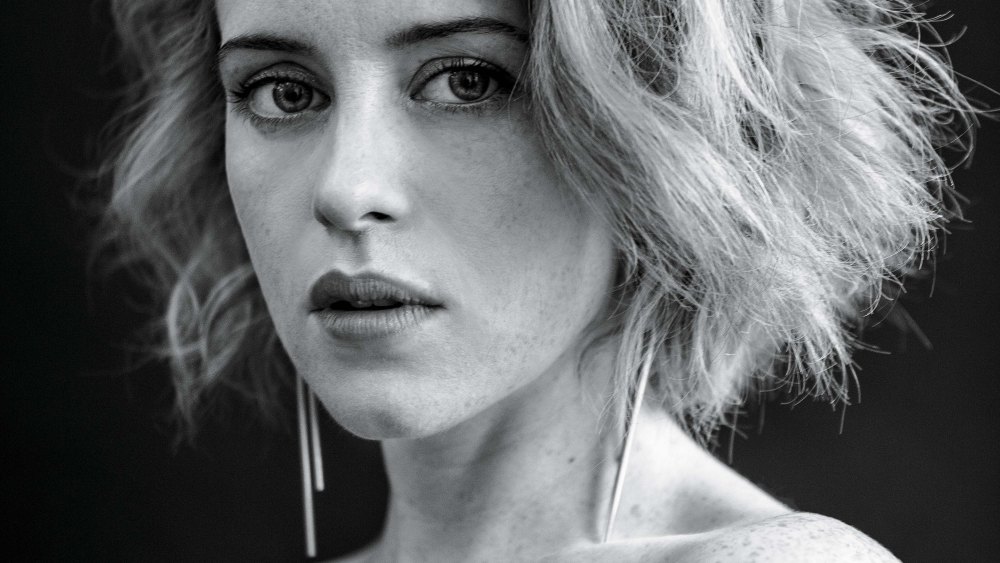 Cross-legged in a pair of Chuck Taylors is not how one pictures the Queen of England — although, if she were in her early 30s today, it might be a different story. And in “The Crown,” out Nov. 4 on Netflix, the Converse-wearing Claire Foy portrays Elizabeth II not as the polished, regally stiff persona of today, but as the young, newly married and powerful woman earnestly trying to figure out what being a monarch means.

“I tried as much as possible to steer clear of things about her now,” Foy says, in New York on a promotional break from filming the second season of the series. “She’s come a long way since she first became queen. The little things that happened sort of make a character, make a personality.”

“The Crown” delves into the unknown personality of young Elizabeth; the series begins with her marriage in November 1947 to Philip Mountbatten, who abandons his Greek and Danish royal ties for the union, with both newlyweds assuming they’ll have years of relative normalcy before she rises to the throne. That normality was shattered by the death of her father, George VI, in 1952.

“I was touched by the fact that she lost her father, really before his time, and it was a real shock. She had two young children, she was married and she was expecting that she would have her own life for a good 25 years,” Foy says. “And she knew that she’d be queen, but when that would happen she’d be prepared and she’d be ready. And then to not be prepared and not be ready, and to lose your father, and suddenly have all the world’s attention on you…I don’t think anyone could not have sympathy with that.”

There’s the obvious challenge of portraying a living, breathing person — and one, at that, who has been in the pinnacle of the public eye since birth. “You just think you know everything about them,” Foy says. “They’re sort of public property in a way, I think. When someone is 90 and you’ve seen their entire life, you just think you know everything about them, and that they must live a straight-laced life. But we don’t know anything, especially of that time. And it was a whirlwind for her, I think. We don’t really know the ins and outs.”

The costuming was “completely vital” to her portrayal, Foy says. “Especially things like the Wellington boots and the Barbour jacket, and the scarf around the head — which is so iconic and so her. It’s all very helpful because it definitely does make you feel more grounded and kind of sturdy.”

The dressing task was left to veteran costume designer Michele Clapton, a three-time Emmy winner for her work on “Game of Thrones.” “What really appealed to me was the idea of telling a little bit more about the inside and the personal life, and trying to make sense of actually the personal lives of the royal family, particularly the Queen and Philip,” Clapton says of the gig.

The show, now notoriously one of the most expensive television programs to date, gave Clapton a “decent” budget to both painstakingly re-create more famous looks (the Norman Hartnell ensembles from her wedding and coronation included), as well as take liberties with the more casual (and therefore less-documented) moments.

“There were huge state occasions, which were incredibly challenging and quite exciting, like the coronation and the wedding, and then there were these lovely private moments,” Clapton says. “Obviously for the public state occasions, which we’ve all seen, there was much footage — so we had to get those incredibly correct to actually buy ourselves artistic license and give ourselves some credibility to tell the private stories.”

Clapton was equipped with a full workroom of milliners, embroiderers and cobblers to create those more famous pieces with utmost attention to detail. “We actually had embroiderers from the Royal School of Needlework who had worked on her coronation robe,” she says. “Everything was hand-beaded, and we hand-embroidered her wedding dress. It was kind of trying to buy belief by making those pieces so correctly.”

The coronation robe and wedding gown tell the story of a figure audiences will feel they know — it was the behind-the-scenes attire that both Clapton and Foy found more interesting.

“It’s almost like a uniform, the public stuff,” Clapton says. “But when we see her in private, she looks absolutely at ease in jumpers [sweaters]. To me, she’s much more a country person.”

Foy agrees: “All the gowns and those sorts of things, I don’t think she particularly enjoys getting dressed up,” she says. “But they’re like a uniform to her. All the garments and all the jewels and everything, she’s very particular about what message she portrays with what things she’s wearing — where that one’s from, who gave them that, how long this one’s been in the family, and all that. So nothing’s an accident. But she doesn’t see it as, ‘Ooh I’m being pampered’ or that it’s glamorous. [If she could wear anything] she’d be wearing probably a kilt and some Wellington boots and a big mackintosh and a scarf and gloves, and be going out riding.” Or walking with her signature pack of Corgis.

Though Foy is yet to hear anything from Her Majesty, Netflix is banking on viewers taking to the series — the second installment is already filming, with a current projection for six seasons. From Foy’s perspective, it was this chance to tell the story of the private life that has her coming back. “You see someone and you look at them now and you think, ‘Wow, what a life that you’ve lived,’” she says. “Which is amazing — you rarely have a chance to look at someone’s entire life like that, documented.”

And never having given a single interview.