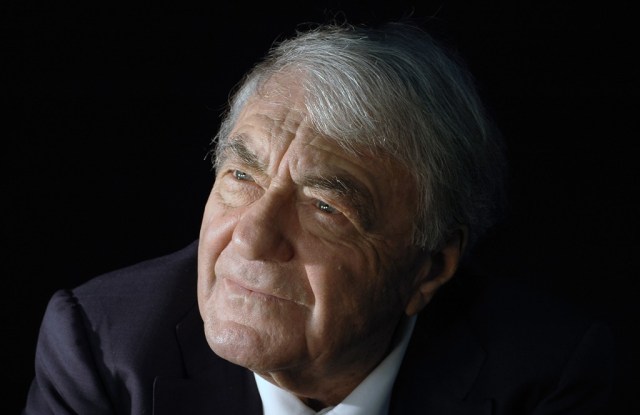 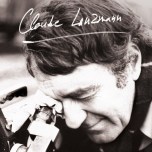 For someone who has been obsessed with death since early childhood, Claude Lanzmann has an uncommon lust for life. The director of the seminal Holocaust documentary “Shoah” and longtime editor in chief of literary review Les Temps Modernes, Lanzmann has squeezed more into one lifetime than most people could fit into three. At 86, he shows no signs of slowing down.

“I don’t take any precautions. I must be slightly nuts,” Lanzmann said recently as he discussed his memoir “The Patagonian Hare: A Memoir” (Farrar, Straus and Giroux), which was published in the U.S. last month.

“I have always taken risks, thrown caution to the wind, and when I don’t, when people tell me, ‘No, you can’t do that anymore, you’re too old,’ I feel bad. I feel guilty and cowardly. So I do stuff. I went skiing again two months ago, and I didn’t start diving until I was 70. Now I dive from a height of five meters, headfirst,” he said with obvious pride.

Lanzmann’s office, in a light-filled apartment on Paris’ Left Bank, bears witness to his extraordinary life. Scattered along the bookshelves groaning with tomes on literature, philosophy and film are personal mementos, including a signed photograph showing him with former Israeli Prime Minister Yitzhak Rabin; a BAFTA documentary award from 1986, and pictures of his grandchildren.

“I like to be where the action is,” he said of his knack for being in the right place at the right time. “We lived in a century that was a little bit more fun than this one. It was a hard, difficult and dangerous century, but there was something epic about it.”

In his memoir, the Paris-born journalist and filmmaker weaves a rich historical tapestry, covering his youth in the French Resistance, his friendship with philosophers Jean-Paul Sartre and Simone de Beauvoir — with whom he had a seven-year affair — and the laborious making of “Shoah.” The book’s title refers to his lifelong love of hares, which he sees as symbols of vitality.

“Life is not linear, at least mine hasn’t been, and neither is memory,” he explained. “That’s the way I am. I didn’t make a plan for ‘Shoah,’ and I didn’t make one for this book either.”

Allowing his memory to roam freely allowed Lanzmann to broach subjects he had previously considered too painful to discuss, such as the 1966 suicide of his sister Evelyne, and his relationship with his mother, who left the family home when he was age 8. “I think I have written a sincere account,” he said.

One of the central questions raised by the book is why Lanzmann, a lifelong atheist, has devoted much of his life to exploring issues related to Judaism. His first documentary, “Israel, Why,” was born of his “visceral attachment” to Israel, and the nine-hour “Shoah” — which was released in 1985, after 12 years in the making — has been termed the definitive oral record of the horrors of World War II concentration camps under Nazi rule.

“It’s a mystery,” acknowledged Lanzmann, noting that he was raised with little knowledge of his Jewish ancestry but always felt like an outsider in France. “It’s as if you carried the memory of things you have not lived yourself.”

The fear of death is a constant theme in his life story. As a child, he would check for assassins lurking behind the drapes, and later on, he campaigned tirelessly against the death penalty.

“I am horrified by death. I think it’s a complete scandal, all the more because there is no reprieve as far as I’m concerned. I am a conscious, serious atheist. I don’t believe in a hereafter,” he said.

“‘Life is everything.’ That’s what the people in the Special Commando at Auschwitz, which was in charge of maintenance for the extermination camps, used to say. I selected them to appear in ‘Shoah’ because they were the only ones who witnessed the death of their people, apart from the Nazis, obviously,” said Lanzmann, adding that he was interested in the victims, not the survivors.

Now that he has reached an age in which thoughts of death might be considered legitimate, Lanzmann clings to life more fiercely than ever. He followed the U.S. release of “The Patagonian Hare” with numerous public engagements, including stops at the New York Public Library, Harvard University and the Brooklyn Academy of Music.