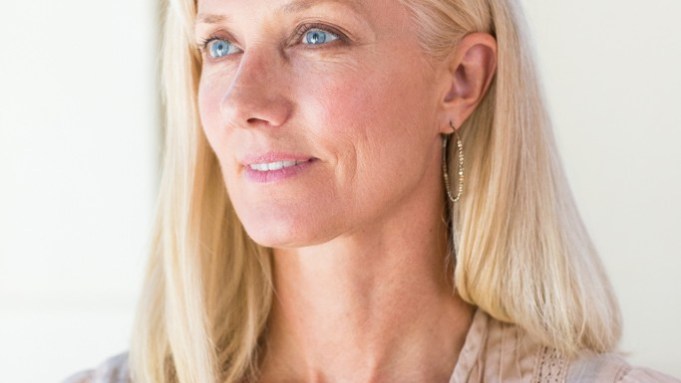 While some actresses hide behind plastic surgery or lie about their age, Joely Richardson happily and proudly proclaims she will turn 50 this year, and with the help of nary a nip or a tuck. In fact, it’s her age that led her to a new creative challenge, a one-woman show about the poet Emily Dickinson in which the actress will play 15 characters.

“I look at age as something to be proud of,” Richardson says. “Everybody is obsessed with youth. Whether I succeed or fail, it’s about the decision to star in ‘The Belle of Amherst.’ That’s my celebration of turning 50. In some subconscious way, it’s the call of the wild that keeps us making these decisions to stretch ourselves.”

Richardson, whose most famous role to date was on the plastic surgery-obsessed cable series “Nip/Tuck,” not to mention as the real-life daughter of the Tony Richardson-Vanessa Redgrave theatrical dynasty, has tackled the stage before. But “Belle” is an altogether different undertaking. There are not only the physical demands of the role, but the intimidating legacy of its original 1976 production, which starred the indomitable Julie Harris.

“This is by far and away the hardest thing I’ve ever done,” Richardson says. She was speaking over breakfast in Manhattan a few days before the play’s Oct. 7 opening at the Westside Theatre Upstairs. Fifty or not, she looked luminous, a tall blonde out of the play’s stuffy William Ivey Long costume who prefers to glide through Manhattan mostly unnoticed, wearing what she calls “clothes you can roll around in.”

“Belle” marks Richardson’s return to New York theater after a few years busy with movies — first, “Papa,” about Ernest Hemingway, and later “Fallen,” a fantasy drama: “It’s been quite an extraordinary year full of surprises. This is the culmination of a very long arc.” The last time she made a grand stage comeback was in 2011, when, after a decade away, she starred in Michael Weller’s “Side Effects,” and walked away not just with rave reviews but a Drama Desk Award nomination.

“Not having done theater for a decade, [‘Side Effects’] was seriously hard,” she says. “But I thought, ‘Can I really call myself an actress if I do all these little bits and then something wonderful and meaty comes along and I pass?’”

Richardson followed that by assuming the daunting role of Ellida in Henrik Ibsen’s “The Lady of the Sea,” which showed her willingness to take risks. The part had been previously played by both Redgrave, her mother, and her late sister, Natasha Richardson. After a performance, a friend of the family wrote her, “Wow, this proves you had balls, great big ones!”

William Luce’s “The Belle of Amherst” at first didn’t pull Richardson in. “I just couldn’t see what the enjoyment factor would be in doing a one-person show,” she says. But the more she read, the more common ground she found with the reclusive poet.

“The person I met in the script was a voice I recognized,” she says. “Many things she felt were part of my spiritual world or intellectual makeup, although I think that’s giving myself a little too much credit. It was just her feelings about nature. I’m a huge gardener, it’s a big passion of mine.” And while Dickinson is one of the most well-known authors in the American canon, the woman in the play is very different from the one we’ve come to know from popular culture.

“Her wit is absolutely simultaneously biting and engaging, and it’s predominant,” Richardson says. “That’s what I love most about the script. She’s not pious or earnest. She’s mischievous and fun.”

If all goes according to plan, audiences and critics will acclaim her return to the New York stage with the same fervor as in 2011 and the play will run through the end of January.

“It’s been many months away,” she says of coming back to the theater. “But this is a once-in-a-lifetime opportunity. I just hope to do it justice.”