The author has penned "A Booklover's Guide to New York" with illustrations by her father, Pierre Le-Tan.

Cleo Le-Tan at Books of Wonder

When Cleo Le-Tan moved to New York a few years ago, she was finishing up her first novel, “Une Famille (A Family).” She needed to find somewhere to write — somewhere that wasn’t WeWork — and landed at her local library.

“I just treat the libraries like a free WeWork. You go there and you can just write and work and it’s free, and anybody can go there without presenting their I.D.,” says Le-Tan, the daughter of famed illustrator Pierre Le-Tan and sister of accessories designer Olympia Le-Tan. “Anyways, I found the Mulberry Street Library, which is an old chocolate factory in SoHo, and I would go there every day. And the library just became my office.”

After finishing up her novel (which was inspired by her own family) amidst the crowd of eccentric locals who frequented the library, Le-Tan became “obsessed” with libraries.

“And then that drew me to everything else book-related in New York: bookshops and literary landmarks and places where authors lived or where they used to write. And I just wanted to put everything together in a book,” she says, while seated at a wooden table inside one of the many locations featured in the guide, the children’s bookstore Books of Wonder on 18th Street in Chelsea. “I tried to pay homage to book lovers and bibliophiles.” 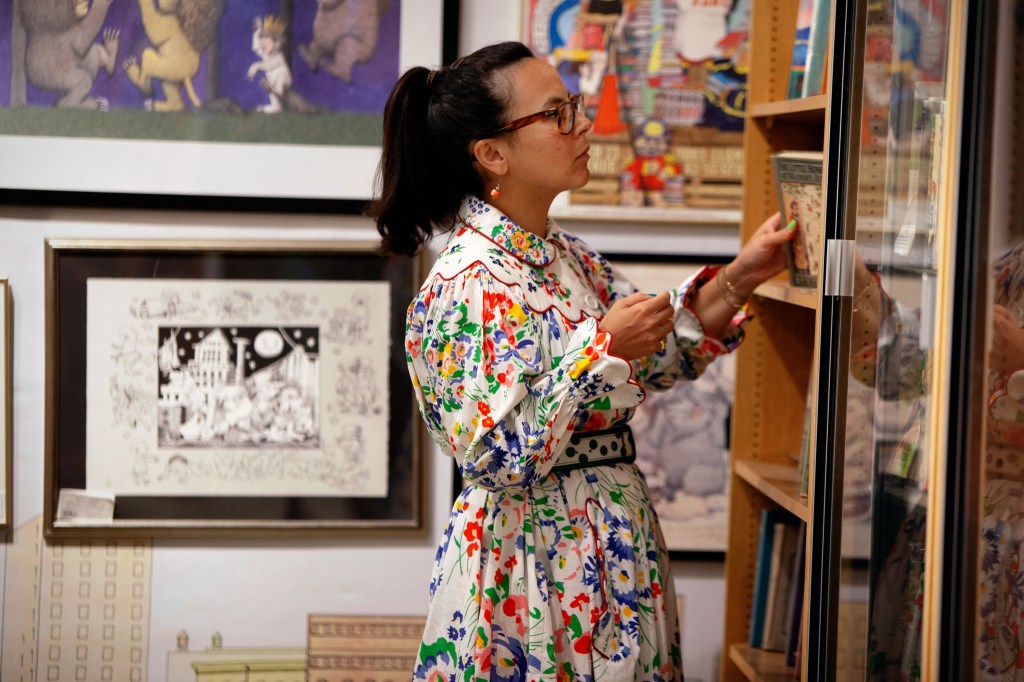 The delightful book is divided by borough, although Manhattan is the central focus and is organized by neighborhood. After compiling a list of places, she set out to visit as many places as she could, and estimates that she went to 80 to 90 percent of the over 200 locations mentioned in the book.

“One of the best parts of the book was meeting all the people — the book shop owners, the librarians — calling up all those people and going to their bookshops to meet them,” she says. “It was fun also seeing these back offices of the bookshops and places like that.”

The guide, in addition to profiles of the various places mentioned, is also peppered with interviews with New Yorkers ranging from writers to bookshop owners and book lovers, including Marc Jacobs, Eddie Huang, Nan and Gay Talese, Richard Price and Christopher J. Platt, the chief branch officer for the New York Public Library.

“He knew all the logistics and all the ins and outs. I tried to ask him fun questions like I was curious to know what the highest fine the libraries ever had and things like that,” she says of her interview with Platt. “I wanted to have different perspectives of New York from different people — like Sigrid Nunez; her writing is so different — and I just wanted to show all different facets of New York.” 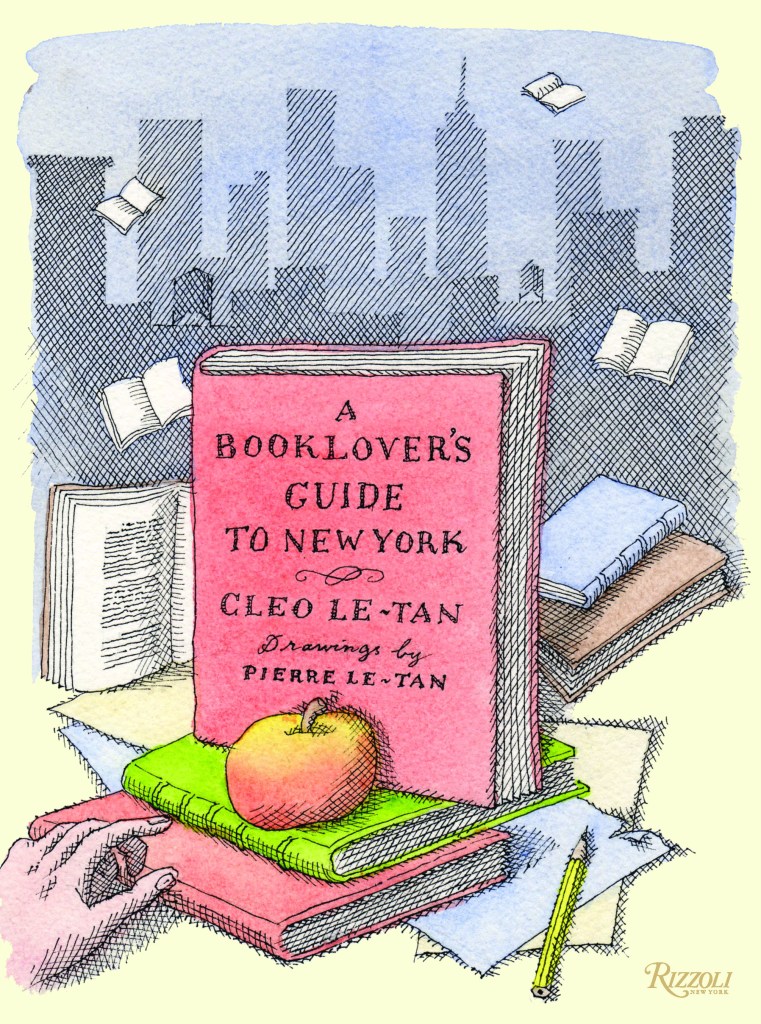 “A Booklover’s Guide to New York” by Cleo Le-Tan.  Courtesy of Rizzoli

She recruited her father as a collaborator for the project’s visuals. Although he currently resides in Paris, he moved to New York in the late Sixties to illustrate covers for the New Yorker, and has personal ties to the sorts of literary places depicted in the book. He ended up illustrating many of the locations and people mentioned, adding flourishes and whimsy to the photographs.

“He didn’t want to draw every single place; that would be insane,” she says, adding that the prospect became more daunting as the book grew by almost 100 pages. “It just kept growing, and so the drawings too kept growing. I would call him all the time and ask him for new drawings. He was dodging my calls, he was hiding. He hides a lot, but in the end he got the job done,” she adds. “I was hiding from Rizzoli, he was hiding from me. It was just like a big hide-and-seek game.”

After combing through the city’s vast literary offerings, Le-Tan was most surprised to discover, well, just how many places there were to discover.

“There are a lot of hidden places. Or places that are there and you just sort of walk by them all the time, and you never even see them,” she says.

Such as Jefferson Market Library, her current favorite library to work from.

“It’s the old court house on Sixth avenue in the West Village. Not many people know that it’s a library, and that’s why it’s amazing,” she says. “It’s also a bit modern —the floors are a bit shiny and some of the shelves are brand new — but it’s just so cool in there, and it’s got so many local people. And there are no toilets there, it also just sort of keeps the rotation of people.”

She also likes the public library on 53rd street for its poor cell reception and less charming environment. “It’s good for concentrating and working,” she says.

She’ll have to start sourcing libraries to work from internationally, though, because she has plans to pen booklover’s guidebooks for other cities. She’s next working on one for her hometown, Paris, and hopes to tackle London, Tokyo and L.A., which would eventually create a boxed set. She hopes to continue collaborating with her father for all those editions, too. “If I can coerce him into it again,” she says, winking. 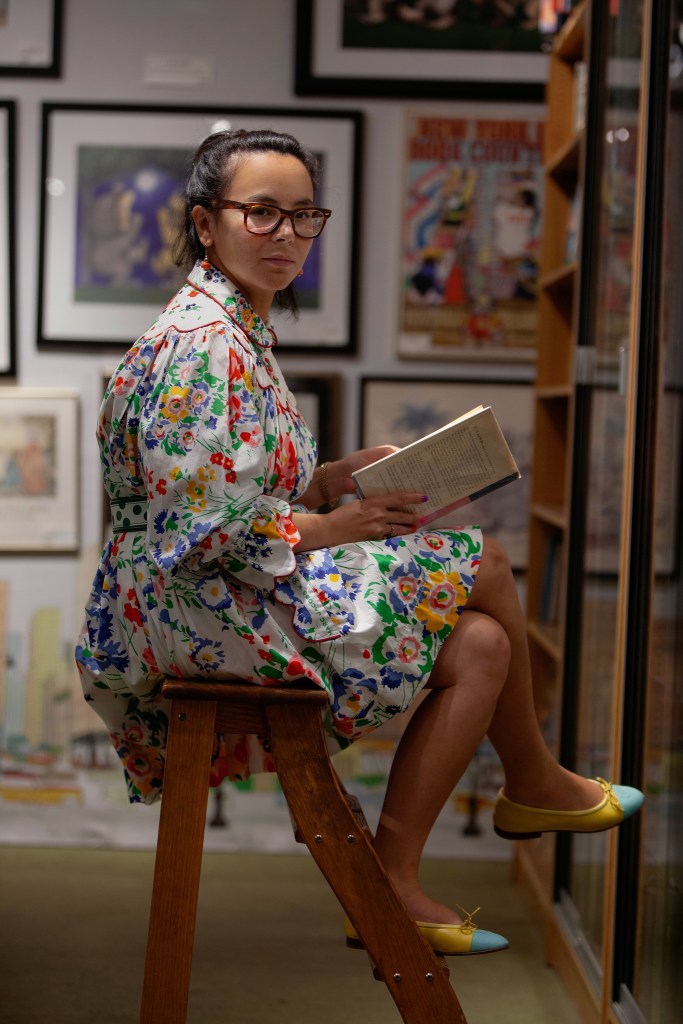 What to Watch: The Six Books We’ll Be Reading This Fall

Mary H.K. Choi Is Learning to Let Go of the Pressure