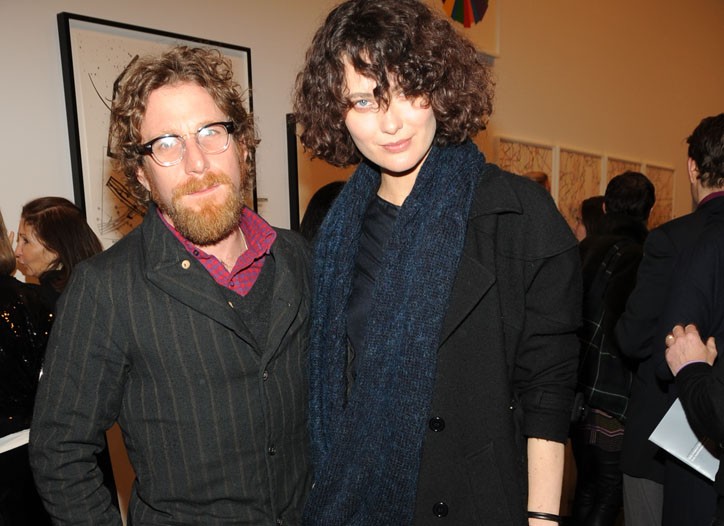 On Friday night, art world heavyweights filed into the Chelsea outpost of the Gagosian Gallery for a cocktail party and auction hosted by Richard and Clara Serra and benefiting The Family Resource Center of the Partnership for the Homeless.

Larry Gagosian prowled the room, contemplating Jeffrey Deitch’s recent leap from gallerist to director of the Museum of Contemporary Art in Los Angeles. “I’m thinking about [going to] the Louvre,” Gagosian said with a laugh.

Shalom Harlow perused the lots with beau Dustin Yellin whose sculpture was getting several bids. Harlow admitted she’s not much of an art collector herself. “Just boyfriends,” she said with a smile.

Then Jessye Norman performed a rousing set before the main event began: a live auction led by Sotheby’s Tobias Meyer. Fifteen pieces of contemporary art were on the block, ranging from an Ed Ruscha acrylic and ink (bought by Agnes Gund, who was out on the town just three weeks after a knee replacement) to a Richard Serra work on paper estimated at $500,000.

Dorothy Lichtenstein donated a sculpture by her late husband, Roy, which went for $30,000 more than its highest estimated value of $300,000. “Charity sales are the hardest to do,” said Meyer. “It’s not about the market. It’s all about the spirit of the moment.”

Considering the night raised over $1.4 million, it seems Meyer was having a moment.