The Italian rising actress, starring in Netflix's "Summertime" series, hopes her story will inspire Italian talents with a multicultural background.

Like many teenagers, Coco Rebecca Edogamhe had an issue with a part of herself. In her case: hair. The daughter of an Italian mother and a Nigerian father, Edogamhe, who is 19, is the star of Italy’s successful Nextflix series “Summertime,” which put her on the map as one of the country’s most promising young talents.

The actress, who was raised outside Bologna and graduated from high school this past summer, now leaves her hair in its natural texture, but it hasn’t always been like that. “When I was younger, I wanted to have the same straight hair of my friends, so I used the straightener every day until my hair got really damaged. At that point, I started applying braids,” Edogamhe said. “But, about two and half years ago, I finally found the courage to show my natural look and now I love it. I’m proud of it and I don’t want to hide my origins anymore.”

Growing up as a girl of color surrounded by white kids has never been a big problem for the up-and-coming artist. “I never had to face too difficult situations and I have never had to deal with really racist people,” she said. “Actually, I always felt quite lucky to grow up with parents with different backgrounds since this gave me the chance to see and experience different things.”

Although Edogamhe spends her summers with her mother’s family in Apulia, she has never had the chance to visit her father’s native country, Nigeria. “He taught me a lot about his origins, especially through the music that we used to listen to every Sunday at home.” 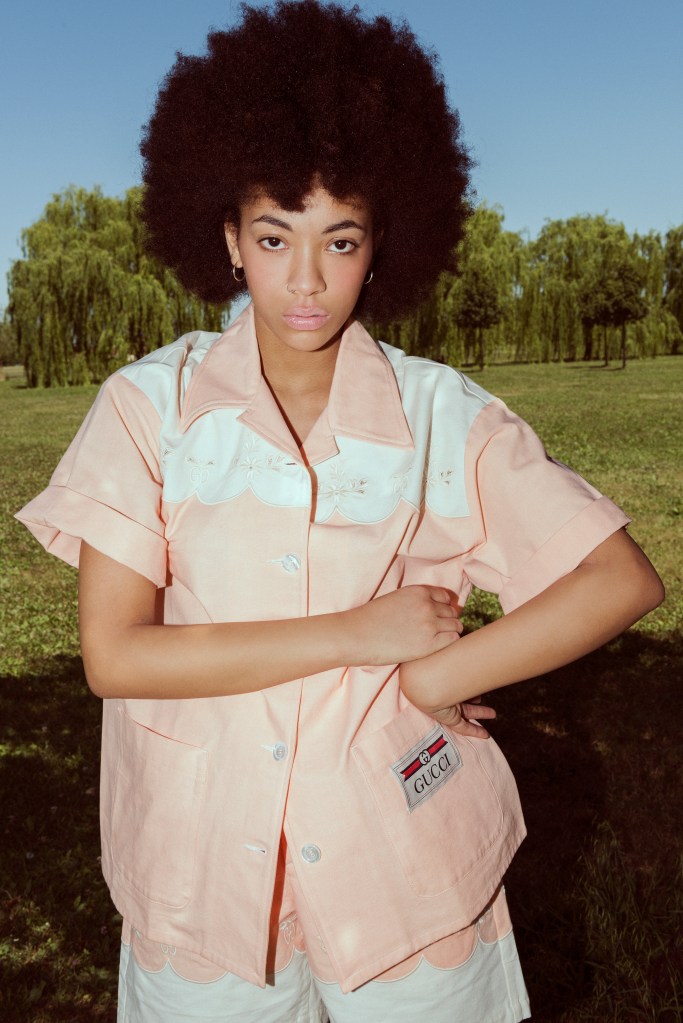 Even if she never attended acting classes, Edogamhe always nurtured the dream of working in the entertainment industry. “With my sister, [who is also part of the casting of “Summertime”], we always organized ballets, runway shows and plays.”

At the same time, the Italian actress has captured the attention of Gucci, which recently called her for a shoot, and of other brands, including Liu Jo, which selected her for the “My Italian Dream” digital and inspirational project.

“I’ve always been attracted by fashion. When I was young I used to embellish tank tops with beads and cut T-shirts, and I have also been a major fan of TV programs like ‘Project Runway’ and ‘America’s Next Top Model,’” she said. “Now being asked by brands to wear their clothes and pose for them really feels like a dream.”

But Edogamhe doesn’t see this popularity as an achievement only for herself. “I really hope that what happened to me can be a stimulus for others with a diverse background in our country to pursue their dreams,” she said. “I really hope that people will become more aware that the Italian population is becoming more and more diverse and that seeing an Italian girl of color on the screen is just normal.”