WWD chats with the Oscar-winning costume designer about her work on "Snow White and the Huntsman." 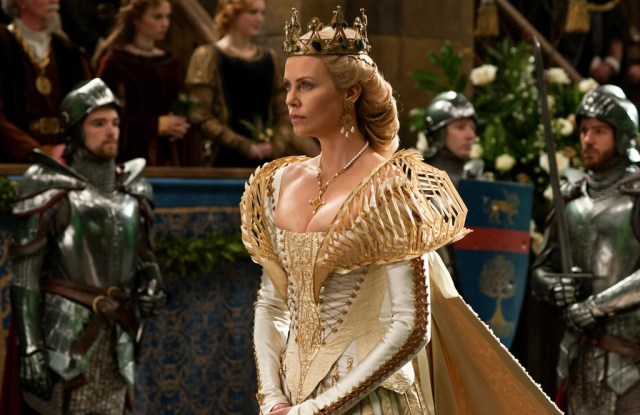 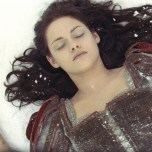 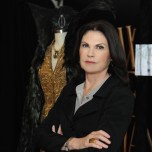 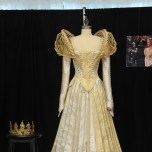 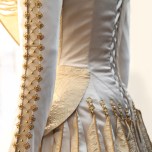 If Colleen Atwood’s name sounds more familiar than other costume designers’, perhaps it’s because she has won three Oscars in the last nine years, a higher batting average than Meryl Streep’s. The winning films — Tim Burton’s “Alice in Wonderland” and Rob Marshall’s “Memoirs of a Geisha” and “Chicago” — represent longtime collaborations with A-list directors, and her latest project for Burton, “Dark Shadows,” is in theaters now. But the Atwood movie that seems to have fans in a frenzy at the moment is “Snow White and the Huntsman,” a dark retelling of the fairy tale starring Kristen Stewart, Charlize Theron and Chris Hemsworth, due in theaters Friday.

A lucky few got an up-close look at several of the costumes on display in a “Snow White” promotional pop-up gallery in Hollywood, which will remain open until June 3, where Atwood detailed the work that took nine months to complete.

“I started with the suits of armor because I needed about 600 of them for two armies,” she says. “Six months into it, I started on the rest.”

“The rest” are the real showstoppers. Theron’s Queen Ravenna costumes, which rival Paris couture with intricate embroidery and meticulously placed embellishments ranging from hundreds of leather paillettes to thousands of hand-trimmed cock feathers and edible beetle wings. The jewelry was custom made by Cathy Waterman.

“There’s always a buzz in the room when an actress puts on a costume. Sometimes they’ll do a little walk-around for the staff. You don’t make clothes like this alone, so it’s nice for everyone to feel like they’re a part of it,” she says of the U.K.-based team that made the gowns.

Stewart’s Snow White wears the same servant girl’s tunic for most of the film, but Atwood made 25 versions to account for the physical role. Even Theron needed three leather and beetle wing gowns for the climactic battle scene. While it may cause many a seamstress to wince at hours of handiwork being destroyed for one shot, the upside is costumes becoming immortalized on film.

With “Snow White” behind her, Atwood will next turn to a remake of a slightly more modern fairy tale — the charmed life of Nick and Nora Charles in Rob Marshall’s remake of the “The Thin Man.” The film is dutifully set in the Thirties with Johnny Depp stepping into the lead role originated by William Powell (Myrna Loy’s successor has yet to be named.)

“You can find something that’s amazing in every time period,” Atwood says. “There are always things to compel you and drag you into another world.”