The rapper Common has a very busy few weeks ahead. 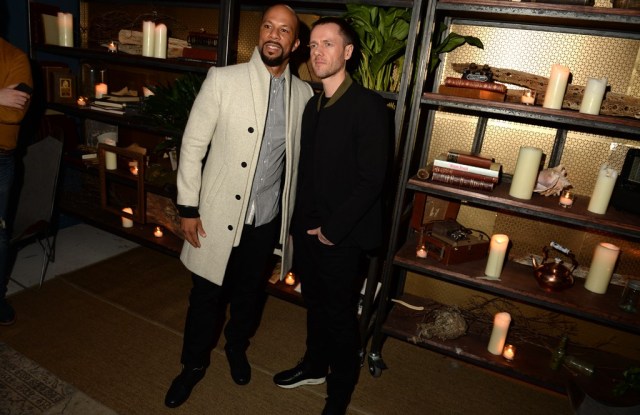 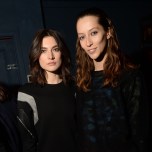 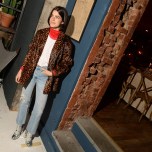 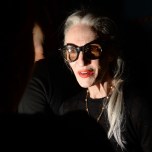 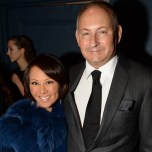 The rapper Common has a very busy few weeks ahead.

On Sunday, he’ll be performing with John Legend at the Grammys in a tribute to the film “Selma” that is expected to be joined by Beyoncé. And soon he’ll be starting rehearsals for his performance of the film’s nominated song, “Glory,” at the Academy Awards later this month.

He made time on Tuesday to come to New York and pay his respects to two favored labels, Rag & Bone and Tim Coppens.

Common has the distinction of receiving one of the two nominations for “Selma” — the other was best picture — a snub that triggered a round of online hand-wringing about the Oscars’ perceived bias. So, what did he make of the lack of nominations? Were there some nefarious forces at work?

“Of course we were disappointed Ava [DuVernay] didn’t get nominated, or even David [Oyelowo],” he said referring to the director and star, respectively. “We also understand the Oscars are about voting and if people vote and it doesn’t happen, we really can’t cry about the process. And ultimately, we are grateful to have a best picture nomination. That’s a great company to be in. And for John and I to be nominated for an Academy Award, it’s a milestone in both our careers. We’re grateful for what we do have.” There you have it. Controversy over.

The performer’s first stop of the night was at DIA Center for Rag & Bone’s presentation of its fall men’s wear collection, shown in a short film on the backs of street dancer Lil’ Buck — who’ll also be at the Grammys Sunday, performing with Madonna — and ballet great Mikhail Baryshnikov.

“We like opposites. We like crashing things, the idea of old school versus new school,” designer Marcus Wainwright said. “I was flabbergasted when [Baryshnikov] said ‘yes.’” How did he become aware of the label? “My kids wear it, mostly,” Baryshnikov said.

Nearby at 58 Gansevoort, Phil Winser’s new events space, John Demsey was throwing a dinner for Coppens ahead of the launch of the designer’s women’s wear business in stores this spring — his fall show during New York Fashion Week will be his fifth season working with MAC. The relationship with Common goes back further.

“I’ve really worn a lot of his stuff, even at the White House,” the singer said. He didn’t want to commit yet, though, to what he’ll wear to the Oscars, Coppens, Rag & Bone or other. “I have this incredible stylist Micaela [Erlanger] so we’ll be collaborating and cocreating and see what comes up.” That’s OK — Coppens hasn’t had time to see his movie either. “I’m working 24/7,” he said.