The daughter of designer Agatha Ruiz de la Prada talks about her role in the brand — and everything else. 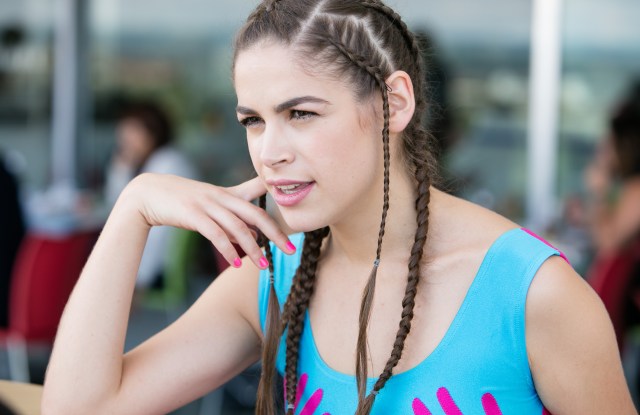 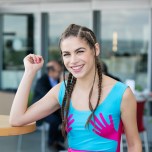 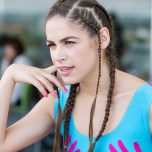 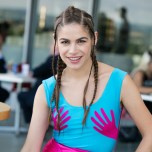 MADRID — Cósima Ramírez takes a dim view of Spanish fashion — and she has the moxie to say so.

“With few exceptions — and that includes my mother — nothing has happened in Spanish fashion since the Eighties. Sometimes I feel the mediocrity of Spain is winning out; the country is dominated by pettiness. We’re in definite need of disruption,” she says, not in a shy way.

A thoroughly modern — and maverick — Millennial, Cósima Ramírez has worked since 2014 in Ruiz de la Prada’s fashion business as director of international relations (she winces at the title), which translates into “pretty much what my mother wants done.” Brother Tristán, 29, is general manager so the hereditary chips, it would seem, have not fallen far from the fashion tree.

As for what she brings to the table? “Exclusivity, quality, oneness are all the things I’d like to resurrect. We should be after clothes that last a lifetime rather than something you burn after a season. What is truly sad is that fashion, which represents our culture, has become degenerative from media overexposure and a reliance on short-term benefits and long-term intentions. Too many players worldwide have nothing new to say.

“As a small family-owned business, we have to stay very creative,” Ramírez says.

Ramírez says she is more and more involved in design. “It’s the moment to revamp the brand, which will include more sustainable projects, ecological themes and materials. We have always been a very democratic brand and my vision for the future is to go back to the quality of things; that will be my input.

“If as young people we don’t have a bit of optimism, we’re all lost,” she adds. “I grew up in a multicolored world and that makes optimism and fashion easier — even if I didn’t choose it.

“The future is clearly digital,” she concludes with a shrug of acceptance. “But I hate social media; it’s dangerous and addictive. My generation has been damaged by Instagram, meaning a whole level of hypocrisy because it’s completely fake. We all have a shorter attention span due to it and I can see it is making me more stupid.”

She reportedly was anti-Agatha until the age of 18? “I was very well-dressed as a child but then I went through a distinct period when I wore only black [a big-time no-no for Ruiz de la Prada and a color she never uses — or wears].” But at Brown University, where Ramírez majored in history and literature, “I was called ‘the high-lighter’ because of the colors I wore.”

She admits she can’t wear some of the brand’s designs — like the 3-D hearts and flowers or Michelin-tire effects, for example. “Oh no, I love the kitsch, it’s the more demure things I won’t put on.”

The Agatha Ruiz de la Prada ready-to-wear label — made up of women’s and children’s wear, baby clothes and a smattering of men’s accessories along with roughly 50 licensed products — from washing machines and security doors (Ramírez’s personal favorite) to Astro turf, has a retail presence in 150 countries and freestanding stores in Madrid, Paris, New York, Milan and a Bogotá, Colombia, location that opened in mid-November.

“We’re not expanding for the sake of it; we won’t fall into the trap of empty consumerism but we are always up to something,” Cosima confirms. For instance, current projects include a facelift to the Milan store which is “a little out of date. It’s a massive space so I’m looking for new licenses to fill it up.” A possible candidate is an eco-friendly decorative cardboard manufacturer, she reveals.

As for emerging markets, “Tristán and I have Asia on the books but so far we’re being a bit cautious. We don’t have much there yet; it’s hard to find the right partners.”