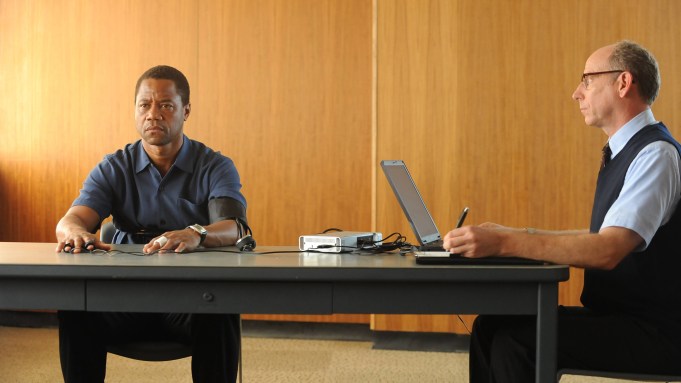 There’s a reason why The People v. OJ Simpson was called the Trial of the Century — it was perhaps the most publicly covered lawsuit ever and the beginning of the now normal 24-hour celebrity news cycle.

It was important, then, for the team behind “American Crime Story,” led by producer Ryan Murphy and writers Scott Alexander and Larry Karaszewski, to get it right. The show, which premieres Tuesday on FX, is based on Jeffrey Toobin’s book “The Run of His Life.” Audiences likely don’t need a synopsis ahead of time but here it is: In 1994, Simpson was accused of murdering his wife, Nicole Brown Simpson, and her friend, Ronald Goldman. He was acquitted, but not before 134 days of televised hearings — that all boiled down to a glove.

For costume designer Hala Bahmet, the fact that the story is true — and relatively recent — meant that veracity was of utmost importance. “We talked about it quite a bit that we’re not making a documentary, but we do want to have an accurate portrayal of the time, of the main characters — what they really looked like, what they really wore and what was really going on with them,” she says.

Her team compiled months of research. “There was a conscious decision for everybody to not meet with the actual people, but we did have a wealth of information available to us. For instance, I used everything from GQ and Vogue and glossy fashion magazines, all the way down to the Sears and the J.C. Penney catalogues,” says Bahmet. “[We had] actual Versace and Chanel [in the show] and then people on the side of the road wearing their Eighties baggy shorts and pink baggy T-shirts.” Not to mention the lawyers in the trial, in their stereotypical big-shouldered suits.

The thousands of costumes serve as a time capsule of the period and Bahmet worked to include various fashion movements into the show, from grunge to gangsta rap. She sourced from independent Los Angeles vintage stores — including Decades, The Way We Wore and Catwalk — as well as the costume departments of major movie studies such as Warner Brothers, Universal and Fox, pulling clothes that were used in movies of the Eighties. For the lead women (Selma Blair, who plays Kris Jenner; Connie Britton as Faye Resnick, and Sarah Paulson as Marcia Clark), the wardrobes are mainly made up of Thierry Mugler, Giorgio Armani, Azzedine Alaïa, Donna Karan, Versace and Chanel. Cuba Gooding Jr. (O.J. Simpson), David Schwimmer (Robert Kardashian) and John Travolta (Robert Shapiro) mostly wore Valentino and Karl Lagerfeld.

“It didn’t have to match exactly to what the people were [wearing]. We just wanted to capture their essence and nail the iconic moments,” says Bahmet. For example, “the way we approached Kris Jenner was that she’s the kind of women where, if you show up at her house at 8 o’clock in the morning, she is polished, she is put together, she’s dressed and she’s ready for her day.”

Meanwhile, Resnick, then a strung-out model/socialite and now a “Real Housewife of Beverly Hills,” wore vintage pieces from the Forties. “It was fun for us to differentiate these women who were all really close to each other,” Bahmet says, adding, “The costumes didn’t happen in a void or a vacuum. We worked really closely with the hair department, with the makeup department, with the actors with the prop guy, with the set director.”

If Murphy’s past shows — “Nip/Tuck,” “Glee,” “American Horror Story” — are any indication, “American Crime Story” is set to be a runaway success. It’s one reason why Bahmet wanted to join the project, and take on her first TV series. “I was at the point where I was seeing that the exciting work was happening in television — they’re the ones taking the risks, they’re the ones doing interesting stories. You’re seeing all these A-list film actors flocking to television. You’re seeing all these feature people flocking to television,” she says. “Because that’s where the cool stuff is.”