The holiday film is out today on Netflix.

“It’s an interesting genre, because it’s a holiday movie, but it’s an extremely diverse cast,” continued Wilkinson. “We wanted to reflect that diversity with our costume decisions. We aimed for this fusion of 19th-century silhouettes with African culture.”

He refers to the look as “Afro-Victorian,” adding: “In the world of fantastical, the story worked on such a completing human level that we really wanted to reach out to audiences and offer them something very appealing and modern.” 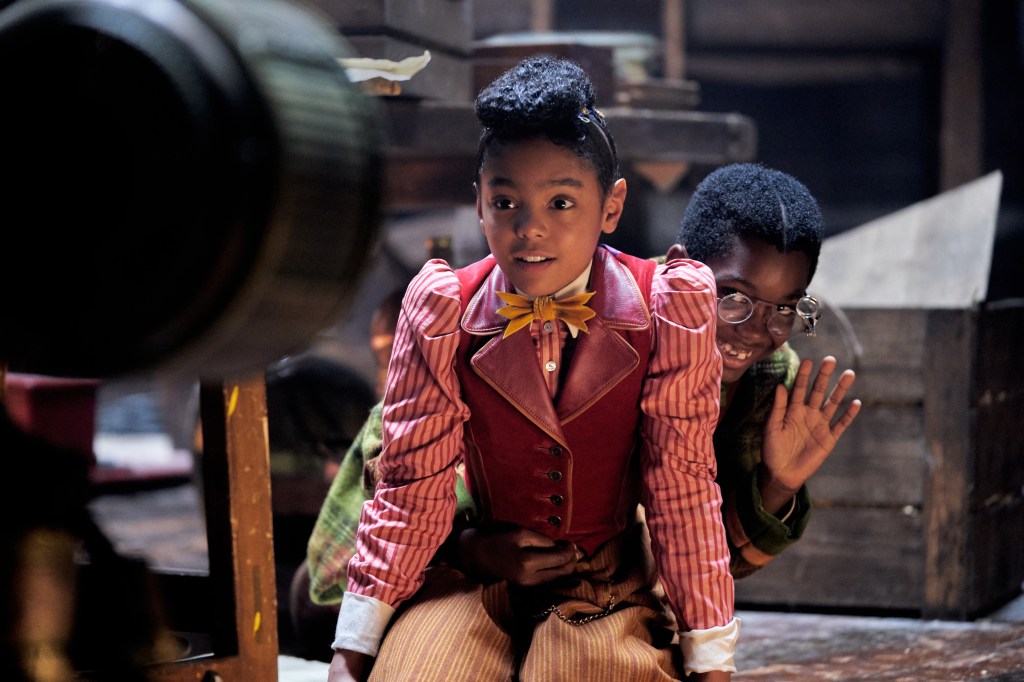 Madalen Mills as her character, Journey, and Kieron Dyer as Edison.  Courtesy of Netflix/Gareth Gatrell

Shot in a studio outside London last year, the film tells the story of an eccentric toymaker, Jeronicus, his granddaughter named Journey and a special invention that comes to life. It stars young actress Madalen Mills, as well as Anika Noni Rose, Phylicia Rashad, Keegan-Michael Key, Justin Cornwell and Forest Whitaker.

“Forest is a very intelligent and deep-thinking man,” said Wilkinson of his experience working with the actor, who plays the toy maker. “To bring that dedication and his amazing acting expertise to a project like this just really raised the bar for everyone. He was wonderful for me to create costumes for, because he had a very quirky and surprising reaction to things. He would really react to how different fabrics felt on his body. It made him walk or move in a specific way that gave him some insight into his character.” 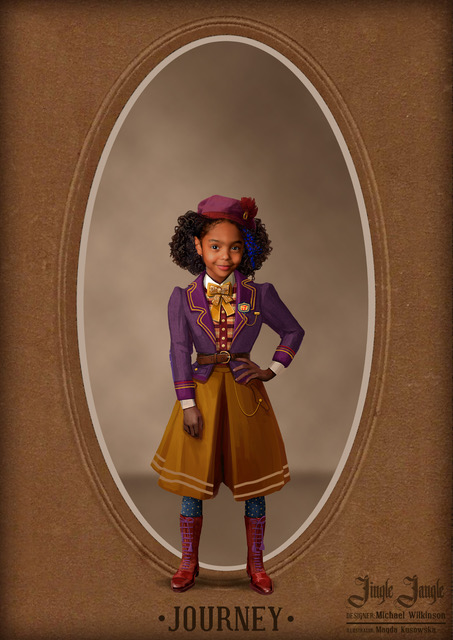 A sketch of actress Madalen Mills in character.  Courtesy of Michael Wilkinson

Wilkinson, who’s from Sydney, enjoys diving deep into research for every project. With this film, he mixed the old and new, sourcing some items but making most costumes from scratch. When deciding on the fabrics used, he was particularly drawn to the textiles of West Africa for their bold colors and patterns. And for research, he explored paintings, historical documents, prints and photographs from the period. Working with Talbert, he wanted to bring the 19th century to life.

“We’re so used to seeing images of the era in black-and-white photography, but we really wanted to render everything full of color, full of life,” he said. “There are so many quirky characters. They have vibrant passions, and you really feel their struggles and triumphs. We really wanted to bring this forcefully onto the screen.”

While musicals are nothing new for Wilkinson, who was notably the costume designer for Ritchie’s “Aladdin,” a new challenge presented itself with this project: making sure the Victorian-era silhouettes were strong and defined yet movable for the actors, who dance and perform acrobatics.

“Creating costumes for a musical where there’s lots of very robust choreography was very challenging for me,” he said. He adjusted the patterns to make the movements possible, particularly for women, but also discovered something new. “The layering element of Victorian clothing [was useful] to the fluidity with the skirts and petticoats.” 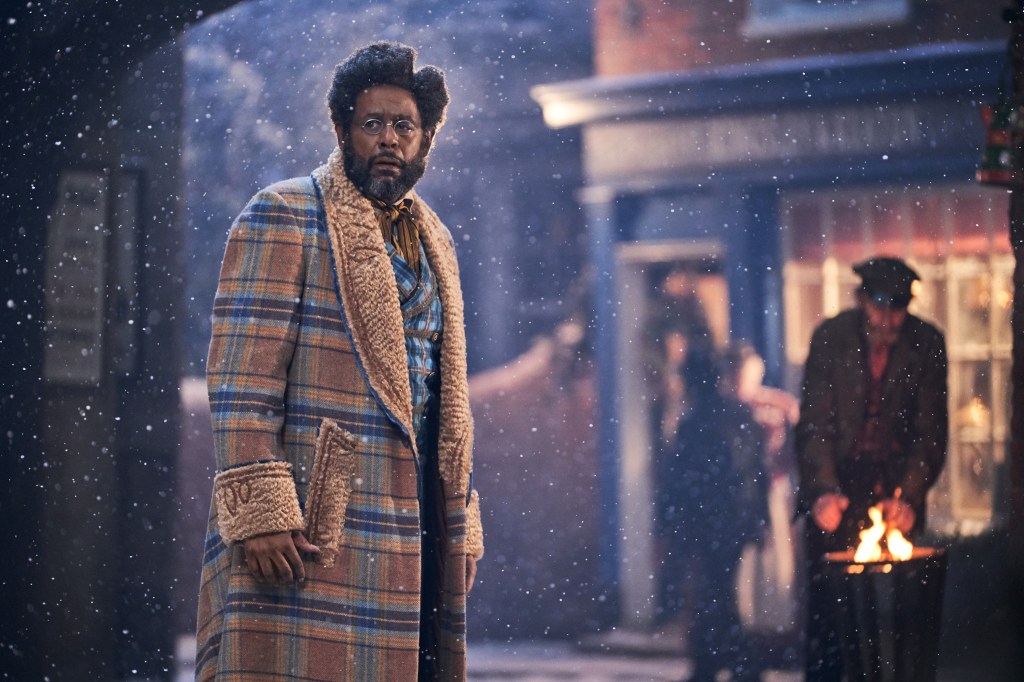 Wilkinson is working on a “big,” unannounced project that he’s particularly enjoying, he said. The endeavor encompasses multiple episodes, produced by a digital streaming platform.

“It’s hours’ worth of material that is allowing me to go very deep in my exploration of these characters, so much more than a two- to three-hour feature film, so I’m really enjoying that new experience,” he said. 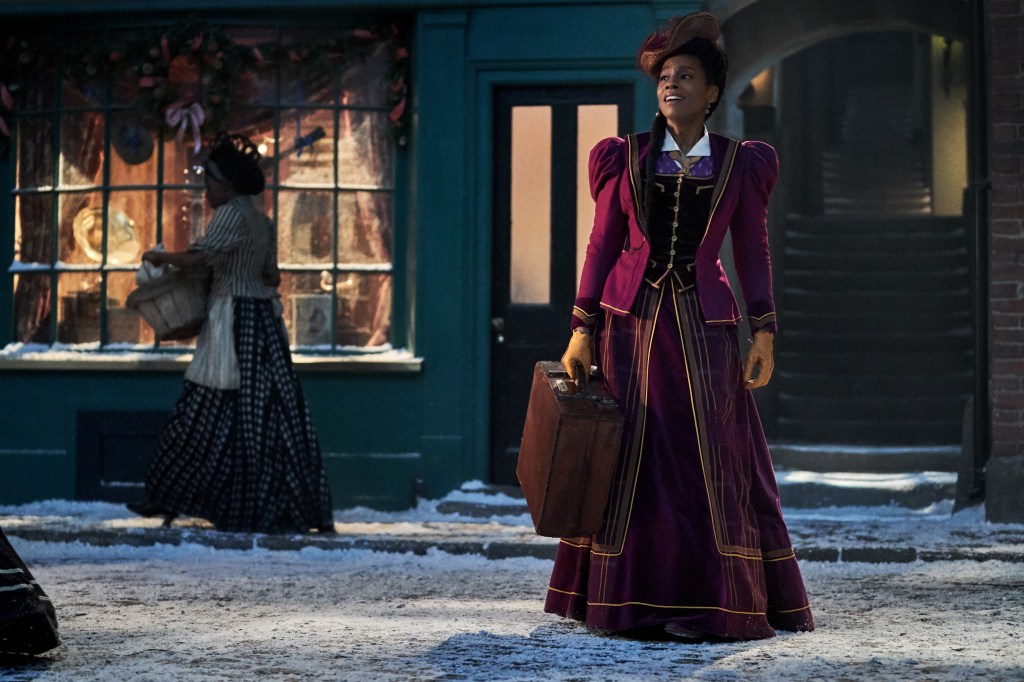