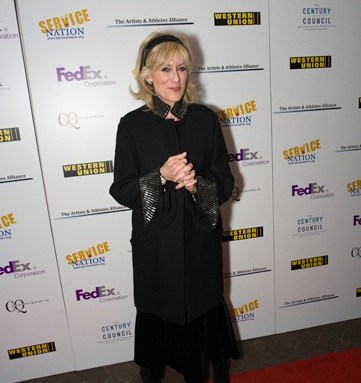 Monday night in Washington, partygoers faced a city in gridlock and a soundtrack of police sirens as they tried to get to a slew of balls all over town. But every event was packed, roadblocks be damned. Hundreds, including new Secretary of State Hillary Clinton, former President Bill Clinton, Tom Brokaw, Ronald and Jo Carole Lauder and Jessye Norman, jostled their way into the fete hosted by Beltway powerhouses Buffy Cafritz and Ann Jordan at the Fairfax at Embassy Row Hotel. The Obamas’ divide-and-conquer approach to partygoing was the talk of the evening: While soon-to-be President Barack Obama made the rounds at the three big bipartisan bashes honoring incoming Vice President Joe Biden, Colin Powell and Sen. John McCain, a J. Crew-clad Michelle Obama spent the evening dancing with daughters Malia and Sasha at the Youth Ball at the Verizon Center.

As Cafritz and Jordan greeted guests including Obama senior White House adviser Valerie Jarrett, Desirée Rogers (the woman in charge of the Obamas’ busy social calendar) huddled with American Express chairman Ken Chenault. Lynda Johnson Robb — who herself grew up in the White House — defended the First Lady’s steely resolve in not releasing sketches of her inaugural gown. “Geoffrey Beene refused to let anyone know who designed my wedding dress,’’ she pointed out.

Meanwhile, at the Huffington Post ball, the crush of bodies was even greater: More than 2,800 packed into the Newseum on Pennsylvania Avenue, which comfortably holds 1,500. Those on line offered any number of pleas to get in. “I’ve got the entire cast of ‘Morning Joe’ here,” begged one. “I’m a guest of Arianna,” said another. The crowd obediently parted for the Jonas Brothers.

John Mellencamp took a smoke break on the balcony outside as Will.i.am performed a song called “It’s a New Day” and Sting followed it with his hit “Brand New Day.” (Apparently it’s a theme.) Diane von Furstenberg was flitting about, though she bolted around 11 p.m., which was to be expected since she was getting up at 7 a.m. to go to the swearing in. “I’m wearing my ski suit,” she said, when asked how she would brave the cold.

Over at the Creative Coalition’s dinner at Teatro Goldoni, Kerry Washington, Marisa Tomei and Alfre Woodard mingled with Susan Sarandon and Tim Robbins, who was on the hunt for Sen. John Kerry. (The pair are sometime hockey teammates). Sarandon praised Obama’s interactive “Neighborhood Ball” concept, which linked up festivities nationwide. “He’s trying to include everybody. Nobody’s even thought that way before,” she said.

Invites were definitely needed to get into Georgetown hot spot Cafe Milano, where Tobey Maguire and the Artists & Athletes Alliance hosted a star-studded reception for Service Nation. Jennifer Lopez and Marc Anthony, Queen Noor of Jordan, Joy Bryant, David Arquette (sans wife Courteney Cox), Luke Russert, Fran Drescher and Johnson Robb’s sister, Luci Baines Johnson, all turned out. Despite the ebullient atmosphere, some folks couldn’t fully forget the country’s economic woes. “I’m stressing a little about how much this weekend is costing us because it’s been pretty extravagant,” said designer Nanette Lepore. “But with all the excitement, there’s still this feeling that we’re all going to band together and become a better nation.”

That said, the jury is still out on whether the Obamas and their glamorous friends can manage to raise the bar on the capital’s style quotient. “Having grown up in Washington, I think it would be hard to turn around that cruise ship,” said Glamour editor in chief Cindi Leive, who hit the Atlantic Media party for Gwen Ifill at the Georgian mansion of the publishing group’s owner, David Bradley, along with Andrea Mitchell, Congressman Artur Davis and Maureen Dowd.

New York Times columnist David Brooks was frank about the situation. “I dress the way we all dress — pathetically,” he said. “That’s what you do if you want to be taken seriously here. And we’re not that good looking. We’re kind of dumpy.”