She stars in the film, which set an acquisition record at Sundance in January, with Andy Samberg.

Cristin Milioti is sitting on a friend’s couch in Los Angeles, on Zoom, waiting for the next reporter to appear in the video window.

The Hulu-requested dress code for reporters was “Palm Springs Festive,” but Milioti was dressed in a more subdued long-sleeve black top to field questions about “Palm Springs,” her new comedic movie out on Hulu.

She likely met a slate of similar questions: what was it like working with costar Andy Samberg? And what about the film’s acquisition out of Sundance, which set a festival record at $17.69 million? (“I think that their hope as producers were that they were going to break even,” she says, never mind the comedic gesture of the extra cents.)

Answering the same questions — with gusto! — about a project again and again is par for the course during a press push. The exercise in repetition is also a microcosm for this particular film’s genre (not to mention these current pandemic times), a comedic time-loop in the vein of “Groundhog Day” and “Russian Doll.” “Palm Springs” takes that familiar framework, but subverts it to satisfying effect. The basic premise is that Milioti and Samberg’s character are forced to attend the same wedding again and again. 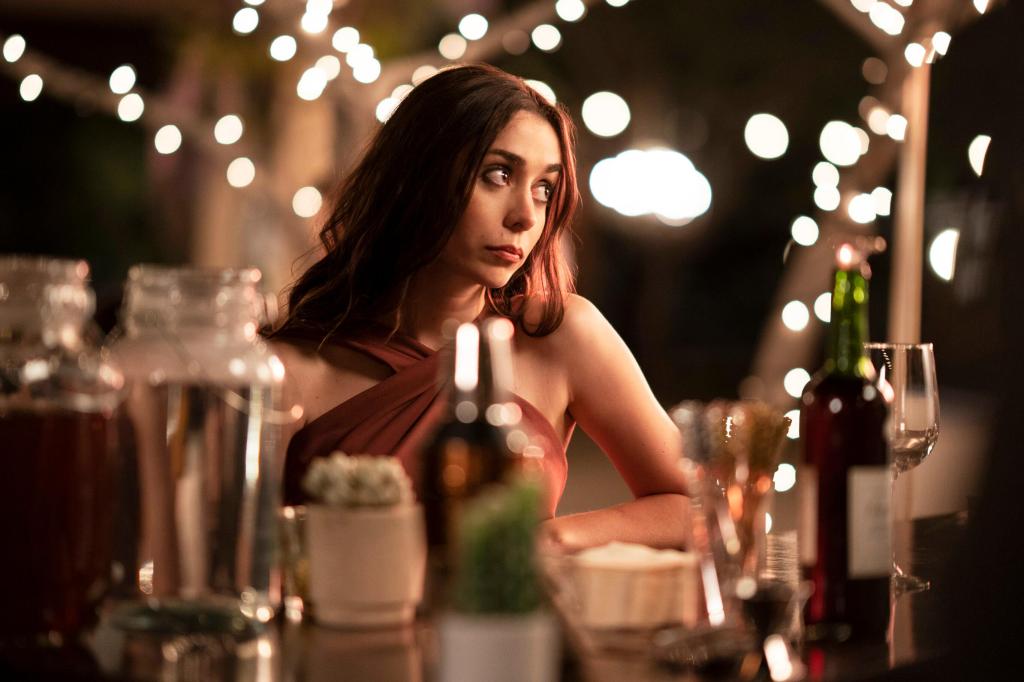 A still from “Palm Springs.”  Hulu

“It’s a weird movie to do press for, because I really truly believe the less one knows about it, the better,” Milioti says. “It’s a very existential comedy; that you can’t escape yourself. It was one of my favorite aspects of it. And that, regardless of our current situation [the pandemic], is a huge part of it and one of the parts I found most exciting.”

Milioti’s past credits include shows like “How I Met Your Mother” and “Fargo” and “Black Mirror,” and she was nominated for a Tony for best actress in “Once” in 2012. “Palm Springs” marks her first time working with Samberg, of “SNL” and “Lonely Islands” fame. She originally met up with Samberg and producer Becky Sloviter to discuss potential opportunities to collaborate — maybe as a writer, maybe as an actress — and a few days later, they sent her the script for “Palm Springs” and asked if she was interested. “I read it and sort of just flipped. And then I didn’t hear anything for a very long time,” she says. “I was always sort of secretly bummed because I really did like it so much.” 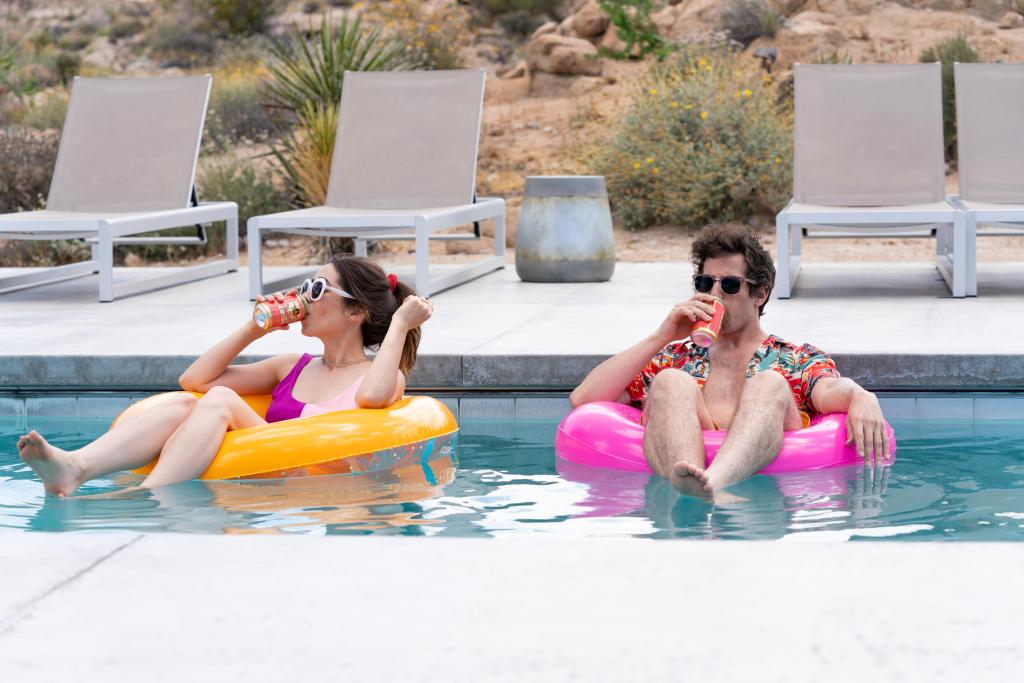 A still from “Palm Springs.”  Courtesy

The film had taken awhile to get funded, but the waiting paid off, literally. The film premiered at Sundance, where it received rave reviews from critics and the audience.

“To be able to hear other people react — to scream and laugh and gasp and cry, and all these things — it was magical,” Milioti says of the first screening in Park City. “It was amazing to be able to celebrate that together. And who knew that that was going to be the last time for possibly quite some time that we were all able to be together and we were all able to watch a movie together? We moved so freely in giant crowds of people, it’s wild. It does seem like an absolute lifetime ago.”

The actress, who lives in New York, is in Los Angeles filming forthcoming series “Made for Love.” They were halfway through with filming when the shutdown hit, so for now Milioti, like many actors working on TV projects, is in purgatory.

“First of all, I’m very grateful to be in the boat I’m in because I have a job that’s waiting, and I’m immensely grateful for that,” she says. “I miss everyone terribly. We were like getting into a really good groove and it’s an amazing group of people, but we can’t mess around with this. How do you move forward in an industry that’s 200 people in an enclosed space for 16 hours a day?”

In the meantime, Milioti has been going for long walks, going to “a lot of socially distanced front yard hangs,” and, like many, engaging with activism around racial injustice.

“I’ve been really diving deep into that, going to protests and reading stuff so I can be a better ally and so that I can help dismantle a horrible system,” she says. “Now I’m able to call senators, e-mail senators, call police chiefs, do all these things that’s a part of that movement. Show up for protests — and usually, I’d be on set. It is a privilege to do that.” 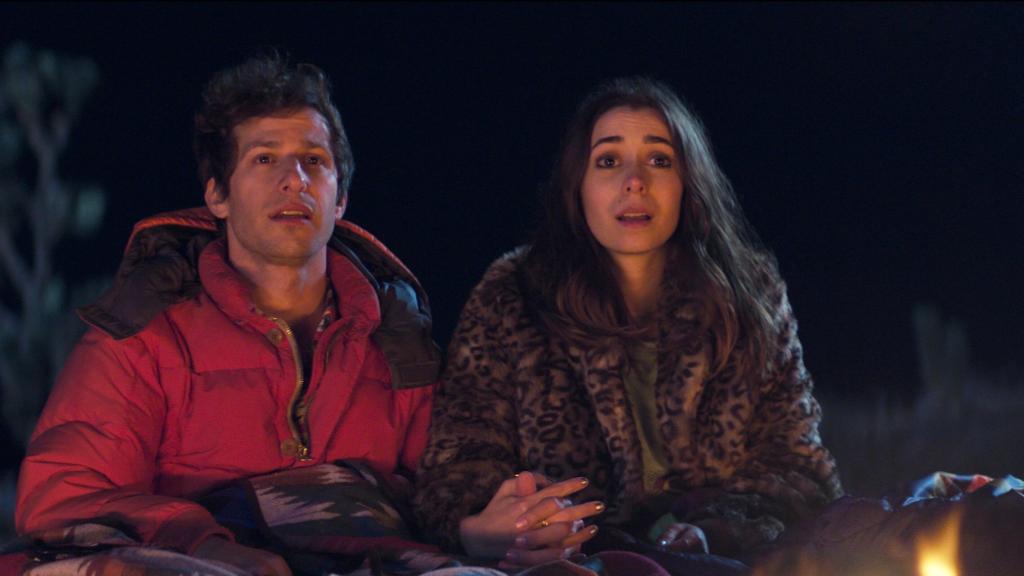 A still from “Palm Springs.”

Tatiana Maslany on the ‘Shocking’ Relevancy of ‘Perry Mason’