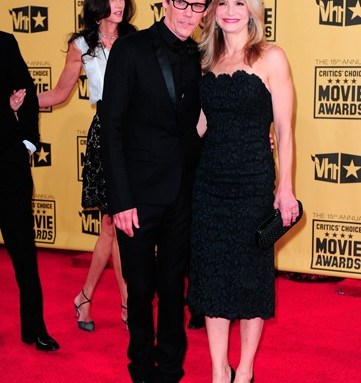 Kevin Bacon, who received the Joel Siegel Award, said wife Kyra Sedgwick still bested him in the awards category. “My favorite thing about award season is my gorgeous wife. For the last six years she has been nominated for more awards than I’ve ever been nominated for in my whole life. So, I’ve basically been holding her train for the last five years. But it’s one of the greatest things.”