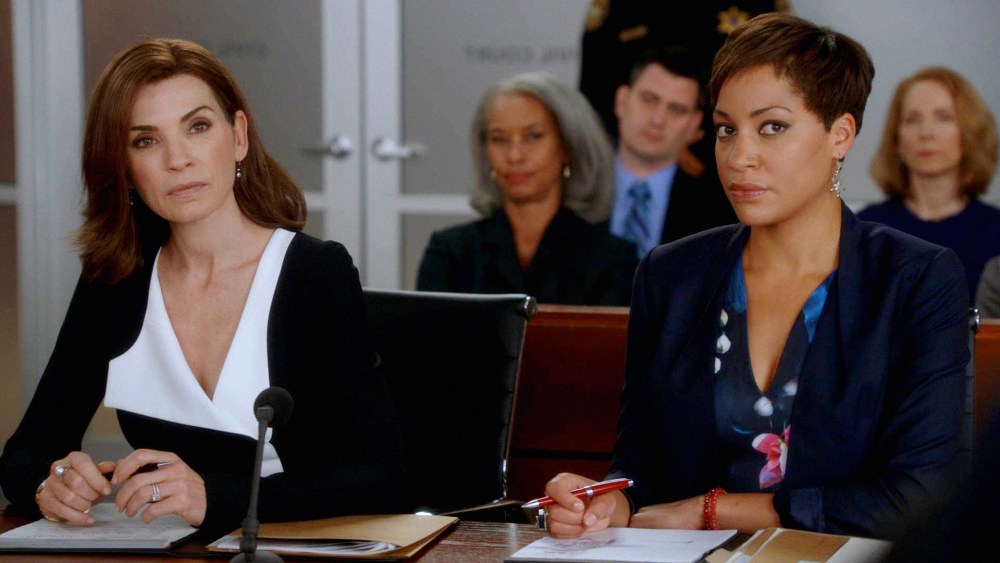 “With doing this job, I don’t get much time to watch TV,” Cush Jumbo says. “But ‘The Good Wife’ is something that I’ve watched from episode one, season one because it started screening when I was in drama school and it was very good hangover TV.”

Seven years after watching those first episodes, the British actress will make her debut on the Golden Globe- and Emmy-winning series on Sunday. Her turn as bond court lawyer Lucca Quinn marks her first appearance in American television or film. Her previous work in the States has been strictly theater: first in an all-female “Julius Caesar” at St. Ann’s Warehouse, then on Broadway with Hugh Jackman in “The River,” and most recently at Joe’s Pub in the one-woman show “Josephine and I,” which she also wrote.

“It’s really interesting to do something contemporary and where I’m an American,” Jumbo says, between bites of bagel on “The Good Wife” set in Brooklyn. The transition from the stage to screen has been smooth, though the first week “I had a bit of jaw and tongue ache,” she admits, before dipping into an American accent to add “it’s so much easier to stay [in character] when you’re surrounded by Americans.”

Jumbo, who grew up in South London and graduated from the Central School of Speech and Drama in 2006, can’t remember a time when she didn’t want to act. With theater, “you would spend four or five weeks storing a huge amount of lines in your brain, and then you’d retain them for six months, all those lines, while you performed them every single night,” she says. Now on “The Good Wife,” “I cannot remember a word from the scenes we did yesterday. And that system is very different, because if you ejected information like that with a play, you’d never get it done.”

The balance of the two is something she’s becoming rather keen on. “It changes up your brain,” she says. “And when you come back to the other thing again, you just feel completely refreshed.”

Earlier this year she was in New York performing “Josephine and I,” which had moved from London’s Bush Theatre — at Meryl Streep’s suggestion, no less — for a run at Joe’s Pub. Christine Baranski, who plays Diane Lockhart on “The Good Wife,” came one night, and shortly after the show’s creators, Robert and Michelle King, were in the audience, unbeknownst to Jumbo. “In the U.K., people don’t usually come backstage unless you know them. But in New York, it’s really polite if you’ve got anybody of note that you visit with them after the show,” she says of how she met the King.

Her take to American screens is perhaps a growing up for Jumbo; she recently turned 30, a milestone which “I’m feeling actually really good about it,” she says. “I’ve been dying for people to take me seriously. Something about being in your 20s, especially when you’re a freelance person, it’s like, ‘oh, aren’t you so sweet, look at you just doing your thing,’ And you just want people to take you seriously.”