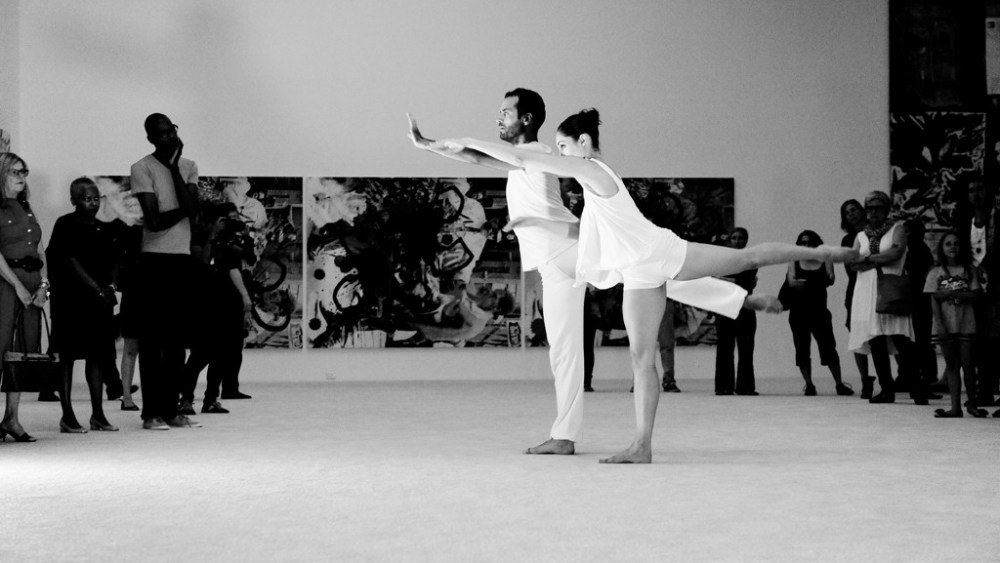 While Los Angeles’ Museum of Contemporary Art has recently come under fire after the ousting of its chief curator, Paul Schimmel, prompting the resignation of all the artists who sat on its board, the show must go on.

According to a museum spokesman, Deitch and MOCA were expected to comment on the administrative brouhaha in the coming days. On Friday afternoon, the director posted a letter on the museum’s Web site that read, in part: “It is essential that MOCA remain progressive and at the forefront of change, as it always has been. The museum’s upcoming program is a response to and an articulation of the current art and cultural landscape today.”

As for Thursday night’s programming, a large crowd gathered in the museum’s Grand Avenue galleries, where the exhibit “The Painting Factory: Abstraction After Warhol” is on view. They were standing on Rudolf Stingel’s “Untitled” (2007-12), a white wall-to-wall carpet installed specifically for the exhibition.

At 7 p.m. sharp, the lights went down and two people holding portable spotlights focused on dancer Amanda Wells, who was clad in white cotton shorts and a tank top, and accompanied by a solo violinist. As she pirouetted and leapt through the first of three galleries, the crowd, including a dressed-down Natalie Portman, followed along. Millepied, dressed in white cotton pants and a T-shirt, joined Wells in the second gallery, then the pair wove their way through the crowd to conclude in the third gallery in front of two large-scale paintings by Bradford, “Untitled” (2011) and “Ghost and Stooges” (2011).

In between, the crowd listened to audio of Bradford discussing his inspiration for the collaboration. “I’ve always been interested in spaces and how people move through them,” he said as the dancers darted back and forth in a game of tag through the crowd. The performance marked the premiere of Millepied’s L.A. Dance Project, described as a collective that includes composer Nico Muhly, art consultant Matthieu Humery, videographer Dimitri Chamblas and producer Charles Fabius. Together they conceive, commission and present original programs exploring new ways to promote dance. Its first full-length theater program, commissioned by Glorya Kaufman Presents Dance at the MusicCenter Los Angeles, debuts on Sept. 22 and 23. Those who missed “Framework” on Thursday will have two more chances on Aug. 2 and 9 to catch the performances free of charge.