Vying for the prized mirror disco ball in the popular TV show, the pro football players face off in a competition of signature accessories, football bling and personal style. 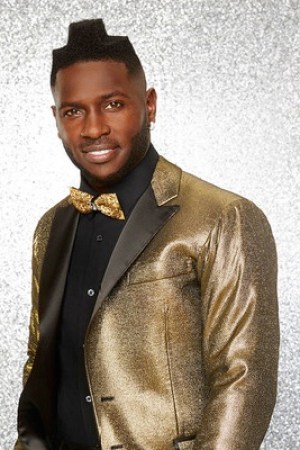 What is it with macho football players and “Dancing with the Stars”? It all started with Emmitt Smith from the Dallas Cowboys, who won the mirror disco ball in the third season. Hines Ward from the Pittsburgh Steelers followed with victory in the 12th season and Donald Driver from the Green Bay Packers emerged as champ two seasons later. This time, the ABC dance competition features a trio of NFL players: Von Miller, Antonio Brown and Doug Flutie. WWD puts them through a blitz to see how their style fares off the field and on stage.

Von Miller
Signature accessories: Geek-chic glasses from a constantly expanding collection.
Football bling: Championship ring and MVP trophy with the Denver Broncos from Super Bowl 50.
Peacock style: Accustomed to all the shiny hardware that accompanied this year’s Super Bowl championship and MVP title, Miller isn’t averse to swathing himself in metallics. At the Grammys, he donned an opalescent silver jacket with a wide-notch lapel, which he offset with white sneakers, royal blue trousers and a skinny tie. Taking a more low-key approach last week on “Dancing With the Stars,” he performed the cha-cha in a lavender varsity jacket and matching headband with Witney Carson.

Antonio Brown
Signature accessories: A four-inch-high diamond-encrusted pendant of him hoisting a football in the air embodies his personal philosophy: chest up, eyes up, prayed up. Brown wears the necklace with everything, even looping it over a gold bow tie for “Dancing With the Stars.”
Football bling: No championships yet. His dance partner, Sharna Burgess, who came in second with Nick Carter and third with Noah Galloway in previous seasons, hopes to finish first with Brown.
Peacock style: Fond of Dolce & Gabbana, Christian Louboutin, Fear of God, Balmain and Acne Studio, Brown loves to play with fashion. His debut on the dance show paid tribute to Steelers Nation in a gold crystal-studded jacket accented by black velvet sleeves. The following week, he highlighted one of his best accessories — his abs — in a satin tuxedo shirt with a pleated bib that he left completely unbuttoned.

Doug Flutie
Signature accessories: A box of Flutie Flakes, which he released in the late Nineties to raise money for autism research.
Football bling: Heisman Trophy as Boston College’s star quarterback in 1984 and a member of the College Football Hall of Fame.
Peacock style: At 53, Flutie is still ripped. He showed off his muscles in a black tank top and matching gauntlets during his performance of the pasodoble with Karina Smirnoff last week, eclipsing the four male backup dancers who easily could have been half his age.