The Talented Mr. Cavalli: How Daniele Cavalli Built a ‘Journey of Senses’ in Florence

MILAN — The sense of smell helped complete Daniele Cavalli’s “eternal and most precious research, the one of comprehending the senses,” he said.

A son of Roberto Cavalli, the 35-year-old entrepreneur has launched a range of projects linked to the city of Florence, which turned him into a young patron of local talent and an ambassador of a contemporary take on the Tuscan lifestyle, one filtered through the multi-disciplinary interests of a Millennial.

In his most recent venture, Cavalli stepped into the beauty arena by acquiring a majority stake in niche fragrance label Sileno Cheloni, which was established by the namesake master perfumer in 2018.

“Cheloni created a world and identity that is very close to mine,” Cavalli said. “He is an artist, a man that puts magic into what he creates and in how he sees perfumery. He needed someone who could give a certain solidity and a commercial identity to his art…especially in a historic moment like the one we’re living,” he added, hinting that the pandemic affected the brand’s operations, which heavily relied on the store and factory it has in Florence.

An expert in marketing, branding and communication, Cavalli intends to support the beauty label to help boost its brand awareness and in scaling up in terms of internationalization and digitalization.

Revealing that a retail expansion is a long-term goal, he said that “before taking certain steps, it’s very important that the whole internal structure of the company is strong and solid,” pointing also to the product offering. 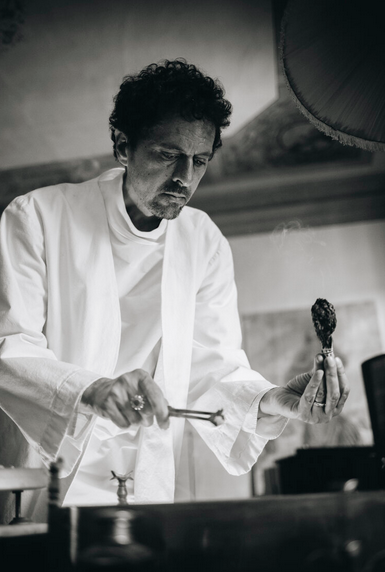 Cheloni is known for developing custom fragrances both for end consumers and other companies. The nose collaborated on private label initiatives with the likes of Harrods; served as consultant on olfactory projects with Lamborghini and Baglioni Hotels & Resorts, and developed partnerships with players ranging from Gianvito Rossi and IWC Schaffhausen to Richard Ginori 1735 and Renault.

In addition to personalized fragrances, Cavalli said the goal is to enhance the assortment with home scents and lifestyle items as well as to further explore Cheloni’s signature part of the offering dedicated to rituals and incense products.

Cavalli and Cheloni got in touch and developed mutual esteem over prior collaborations, including the time the nose created a customized scent for the entrepreneur’s charming restaurant-cum-art-gallery, Atelier de’ Nerli.

Opened in 2019 in the heart of the city’s cool San Frediano neighborhood, the space originated “upon the utmost respect and admiration I had for the chef and his vision,” said Cavalli about chef Gianluca Camilotto, who reinterprets traditional Tuscan delicacies with a modern take. 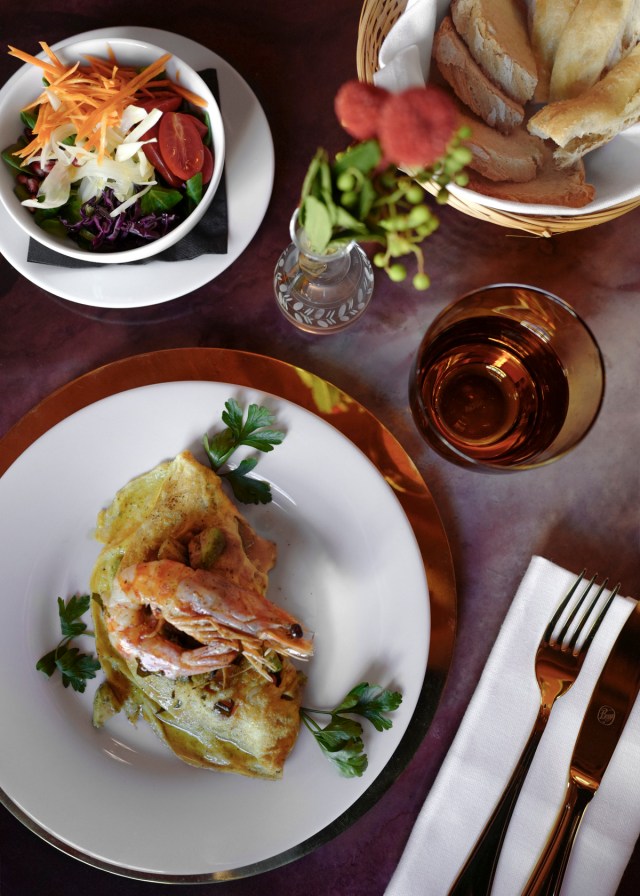 Yet Cavalli wanted to offer more than a mere food experience, creating a meeting point for cultural exchange in the city that could also give visibility to local craftsmanship, as evident in the artworks and furnishings that are handmade by Florentine artisans displayed in the space.

“Loving and knowing Florence very deeply, I know that the city is not only about the beauty of its museums or natural landscapes but its real charm lies in its people and skills that certain craftsmen have,” he said.

Although eyeing the expansion of the format abroad, Cavalli was quick to note that the time is not ripe yet as “to become an institution like the one we want it to be, a restaurant needs time and dedication: So far, we’ve put dedication into everything but this timing didn’t help us in truly showing what this location is capable of, yet.”

Meanwhile, Cavalli’s fascination for supporting emerging talent additionally encouraged him to establish the Heavy Soul Studio recording studio with producer Francesco Frilli, which is nestled in the southern hills of Florence.

Yet it’s the Duskmann artistic project that is the one closest to his heart. “It’s my purest expression, it was the first I launched when I left the world of fashion,” said the entrepreneur, who was creative director of Roberto Cavalli’s men’s wear line from 2011 to 2014.

“For me fashion was creativity before being a business and my father used to bicker with me a little bit at the time because I reinterpreted the world of Cavalli in a too artistic way,” he said with a smile. “So when I left the company, Duskmann became my natural vent, a space where I could express my creative experimentation.”

“I launched all these projects very instinctively and spontaneously — almost too much and in fact now I will stop,” Cavalli said with a laugh. He confirmed that the olfactory venture was the final piece of the sensorial puzzle he gradually assembled by exploring the worlds of taste, sound, sight and touch.

“All this is possible because there are capable people I am totally dedicated to and whom carry out projects with me: Alone I wouldn’t be able to do anything,” he concluded humbly.