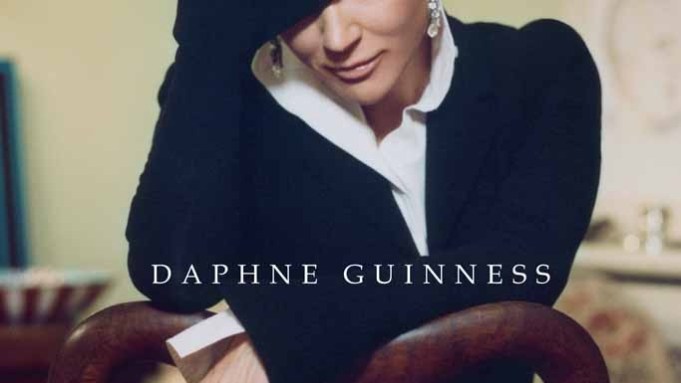 What’s in Daphne’s closet? More than you ever would imagine.

First ranked in the International Best Dressed List in 1994, Daphne Guinness is now getting her due in a new exhibition at the Museum at FIT. Aside from having an iconic sense of style and a serious couture collection, Guinness inspired such designers as her friend Alexander McQueen. The exhibition opens Sept. 16 and will run through Jan. 7.

“Daphne really regards fashion as an art. Most so-called fashion icons are not really that. If you Google ‘fashion icon,’ you get a lot of people who are designer clothehorses or celebrities,”said Valerie Steele who curated the show with Guinness. “The depth of fashion culture she has is extraordinary. She is so interested in the actual making of things, not that she just sees the designer as an artist but she is also really focused on the artistry of all the craftspeople.”

Considering Guinness wears vertiginous heels as comfortably as NBA players wear sneakers, it is fitting that the show opens with her footwear. She routinely showed up for meetings about the exhibition wearing 10-inch towering shoes. They certainly didn’t detract her from leaping into action, jumping on and off the platforms, styling the various outfits with boxes and boxes of ribbons, jewels and shoes.

Guinness hesitated to loan a sliced silver metallic Gareth Pugh dress and hooded coat, but once she did, she went out and bought another one, Steele said. Clearly a champion of Pugh’s work, his designs are featured throughout the show.

One of the standout pieces on display is a vibrant Alexander McQueen for Givenchy handpainted evening dress, the first piece that Guinness bought from the designer. After the fact, her friend Isabella Blow suggested she meet McQueen, but at the time Guinness wasn’t interested in meeting designers, Steele said. By chance, McQueen spotted her in London in one of his designs and chased her down the street to introduce himself with, “‘You bought my coat. Izzie told me we should meet,’” Steele said. He and Guinness hit it off and became friends. McQueen really loved to go through her closet, looking at her clothes and turning them inside out, often taking them apart. She would tell him, ‘Hello, you have to put that back together,’ Steele said.

Azzedine Alaïa, Karl Lagerfeld for Chanel, Rick Owens and Christian Lacroix are among some of the other labels on display. The “Daphne Guinness” show is set up in different sections, intersected with walls of mirrors and scrims a hologram and short films, including a few that Guinness did herself. Her signature look of a tight black jacket with a white blouse and leggings is well represented in the short “Dandyism.” The other areas cordoned off are “Armor,” “Chic,” “Evening Chic,” “Exoticism” and “Sparkle.”

Guinness’ individualism is a way of life, according to Steele, who said, “She dresses up because, in a way, that’s her art form. With Daphne, she does not just dress for special occasions — every day is an event.”