Dave Ortiz Gets Into the Vodka Business

The artist and former sneaker store owner has opened Our/New York, a vodka distillery in Chelsea. 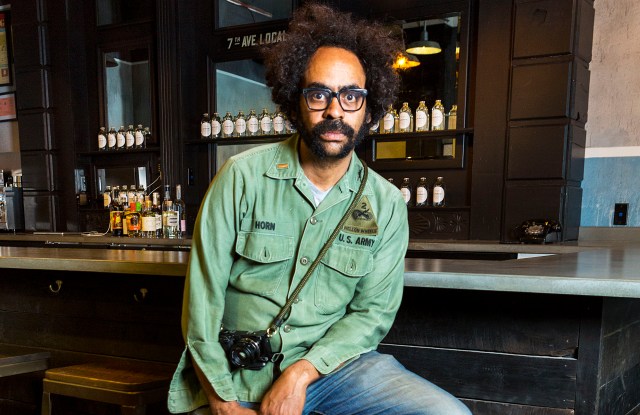 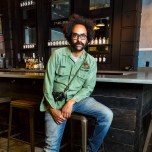 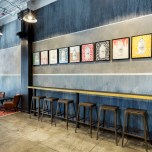 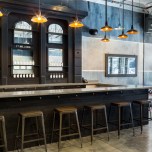 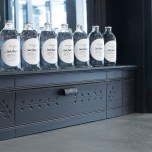 “I’ve always had a little doubt in my mind that this was all a practical joke,” Dave Ortiz declares one afternoon from the newly opened tasting room in Chelsea of Our/New York, the first distillery to open in Manhattan in a century. The creative New York wunderkind was recruited as a partner for the project by a scout who reached out to Ortiz while he was running popular downtown sneaker, skate and bike boutiques Dave’s Quality Meat and Dave’s Wearhouse.

“It’s a funny story,” says Ortiz, rocking a “I heart SWE” tee. “This guy randomly called and said, ‘I’m a scout working for a spirits company, and I’d like to talk to you about marketing or branding stuff, can I have a meeting with you?’ He’s really vague about this project, and I was kind of confused like, why was he here, but he slipped in, ‘Maybe you could run a distillery.'”

The scout referenced his past work for DQM as well as Zoo York — Ortiz was one of the first employees — and mentioned that the vodka company’s founders would be in town soon. Maybe Ortiz would want to meet with them?

“Now, in the back of my head, I’m thinking that because I’m friends with Ashton Kutcher — and this was five years ago — I thought I was being punked,” says Ortiz. “I was like, ‘oh, s–t, I can’t believe that one of my friends is doing this to me.’ So they show up—” Ortiz glances at the woman sitting next to him, Our/Vodka cofounder and chief executive officer Åsa Caap “— and again, now again I’m like, wow, somebody really went all out and they hired actors — Swedish actors, on top of all that. So then they started telling me the pitch, and then it starts getting real.”

The pitch: Caap wants to create a global network of local micro-distilleries, to be run and branded by city natives, and incorporating local ingredients. (The New York vodka uses municipal water, and corn grown in Indiana. All of the vodkas under the label use the same proprietary yeast produced in Europe.)

Our/Berlin was the first micro distillery under the umbrella to open, and New York was supposed to be the second. But navigating and negotiating city permits, licenses, fire code variances — among other bureaucratic matters — took five years, so they ended up opening locations in Amsterdam, London, Detroit and Los Angeles in the time spent getting to the opening in New York.

“I thought, I am a Swede, I am a Viking: persistence is my thing. But New Yorkers — I don’t know how you do it,” says Caap. She developed the idea for Our/Vodka while working for Absolut and got its parent company Pernod Ricard on board as an investor. The distillery, visible through a glass window in the tasting room, is immaculate and contained. “On paper, it’s not possible to build a distillery in Manhattan. So you more or less have to build the safest distillery in the United States. We’re pretty sure that is what this is,” she adds. “This is Fort Knox.”

Ortiz designed the tasting room to reflect New York. The color scheme is made of blues, grays and blacks — a riff on the street, sidewalk and sky — and painted with a streaked dripping quality, which took him 18 days to complete and is a nod to his background in graffiti. The bar back was designed based on cast iron buildings in SoHo, and the mirror frames represent tenement buildings of the Lower East Side. All of the wood used in the space is reclaimed wood sourced from Brooklyn. Along one wall hangs a series of Ortiz’s framed prints of the Our/Vodka bottles from each city; the space will be used to exhibit the art of his friends down the line.

“I have tons off friends that are all waiting,” says Ortiz of the idea to make it a rotating gallery space. “A lot of my friends are really good artists, but they’re not represented by galleries. So it gives them a platform.”

The bar will stock spirits from other local distillers, with rotating food offerings from local chefs, and Ortiz continues to draw from his extensive New York network for any need encountered. Case in point: his “sticker guy” shows up carrying a large decal that had been ordered only a few hours earlier; his menu guy is located around the corner and the plant guy is two blocks down.

“Here’s another crazy thing,” Ortiz adds. “I went to college at FIT for two years [in 1991 and 1992], and I took this course in sculpture class and I used to come to this physical place. This place used to be called The Sculpture House, and kids used to come in and you buy your clay and your tools and your armature,” he continues. “So when we got the space, I walked in and was like holy f–k, I used to come here, and then I was like — this is it. It’s just one of those New York things. It all comes back around.”