The British photographer was in Milan for the opening of his retrospective “Stardust.” 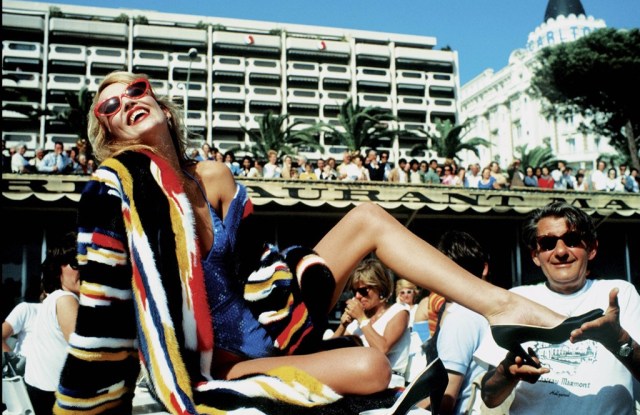 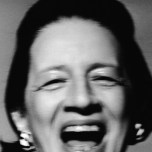 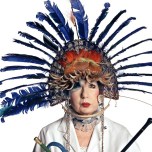 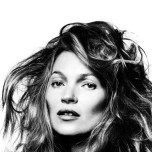 MILAN — David Bailey was in Milan on Saturday for the opening of “Stardust,” a retrospective of his work featuring portraits of everyone from Mick Jagger to Anna Piaggi.

The exhibition, taking place at the PAC contemporary art museum until June 2, is based on the show of the same name held at London’s National Portrait Gallery last year. It features not only Bailey’s legendary portraits, but also images ranging from intimate family snaps to reportage on Papua New Guinea tribes.

Among the fashion figures included are Kate Moss, Anna Piaggi, John Galliano, Alexander McQueen and Vivienne Westwood. The show is organized by the Department of Culture of Milan together with Tod’s, whose chairman and chief executive officer Diego Della Valle was on hand for the inauguration.

Under the partnership, Tod’s plans to underwrite a series of events considered of major artistic interest, of which the exhibition was the first.

“This is a beautiful collaboration between us and the City of Milan and this demonstrates that if someone wants to do something for the country, it happens quite quickly. We hope that other companies will want to start doing things like this that benefit the city and Italy,” Della Valle said.

Swarmed by camera crews, Bailey spoke briefly to WWD about tribes, fashion and taking responsibility for your work.

WWD: Of all the people featured in this exhibition – artists, musicians, fashion industry people – do you have a tribe you feel particularly close to?
David Bailey: Not particularly, no. I mean, everything’s tribal – that’s why there’s all the problems in the world. That, and [the fact that there are] too many people in the world. But no, I don’t have a tribe. I just go from tribe to tribe.

WWD: Do you still enjoy fashion work?
DB: No. I never enjoyed fashion work. It was the only way you could make some money and be creative.

WWD: What’s wrong with it?
DB: Nothing is wrong with it. It’s just there’s other things besides fashion in my life. I’ve got nothing against fashion — I think it’s great. But I like doing lots of different things. You might as well say, ‘Why do you just do portraits?’ Or, ‘Why do you just do landscapes?’ I mean, I do anything that I fancy doing. There’s no rules. It’s just that I find sometimes fashion is too much about money, that’s all.

WWD: Have you ever met somebody you could not manage to get a good portrait of?
DB: No, because then it would be my fault, not their fault. I mean, if you can’t get a picture of somebody, there’s something wrong with you, not with them. You’re lucky that they even let you take their picture, so it’s up to you to take the picture.