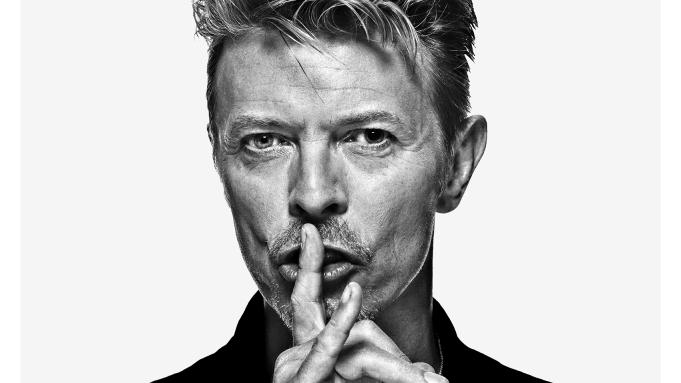 ALL ABOUT DAVID: The memorial flowers in front of his Seventies Hauptstrasse pad have wilted and the “Blackstar” posters are beginning to fray at the edges. But on Friday, David Bowie’s presence in Berlin will be fresher than ever when “Bowie — The Session” opens at Gavin Evans’ new gallery and art space The Institute.

Evans, a British photographer who has also lensed the likes of Nick Cave, Iggy Pop, Ozzy Osbourne, Björk, Dusty Springfield, Juliette Binoche, Daniel Craig and Terry Gilliam, is showing 20 portraits of Bowie, several never seen before. They all hark back to a 1995 editorial shoot in London commissioned by Time Out.

As Evans recalls, Bowie that day was “in a great mood, very personal, down-to-earth and funny.” He also offered the young photographer the first opportunity to shoot him wearing his sapphire-blue contact lenses. The close-up results have a glittering intensity, but there were quieter moments, too. Such as Bowie holding his finger to his mouth in a “Shhh,” which Evans calls “my most counterfeited image ever,” or conversely, there’s Bowie cupping his hands like a newsboy and shouting.

As he was leaving the studio, the star spied a silver metal tray which he playfully picked up and held behind his head like a halo. “I quickly said hold it, and put my tripod back up, and there are four photos of him being St. Peter with him shouting and whistling down. They’re joyous,” the photographer says.

Having relocated to Berlin from Edinburgh last year, Evans initially thought he’d kick off his new work and exhibition space on the banks of the Spree with an exhibit on a musical trinity: Bowie, Pop and Cave. However, Bowie’s unexpected death in January shifted the focus. The show of 20 of the session’s original 30 photographs runs through March 31 and the A Galerie in Paris will also feature three Session images at the same time. As of March 17, “Bowie – The Session” will move on to the Harpa concert hall and conference center in Reykjavik, Iceland, with further international stops to follow.