Tory Burch, Michelle Trachtenberg, Melissa George, Lauren Bush, Meredith Melling Burke and Kate Lanphear were among those at the celebration. 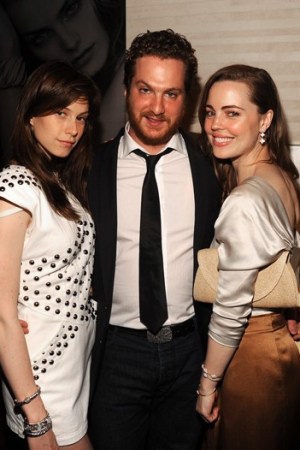 Starlets and socials alike were given the red carpet treatment Thursday as they traipsed into David Yurman’s new three-story townhouse on Madison Avenue bedecked in the jeweler’s baubles.

The celebration’s purpose was twofold: to unveil the brand’s new digs, and to benefit The Society of Memorial Sloan-Kettering Cancer Center.

Shoshanna Gruss and Tory Burch marveled at the unpredictably large turnout at the store. “I expected to just pop-in and look around,” said Gruss.

Michelle Trachtenberg, who arrived with friend Adam Spoont, was dressed in a lavender party frock and David Yurman’s latest Elements Statement Necklace made of sterling silver, black onyx, hematite and diamonds. The “Gossip Girl” actress said, “The Yurmans have been family friends for a long time, and this is a great cause.”

To add to the laundry list of familiar faces, Emmy Rossum, Lauren Bush, Meredith Melling Burke and Kate Lanphear were also in attendance.