Debra Messing Is Getting Through Quarantine With the Help of Comedy

From her Manhattan apartment, Messing talks taking inspiration from the 7pm cheer for healthcare workers and why dressing up as Lucille Ball is the comedic reprieve needed.

Debra Messing was in rehearsals for her new Broadway show “Birthday Candles,” which was scheduled to open April 21, when the city was shut down.

“It’s pretty intense,” she says, over the phone from her apartment. “I mean, this is the center of it all and this week is the apex, and it’s very haunting to look out my apartment window and to see nobody outside and no cars or anything. There is the constant sound of the sirens, which is upsetting. But then again, 7 every night, you put your head out the window and you hear the entire city clapping and screaming for the health workers who are changing their shifts. I think that there’s just something very moving about that and I feel like New Yorkers feel very bonded to one another going through this.”

Without lines to learn (“Birthday Candles” will now move to the fall, Roundabout Theater promised the cast), Messing is settling into down time at home, doing press ahead of the series finale of “Will and Grace,” which airs on April 23, and spending her time rotating between entertainment.

“A lot of reading. I am a terrible cook and baker, but I have baked a couple of things with my son and that’s been fun,” she says. “I’m doing yoga, trying to do some meditation, playing the piano. I downloaded the lifetime subscription to Babbel, so I’m like, ‘Oh, maybe I’ll get back to Spanish,’ and then of course just streaming TV and movies.”

Ahead of the finale, fans of “Will and Grace” were treated to a bit of escapism this week with an “I Love Lucy”-themed episode, the making of which Messing says was a career dream for the show’s cast.

“Twenty years ago when we started, there was a conversation that was sort of a fantasy like, ‘My God, look, there’s four of us, there’s four of them. Wouldn’t it be so much fun to do an ‘I Love Lucy’ episode?’” Messing says. “And we all sort of dreamt about it, but it was never considered a possibility. And then in this last season, all of a sudden we were told it’s happening and literally all of our heads exploded. Apparently Lucie Arnaz and her brother had never given permission to anybody to replicate any scene from ‘I Love Lucy’ ever, and this is the first time that that permission was granted.” 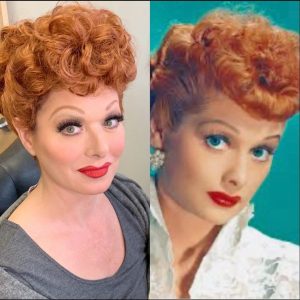 Messing, who calls Ball her “hero,” spent some three and a half hours with her glam team transforming into the comedic legend. (The lips alone took 45 minutes.) 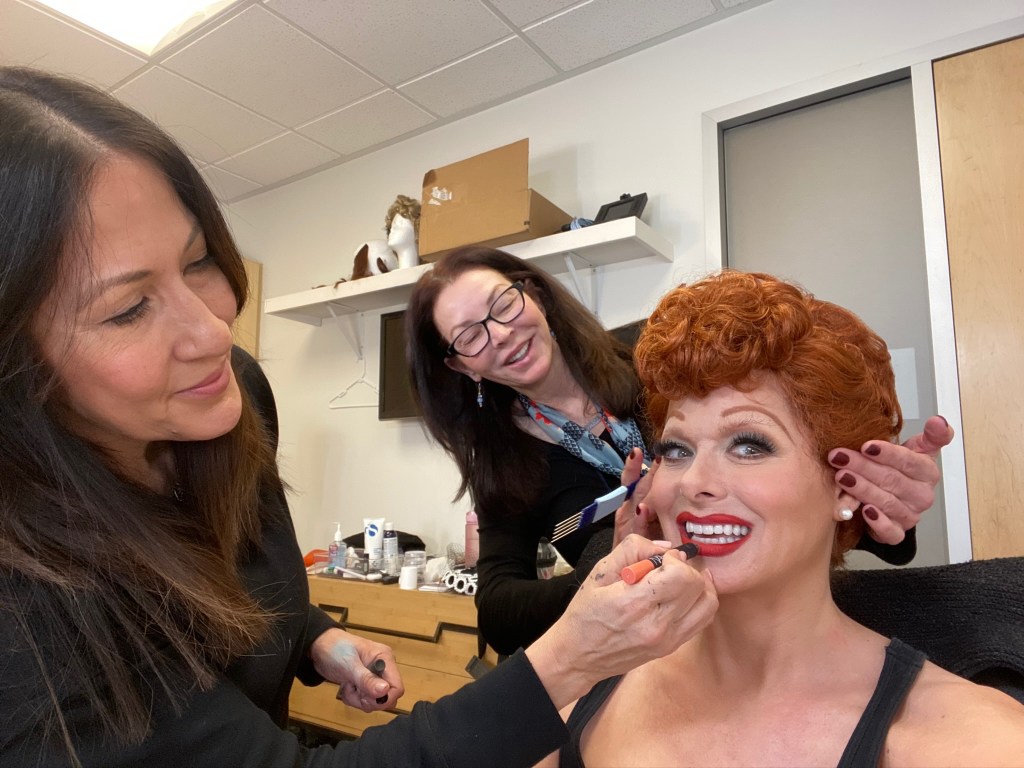 Messing calls portraying Ball the biggest challenge she’s had an as actor — made all the more daunting by the fact that Arnaz joined Messing and Sean Hayes in one of the scenes. And though the episode was shot back in December, as she reflects on it from quarantine, Messing says the timing feels fitting.