Event was The Pierre’s first same-sex wedding in its 81-year history.

By Rosemary Feitelberg and Bobbi Queen on November 23, 2011
View Slideshow 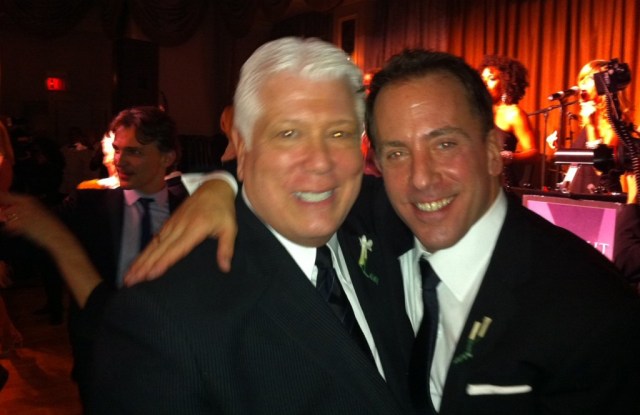 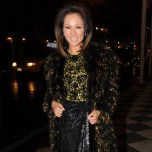 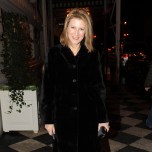 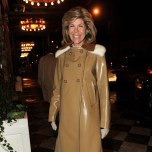 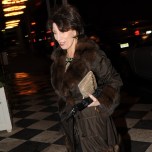 “This is sure not a small wedding in Southampton.”

So said Michael Cominotto, smiling at his new husband, Dennis Basso, and the wedding guests, who had shoehorned themselves onto the dance floor at The Pierre Tuesday night to toast the newlyweds.

This story first appeared in the November 28, 2011 issue of WWD. Subscribe Today.

As Cominotto must know all too well, Basso is not one to live life quietly. The big-hearted designer’s bellowing voice is often heard before he enters a room. And for years, his runway shows were known for their surprise celebrity walkoffs as much as for their statement piece furs.

In step with his live-it-up lifestyle, Basso and Cominotto celebrated their nuptials with 400 of their nearest and dearest at what was The Pierre’s first same-sex wedding in its 81-year history. The evening’s dark and stormy weather may have been a fool-proof excuse to duck in and duck out, as is customary on New York’s social scene, but friends of the couple chose to linger. From the start, the party was in full swing, with the orchestra playing, the drinks flowing and strangers mingling. In the white gardenia-infused ballroom, many wasted no time diving into the multiculinary feast with the kind of gusto associated with cruise ship dinners. Others were content to marvel at the three-foot-high wedding cake that looked like a stack of gift boxes with two teeny-tiny groom figures on top.

After a surprise performance by Neil Sedaka, who dedicated a new song “You” to the couple, Cominotto told the crowd, “Twenty years ago, when I first met Dennis, it was impossible to get married and we never dreamed of getting married. Then things changed this year and we said, ‘You know what — we’re getting married.’”

Basso, exacting as he likes to be, then offered his rendition. “So 25 years ago, I met this beautiful, handsome fashion-forward boy with another beautiful, well-built — not one of my best traits — boy and I thought, ‘Wow, that Michael Cominotto is something else,” he said. “We have experienced a million things, lots of ups and a few downs, little downs, but most importantly, we have collected this amazing room full of friends. All of you have filled the landscape of our lives. A zillion years ago, Mrs. Astor had her 400 list and we have our 400 list.”

There was no shortage of sparkle, ice (as in diamonds) or cosmetically enhanced faces in the ballroom, with many women piling on the fur and dressing to the nines. Nodding approvingly at the well-turned-out crowd, Basso admitted to enforcing a dress code, “I told them, ‘Look, you’re wearing it.’” While many opted for over-the-top evening looks, Tory Burch outdid them all in a sleeveless Vionnet with an intricate lace back that she had reworked a bit. Marjorie Gubelmann went with a midnight blue Vera Wang cocktail dress with sizable crystals on each shoulder. “Built-in jewels,” she explained. Douglas Hannant, Stephanie Winston-Wolkoff, Somers Farkas, Meredith Melling Burke, Nina Griscom, Hal Rubinstein, Scott Currie, Alina Cho and Pamela Fiori were among the fashionably inclined.

Generous as he is, Basso apparently has to draw the line from time to time, according to his friend Ivana Trump. Having met Basso 30 years ago when he was “working in an office that looked like a closet with two coffee tables,” she said she makes a point of buying pieces from him every year. But once in his Aspen boutique, he refused to sell her a short mink coat she was eager to have. When she protested after Basso repeatedly told her she couldn’t have it, he finally explained, “Ivana, you can’t have it because you already own it.”

And apparently Basso is a bit of a poser when skiing out West. “He gets all dressed up in a matching outfit and gear. But he doesn’t ski. He just goes up and down in the gondola,” Trump said. “You will ask him, ‘How was the skiing today?’ and he will say, ‘It was too icy’ when the skiing was really fantastic.”

Basso was also more than happy to dress the part at the bridal shower Star Jones helped throw for him recently at Le Cirque. “He wore a bridal sash like any other new bride,” she said.

Jones wasn’t laughing when she spoke of Basso and Cominotto. “The two of them together, if you believe in love, you know in a minute they are magnificent. And they have been that way as long as I have known them.”