Jeremy Scott muses on why the festival keeps him coming back every year, what his dream lineup would be and whom he'd most like to dress. 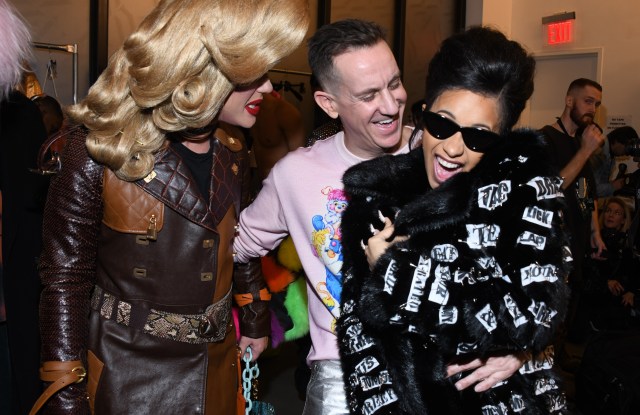 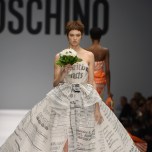 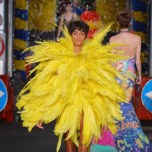 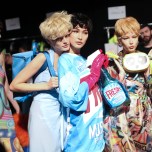 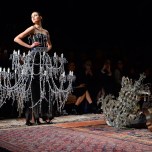 Jeremy Scott is at it again. While most designers anticipate runway or awards season as the height of their calendars, for Scott it’s festival season, namely, Coachella. This year, his 12th throwing a party in the desert, the designer made an even bigger splash with the announcement of a Moschino and H&M collaboration coming later this year. Scott is no Coachella newbie, but you could call him a groupie. On his first trip to the festival, he was a guest of Bjork. He’s also couch-surfed and packed into hotel rooms to celebrate there. These days he can afford his own pad, but that doesn’t mean he’s any less authentic. In fact, he says questions about marketing around the festival are “cynical” because for him, “it’s in my blood.”

WWD: Who have been your all-time favorite acts at Coachella and why?
Jeremy Scott: Bjork: That was the first time I went to Coachella as her guest and I fell in love with the festival from that moment on. Boys Noise: I had never ever felt a DJ speak to my heart with the song selection like that before. Hot Chip: Dancing with my love Paris Hilton side-stage is etched into my brain. Beth Ditto with The Gossip: I absolutely loved dressing Beth for her epic performance at Coachella.

WWD: Who would you most like to dress that you haven’t already?
J.S.: My biggest dream would be to create a one-of-a-kind look for Dolly Parton to wear on stage.

WWD: I love that you’ve embraced the Coachella vibe and also done events for 10+ years with your various lines — Jeremy Scott, Adidas and Moschino. Not everyone takes their love of music to such a level. What keeps you coming back year after year?
J.S.: For me, Coachella is in my blood. I first came out when I moved to Los Angeles and Bjork was headlining the festival. I had never been to a festival before and was hooked from that moment on.

WWD: What are some examples of how your experiences at Coachella have played directly into your designs?
J.S.: A few years ago I did an entire collection insured by my vision of festival dressing, trying to capture the mix and exuberance of styles and the flamboyance and playfulness that festivalgoers have.

WWD: In what ways do you find inspiration when you’re there? The scenery, the music, any specific examples?
J.S.: It’s eclectic, from the people to the variety of music to the way people dress up for it, and that eclecticism speaks to my own way of dressing and designing.

WWD: How does Coachella compare and differ from other festivals you’ve been to?
J.S.: It’s the most glam hands-down.

WWD: As a marketing angle, how do you think your design houses benefit from the events you do here?
J.S.: That’s far too cynical for me to answer. I have come out to the festival years prior to me having a party. I’ve even squatted on couches and slept four to a bed in hotel rooms to support and celebrate the musicians and music I love. To be able to throw a party for my friends is just the cherry on top.