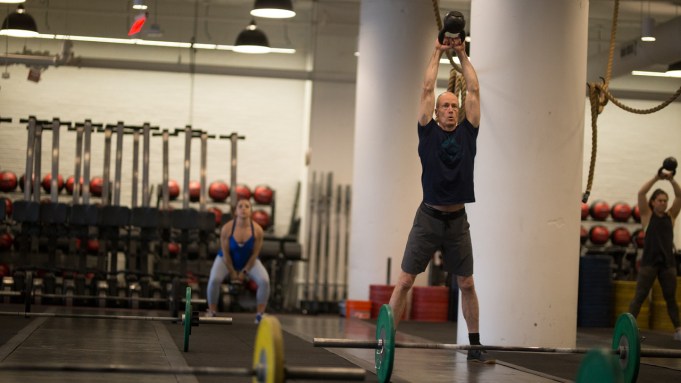 Ath-leisure has infiltrated corporate offices, schools, airports, restaurants and places of worship. But some designers and c-suite executives are more interested in living like athletes, and not just dressing the part.

That dedication is not a seasonal pursuit for athletic industry leaders like Under Armour’s Patrik Frisk and Reebok’s Matt O’Toole, as well as designers like Prabal Gurung and Margherita Missoni Amos.

Consumers could take a page from their workout routines, though, considering that on an average day, 96 percent of people 15 or older spend two to four hours watching TV, according to the Bureau of Labor Statistics’ “American Time Use Survey.” But in or out of the gym, consumers embrace the athletic look. The $48 billion ath-leisure sector increased slightly last year compared to 2016, according to The NPD Group. And the already overpopulated field continues to gain brands and designers still consider activewear to be a growth opportunity.

Designers and athletic industry leaders were detailed or deft about their summer workout routines. The $2.47 billion Columbia Sportswear Co.’s president and chief executive officer Tim Boyle said that during the summer, his exercise is “more golfing and splitting logs,” while his winter regime is “more Stairmaster and burning logs.”

With the Fourth of July already in the rearview mirror and Labor Day remotely in sight, some fashion insiders are hoping to add to their skill set. While adventurous fitness fans are trying Stand Up Paddling yoga, open-water long-distance swimming, or bubble soccer (where players compete and collide encased in inflatable plastic balls), the fashion and athletic pack leans toward more practical pursuits that could potentially be adopted from summer to winter.

With two young children and a host of collaborations, including the upcoming sun-protected swimwear collaboration with Mott50, Amos won’t forego fitness no matter what is going on. “I work out exactly the same in the summer as in the winter. I don’t change much — three times a week,” she said. That includes functional training with a personal trainer. As for any new pursuits that she would like to try, surfing would be one and tango dance classes with her husband, she said.

Gurung is even more of a January-through-December die-hard. A typical workout would involve strength training with Ryan Hopkins at Soho Strength Lab. “We’re lifting weights, using battle ropes, rowing and focusing on form,” he said. “I try to go as many mornings as possible, and I typically make it there about five times a week.”

Deadlines, new collections and runway shows don’t derail Gurung’s training schedule. “Working out is always a part of my routine, not only for the physical benefits, but also for the mental rehabilitation it provides,” he said. “During the summer, I do try to take advantage of the weather and spend as much time as possible outdoors.”

Stylist Camilla Staerk also believes in having a rhythm to get the most out of her day. Her summer routine includes swimming once a week, vinyasa flow yoga two to three times a week and running outside three times a week. Her friend and collaborator Helena Christensen taught her to do a 35-minute spring walk where you sprint then walk, sprint then walk throughout. “Helena taught me that this is really good for the body and very effective, and I’d take her advice any day,” Staerk said. “The physical morning activity gives me positivity and helps me be my most productive in my creativity throughout the day that follows.”

In the next month or two, she hopes to return to horseback riding, which she learned as a child and competed in for years. In the winter, Staerk’s weekly swim goes by the wayside and instead of running, she hits the gym for spinning classes at Blink and a little bit of hand weights. “I should do more,” she added.

Brands like L.L. Bean, Patagonia and Arc’teryx are trying to do more to encourage consumers to get outdoors and sharpen their athletic skills through instructional sports, one-day outings. Arc’teryx, for example, has a climbing academy, and L.L. Bean has its Outdoor Discovery School, including an outpost in its new Boston Seaport store that offers a Boston Lights tandem kayaking tour.

That neighborhood is also home to Reebok’s 220,000-square-foot corporate office. Reebok’s president Matt O’Toole and 700 employees, don’t have far to go to exercise. “We have a fantastic 30,000-square-foot gym here in our Boston headquarters and fitness is an important part of my day. I take a CrossFit class midday — it helps me stay focused, be more productive and have more energy,” O’Toole said. “It’s also fun — there’s a community aspect to it, where we can come together to break a sweat and cheer each other on!”

Most staffers – 88 percent – belong to the gym and take advantage of the nearly 20 classes that are offered each day. After paying the $75 monthly fee, members get $7.50 back for each visit, meaning it’s free after 10 trips in one month.

One of his competitors, Under Armour president and chief operating officer Patrik Frisk, is also set on athleticism. Mondays, Wednesdays and Fridays he works out with a private trainer to focus on mobility, cardio and allover body strength. Tuesdays and Thursdays are dedicated to running in combination with boxing and on Saturdays and Sundays, he will go for a run or a bike ride. When winter kicks in with the first snowfall, Frisk’s weekend routine changes to downhill or cross-country skiing. One activity that Frisk hasn’t yet gotten to, but would like to try, is single speed biking.

Cycling is the focus for another c-suite athletic executive: Rob DeMartini, president and chief executive officer of New Balance, has been busy training for an upcoming charitable fund-raiser. “I will be riding my 12th Pan Mass Challenge the first weekend of August to raise money for life-saving cancer research and treatment at Dana-Farber Cancer Institute. PMC is a 200-mile bike-a-thon over two days with a goal of $20,000 raised and a $52 million goal for all riders,” he said. “I have 15 days left to get my training miles in.”

In sun or snow, designer Misha Nonoo keeps her workouts going. “Always game for an adventure,” she would like to try a new sport or activity this summer. In the meantime, she loves running outdoors and generally works out four or five times a week. Outdoor pursuits are preferable at this time of year as opposed to yoga and Pilates in the winter. “Cardio, however, remains an important aspect of my exercise routine year-round,” she said.

With four children and various businesses, Kimora Lee Simmons favors workouts that are high-impact and fast, such as cardio with interval training. To try to balance that intensity, she also does yoga and meditative practices — creating “my own little personal (if only temporary) oasis,” she said. Before workouts, she hydrates with her energy drink Celsius. “I have been very focused on fitness lately — after your fourth child, it’s an uphill battle, especially as a working mom. It’s so difficult to keep to a fitness routine when you’re on the road and traveling. I’m learning how to work out outside of the gym, using my own body weight for resistance training,” Simmons said.

Staying healthy isn’t all-or-nothing from her point of view. The secret is “discipline, but not denial,” she said. “Being hard-core and rigid with your daily diet is just as bad as being gluttonous. Ultimately, it’s about loving yourself. Put ‘good’ in (energy, self-respect, wholesome foods) — and you get good out. But I also believe every day is a gift, so say ‘yes’ to a Champagne cheers — just keep everything in moderation.”

Living in Majorca, the designer Miguel Adrover isn’t concerned about fitness. “Workout? I don’t really need to. Today my Mom and Dad are in the city, so I just came to feed the turkeys, the pig, the rabbits, about 150 chickens and pigeons. I’ve been watering all the plants and the vegetables. If you work in the countryside, you start at 5 a.m, because the heat and humidity is unbearable.” he said. “The season for picking almonds starts in two weeks. You go all over the property with a stick combing through the landscape to collect them. The three properties aren’t close so you have to take a tractor. I did it as a kid but after living in New York, it’s hard.”

Sometimes in the summer he bikes to the beach to run around with his dogs at 10 o’clock at night for the sunset. “You go there, get a sandwich. I don’t count the miles. I’m running with my dogs, I’m not running like a professional,” he said. “And my Airbnb is my exercise. I just had four kids and four adults from New Zealand, so I need to wash a lot of towels and sheets, iron everything, clean the pool, and cut the grass. Don’t ask about running.”

Exercise, like suntanning is not a priority for the designer who is trying to sell the rights to his name. “Local people don’t go lie down on the sand. When you work under the sun and you have a day off, you want to be in the shade,” Adrover said. “That’s why the siesta thing is getting longer and longer.”