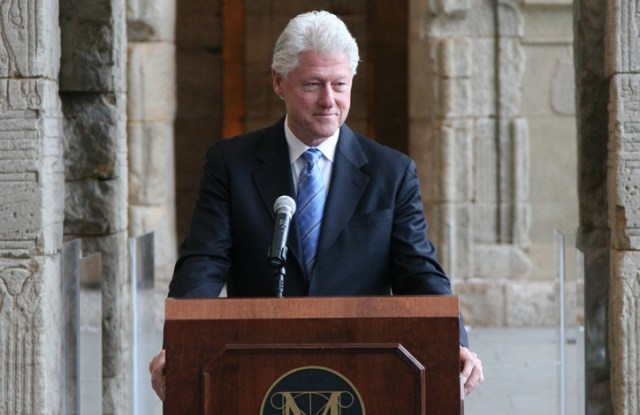 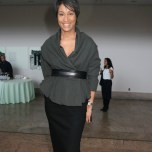 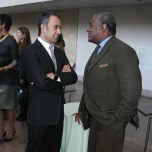 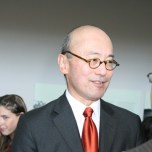 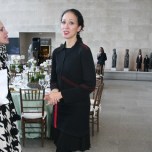 On Monday afternoon, a heavy-hitting crowd flocked to the Metropolitan Museum of Art’s Temple of Dendur for a luncheon in honor of the late Eunice W. Johnson. The event, billed as a celebration and planned for months, took on an added poignancy when the famed philanthropist and a founder of Ebony Magazine passed away earlier this month at the age of 93.

“I met Mrs. Johnson when I was 14,” recalled Pat Cleveland. “She put me in her fashion fair.”

Rogers also had a personal connection to Johnson: “I had known Mrs. Johnson for over 20 years, because I am best friends with her daughter. She was an amazing woman and I looked up to her.”

“I got to know Eunice Johnson about 25 years ago, because her husband was from Arkansas City,” Clinton said. “Over the years, I saw the work the Johnsons did. I respected them because they had a partnership when few people did. And she found a way to use women’s fashion to do good.”

Clinton recalled walking the late Johnson down the church aisle at her husband’s funeral in 2005: “I thought, ‘She is still remarkably attractive.’ She had an ageless vitality.”

In addition to her fashion fairs, which raised more than $55 million over the years, Johnson also created the Fashion Fair Cosmetics line, providing black women with makeup shades no one else was producing at the time.

Just before dessert, Rogers read a letter from President Obama, in which he paid tribute to Johnson’s legacy. “As a philanthropist and entrepreneur, Eunice wrote a chapter in history,” the letter stated.

Adjacent to the luncheon was a display of garments by the likes of Courrèges, Pierre Cardin, Bob Mackie, Yves Saint Laurent, and B. Michael worn in the fashion fair shows. In some instances, Johnson had to pay for them out of her own pocket because the designers wouldn’t loan them to her, a fact her daughter Linda Johnson Rice noted in her closing remarks.

“I know my mother is looking down on us and all her wonderful clothes, thinking, ‘Wow, I did a pretty darn good job,’” she said.