Directed by P. David Ebersole and Todd Hughes, the film is due for release in early 2019. 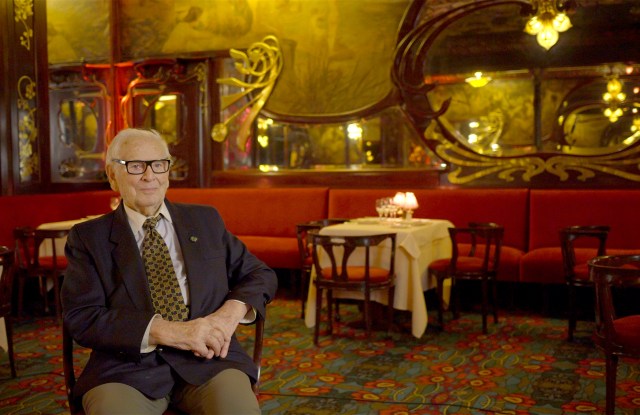 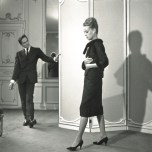 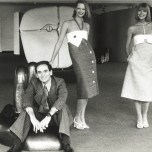 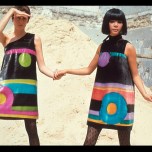 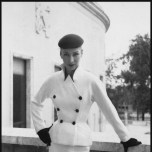 PARIS — “We focused on the idea of ‘Who is Pierre Cardin?’ because we feel it’s one of those names that you know, that you’ve seen your whole life, but most people can’t picture the man,” said P. David Ebersole, who is in the early stages of producing a documentary with Todd Hughes on the Space-Age couturier, titled “House of Cardin.”

Work-in-progress teasers of the movie will be screened at the 10th edition of the fashion-centric short film festival “A Shaded View on Fashion Film” in September at Cardin’s Palais Bulles complex in Théoule-sur-Mer on the French Mediterranean coast. Cardin, who has been named as president of honor for the festival and is designing the trophies that will be handed out to winning filmmakers and actors, is to attend a cocktail for the event tonight at his Paris restaurant Maxim’s.

The American filmmakers for one of their recent projects, “Dear Mom, Love Cher,” took a deep dive into the family history of Cher. For “House of Cardin,” meanwhile, due for release in spring 2019, the aim is tell the epic story of the designer, often called the licensing king — from his family fleeing Italy in the Twenties to escape Benito Mussolini’s fascist regime when he was a toddler and growing up in Nazi-occupied France to the creation of his empire and questions surrounding its future. The documentary features exclusive access to the house’s archives and interviews with personalities from the fashion world.

“Some of the questions that come up with a man who is 95 years old, still owns his own business and is still the center of the Cardin empire include: What will the passing of the torch look like? As the last standing designer of the Dior era, what is he thinking about for the future legacy of his company? And so the other part of what we have been filming is kind of a year in the life of Pierre Cardin at this time where he’s being rediscovered as a French national treasure,” said Ebersole.

“[Cardin] did not sell out to corporate interests, so what [the house of Pierre Cardin] will do and how they will go forward is a huge mystery.…It’s hard to know and it’s part of what we’re interested in finding out through spending time with him this year. I think it’s an important year for them making those kinds of decisions,” added Ebersole, who described Hughes and himself as “Cardinophiles.”

“We collect his furniture, we own a car he designed in 1972, called the AMC Javelin, and we’ve always been inspired by his aesthetic and design. When we went to Paris, we had an opportunity to meet him and before we knew it, we were sitting down and talking about whether or not he’d be open to doing a documentary about his life and design oeuvre. What interested him about us is that we were not just interested in fashion, but in his whole career and life story,” said Ebersole.

Other documentaries by Ebersole and Hughes have included “Hit So Hard,” profiling Patty Schemel, the drummer of Courtney Love’s band Hole, and “Mansfield 66/67,” based on Jayne Mansfield, her interaction with the Church of Satan, and whether or not a curse was put on her that caused the accident leading to her death.

Still in the presale stage for the Cardin documentary, the pair conducted interviews with the designer and members of his house in January, including Cardin’s closest family member and biggest confidante, grandnephew Rodrigo Basilicati.

Asked whether they sensed that Basilicati, who specializes in sculpture and furniture, but “does get involved in some other areas of the design” will eventually take over the reins at the house, Ebersole replied: “It seems that’s what makes sense to most of the people on Cardin’s inner circle.

“Right now, because Cardin still drives all of that, people participate in it, but there’s nobody really underneath him. I feel like when you look back to when Cardin and Yves Saint Laurent were both protégés of Dior, there’s nobody like that in the house right now that you would say, ‘Ah, that’s the person who’s being groomed to take over that position.’ Jean Paul Gaultier was a protégé, and he was encouraged to go out on his own,” said Ebersole. Hughes chipped in: “Cardin did the first cone bra. We asked him about it, and he said: ‘Oh no, no, no. I invented it, but I told Gaultier: ‘Go further, go all the way.’”

The pair discovered much more of Cardin’s story as they delved deeper into the documentary project. One chapter had to do with another Cardin protégé, Andre Oliver, who branched off and started his own brand in New York when Cardin began dating Jeanne Moreau. Oliver died of AIDS in 1993.

There were other facts unearthed, too, while research was under way. “He did the costumes for ‘Beauty and the Beast’ in 1946, he worked for Christian Dior.…We had no idea he was with Jeanne Moreau for four years,” said Hughes. “His story is phenomenal.”