With ‘Cursed,’ Devon Terrell Brings a New Voice to the Arthurian Legend

First, Devon Terrell was Barack Obama in “Barry.” Then, he was the Hamletian Horatio in “Ophelia.” Now the 27-year-old actor has taken on another iconic character: King Arthur, pre-royalty, in Netflix’s new fantasy series “Cursed.”

Many actors have portrayed the literary figure: there was Mel Ferrer’s 1953 take in “Knights of the Round Table”; Richard Harris in the 1967 musical film “Camelot”; Sean Connery in the 1995 “First Knight”; Clive Owen in the 2004 “King Arthur,” and Charlie Hunnam in the box-office flop “King Arthur: Legend of the Sword.” It’s a role with many reprisals, but Terrell brings a new vantage as the first person of color to portray Arthur in a prominent project.

“For a lot of people of color, this story just went over their head,” Terrell says. “Like, ‘Oh, it’s not for me because I don’t see myself in that world.’ The Arthurian legend is so ingrained in fantasy that you’d think fantasy would be the world where inclusivity would be at its largest.”

The 27-year-old actor, who is from SoCal but grew up in Australia, is discussing his latest project on Zoom from a sparse corner of the new Los Angeles apartment he recently moved into with his girlfriend. “There’s boxes everywhere, so I’m keeping the camera this way,” says the actor, warmth apparent despite the distance of a screen. “I’ve realized I have too much stuff. I’m a hoarder.” 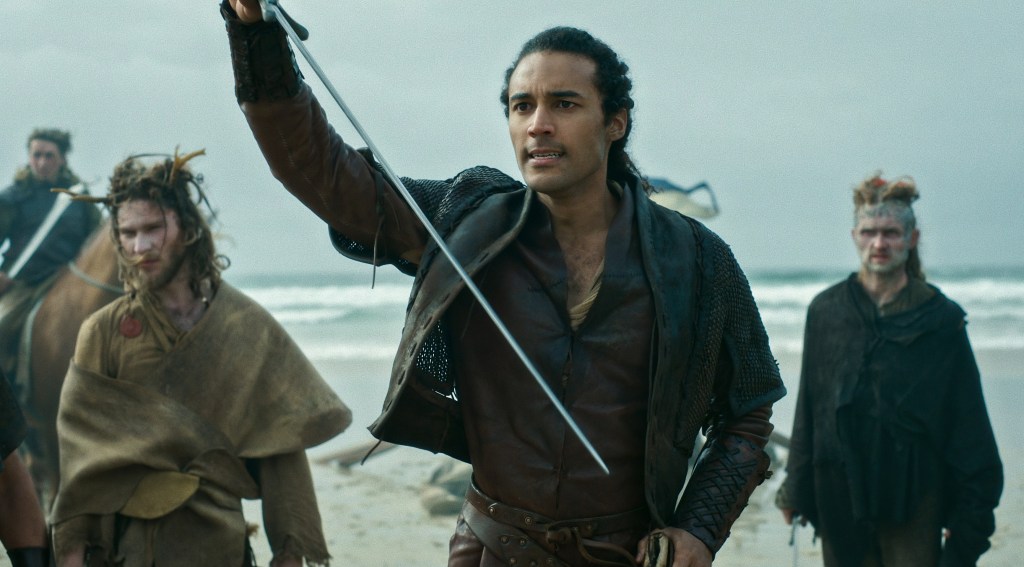 A still from “Cursed.”  Courtesy of Netflix

Starring in a Netflix series would appeal to any young actor, but “Cursed” had further appeal for Terrell. There was the prospect of playing a character with deep roots in storytelling and literature, but also the opportunity to influence how fantasy as a genre is perceived. In particular, he wanted to represent the sort of character he wasn’t able to see onscreen while he was kid. “I loved ‘Harry Potter,’ loved ‘Lord of the Rings, loved ‘Game of Thrones,’ but I never found a character that was important to the story, that looked like me, or that I could root for as similar to myself,” he says. The show also prominently stars Shalom Brune-Franklin as Morgana, and features diverse casting at all levels. “It’s only scraping the surface of what this world could look like,” he adds.

And for what it’s worth, the show has already tested well with Terrell’s mother.

“My mum sat back and said, ‘Wow, Dev, I don’t like fantasy, but I took so much away from that,'” he says. “I didn’t think fantasy was for her, but she found a way into the story because she thought there was a more diverse cast and a female protagonist.” 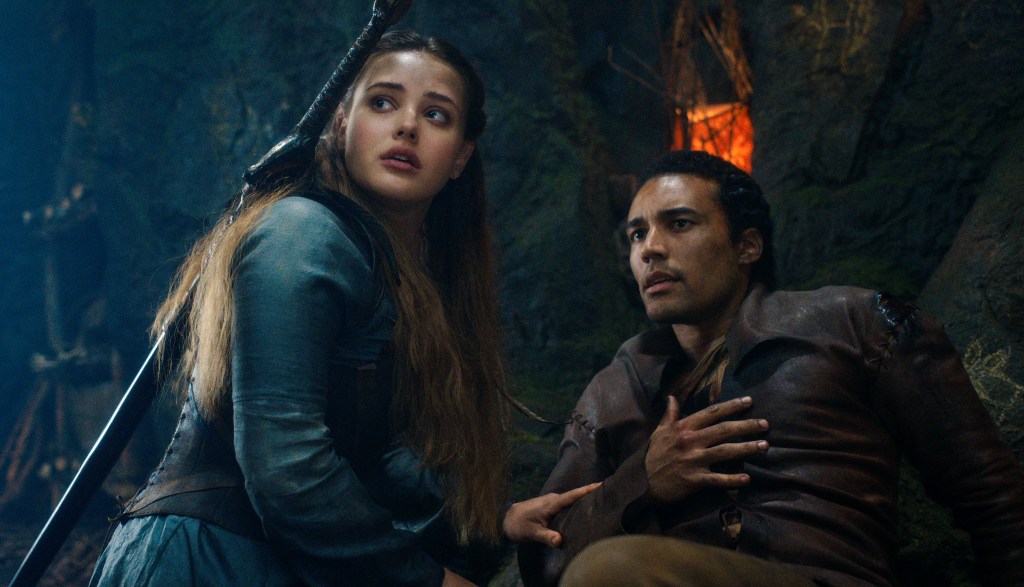 A still from “Cursed.”  Courtesy of Netflix

The world of “Cursed” also offers a different perspective — the female gaze, through the show’s central paganistic character Nimue, and there’s a clear appeal-play to a younger female audience. Nimue, played by fellow Aussie Katherine Langford, is flanked throughout by strong female characters. Arthur discovers himself through her journey, which runs counter to male-centric, oversexualized and violent fantasy tropes. “With a character like Arthur or Nimue, when you see something that you’re uncomfortable with where you’re like, ‘Why is there a brown or Black Arthur?’; you have to think to yourself, ‘Well, why am I uncomfortable by watching this, or why do I think something’s wrong here?'”

That thinking plays into the show’s central points, which Terrell sums up as “the demonization of other,” with various factions — whether defined by religion, royalty, other alliance — within the show competing against each other. “And the idea of not allowing others to think freely, and in many moments in this story it’s very much about controlling the other.”

Terrell is keeping his fingers crossed that a season two will be in the pipeline. While he’s likely to stay wedded to the character of Arthur, for now he has some ideas of other iconic people he’d love to play: political activist Huey P. Newton; the late tennis legend Arthur Ashe. “Amazing people that I don’t think their story has been told,” he sums up.

In the meantime, he has a “Cursed” memento to tide him over: he got to keep his sword from the show. “It’s a really nice memorabilia piece. I think Katherine probably got the Sword of Power,” he says. “I was trying to steal it.”

But then again, isn’t everyone? 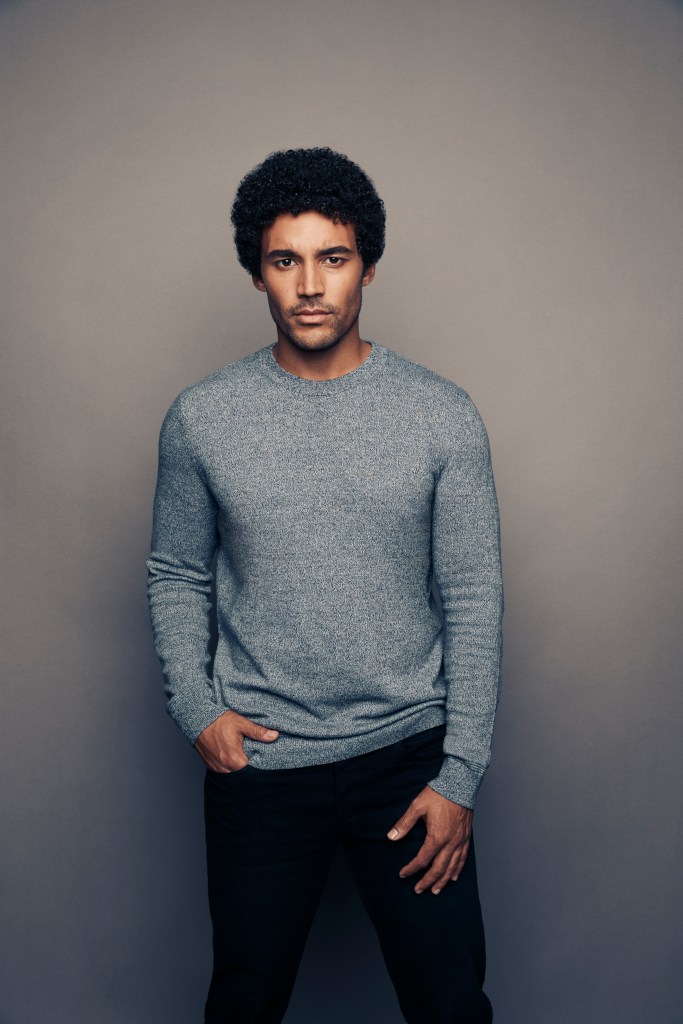 Ricky Velez, The Next Big Thing in Stand-Up, on Healing Through Comedy