The artist was inspired by recordings of Whale 52 — the loneliest whale in the world.

Courtesy the artist and David Zwirner

It doesn’t matter where Diana Thater’s latest installation is located; you can’t visit the piece in person. Like many gallery shows during the pandemic, “Yes, There Will Be Singing” is only viewable online.

“Initially, I wanted to put the installation at David Zwirner in a locked room,” says the L.A.-based artist of her exhibition, the third edition of the gallery’s Offsite series. “But David said, ‘It’s a piece for anyone, anywhere. It doesn’t matter where it is.’”

The video work is instead being livestreamed from a raw space in L.A., a room with white pillars and exposed ceiling pipes. It’s the sort of space that can be found in almost any city, and the universality of the room speaks to the intention behind the work. Thater’s installations have always been about the present moment, and the viewer’s presence and experience within the work. While “Yes, There Will Be Singing” is the artist’s least physically accessible project, it’s also her most accessible: the video installation is viewable anytime, anywhere in the world.

She describes the new piece as an upending. Thater was originally slated to have a solo show with David Zwirner in September, but that plan was thwarted when her shoot for the exhibition was canceled due to the pandemic. Travel has been central to her art practice; she physically goes to wherever her subjects live in order to film them.

“How do you make art, if part of your practice is going to places where these rare and fascinating [creatures] live in the wild? What do you do?” she says. “And that’s where I ended up with Whale 52.”

“Yes, There Will Be Singing” is Thater’s first sound installation, inspired by an article she encountered several years ago about Whale 52, a (likely male) whale which has never been seen, only heard over a period of decades. At a frequency of 52 hertz, Whale 52’s songs are outside the range for other whales to hear — its been called the loneliest whale alive.

The piece speaks to the difficulties of communication in isolation. In the case of Whale 52, it’s the unique pitch of his song that other whales can’t hear; during the pandemic, it’s the pain points of technology: video feeds that lag; audio that won’t sync.

“We only know each other right now through images, brief contact. We know each other on the computer through Zoom and Google Meet and FaceTime,” says Thater; her installation similarly lives within the space of online time.

Within Thater’s installation, the rich sound of Whale 52 plays as the video switches between various feeds within the room, giving the viewer a 360-degree view of the exhibition space as well as the sensation of spinning. The equipment used to make the piece — cameras on tripods, sound speakers and cords running across the floor, stage lights emitting a spectrum of neon color — is visible to the viewer, an attempt to communicate the spatial quality of the space, despite their disorientation from the alternating video feeds. The culmination of all the elements in the room becomes a conduit for the underwater world.

“[The whale] world is rich in sound; ours is rich in color and dimension,” she says. “I wanted to add to that richness and make empty space feel like something.”

The piece also speaks to how the pandemic has affected the natural environment. While the pandemic has made it more difficult for humans to communicate clearly, the opposite is true for whales.

“The ocean has been very quiet since the beginning of the pandemic. Researchers can hear whales better than ever before, and whales can hear one another better than they ever have,” she says. “All the external noise is gone, and what do you get?”

The installation’s title, “Yes, There Will Be Singing,” refers to a poem written by Bertolt Brecht while in Denmark after escaping Nazi Germany. “It lent the perfect title to the work, because we are living in very dark times,” says Thater. “You think about being locked down, and then according to Bertolt Brecht, you sing about it.”

The artist notes that her world is still very much in flux. She’s been working on a larger piece for over two years, but keeps running into roadblocks: first President Donald Trump closed National Parks during a government shutdown right before she was supposed to go film in Death Valley, and then the pandemic happened, and she had to cancel her shoot again. Thater was testing her arsenal of cameras for that shoot by filming within her garden; that collection of videos, focusing on the flora, ended up in an online exhibition with Hauser and Wirth.

While her work stays rooted in the present moment, Thater approaches art making with the future in mind.

“I think that art is about the future you want, and projecting it and making it real and making it palpable,” she says. “I haven’t been able to sculpt an image of what I think the future looks like during this lockdown, because we’re in this never-ending present. We literally do not know what’s going to happen.

“Without some kind of idea about what the future holds, I don’t know what I’ll make next,” she adds. 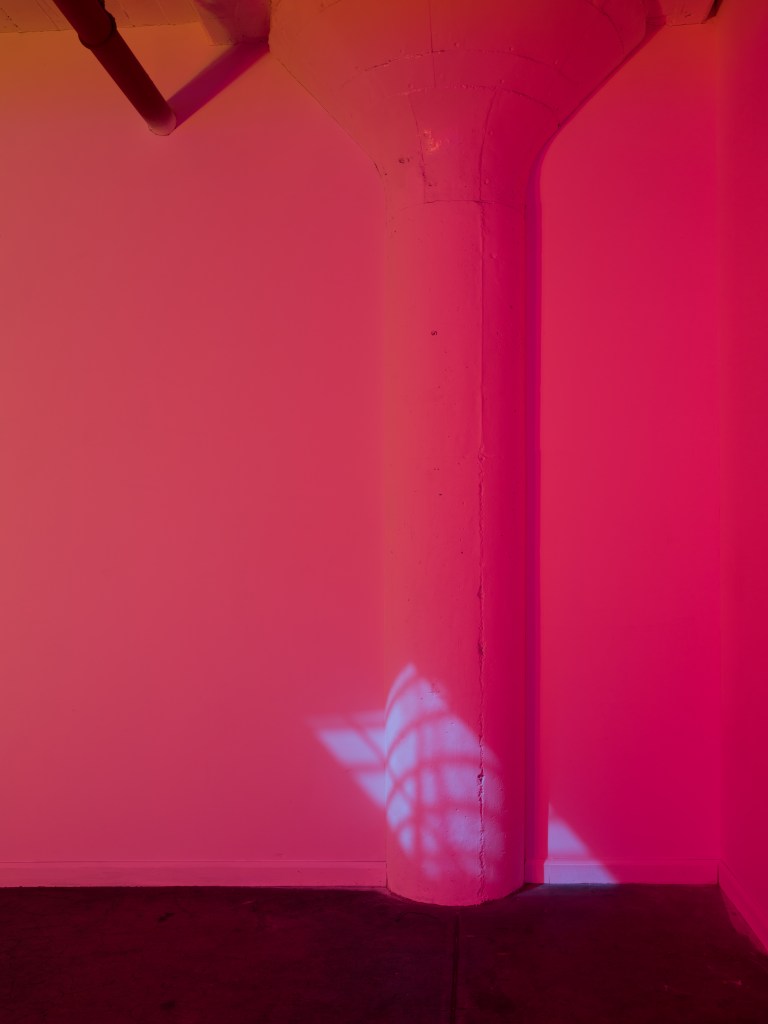