The film is her third cinematic effort with French director Fabienne Berthaud. 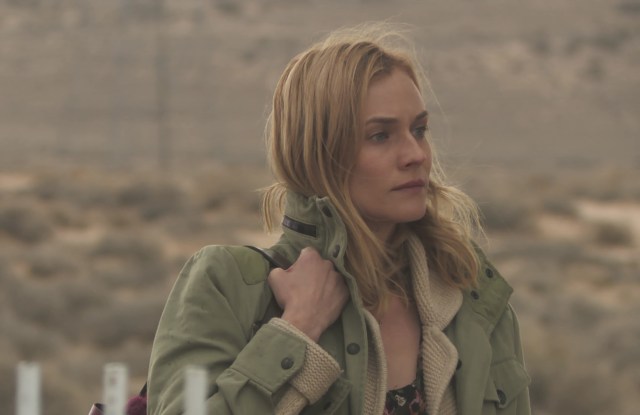 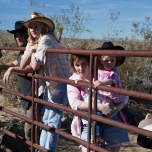 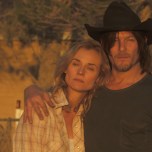 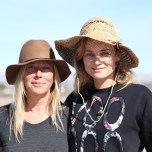 The West is a familiar metaphor. And while the central themes in “Sky” aren’t exactly original — a newly single woman finding herself on the road with open space as a backdrop — the story is certainly one that has potential to resonate outside of the film’s target demographic.

“I think as we get older, people tend to take less risks,” explains Diane Kruger, the movie’s leading lady. “There’s so much to lose and it’s so hard to move on from a situation that is not good for you anymore. I’m certainly guilty of that.”

It’s her third cinematic effort with French director Fabienne Berthaud, who Kruger met when she was 16. “Her husband was my old modeling agent,” Kruger says. “We didn’t meet again until I was in drama school and she was getting ready to direct her first feature.” Their last movie, “Lily Sometimes,” won the Art Cinema Award at the Cannes Film Festival in 2010. It was there, at an after party, that they began plotting the concept for “Sky.”

“We were sort of dreaming and imagining what our next feature should be about — and where,” Kruger reminisces. “The idea of a road movie was born, a love story.”

In “Sky,” Kruger portrays Romy, a Frenchwoman on vacation with her husband in America. After a dramatic fight in — where else? — Las Vegas, she sets out on her own and ultimately finds love with Diego, played by a cowboy-hat-wearing Norman Reedus. The movie originally screened at the Toronto Film Festival last year and opens in New York Friday.

“I’m sort of a mirror of what is going on with her life, and what she wants to talk about,” Kruger says of her character. “This movie happened at a time in my life where I felt like I was really ready to do that. There were so many intimate scenes to shoot, so many difficult scenes to shoot that I’m not sure I would have been capable of five years ago.”

To glean material for the script, Berthaud came over to America for an old-fashioned road trip, and many of the movie’s characters are based on people she encountered between Las Vegas and Joshua Tree in California. Kruger, who lives in L.A., didn’t join her on the road.

“I think my eyes are a bit tainted,” Kruger says. “[Berthaud] has never been to that region of America and I think a big part of the movie is seeing that part of the world through the eyes of a tourist. I wanted her to go to places that as a French woman stood out, and that I probably wouldn’t even glance upon anymore. I’ve done the road trip from east to west, west to east. I really love the solitude — not to be lonely, but to be alone for a few days.”

The film features many familiar faces for Kruger — Joshua Jackson, Lena Dunham and Gilles Lellouche. “There’s not one person in this movie that’s not related or known to us as friends. This is one of those movies where nobody really gets paid,” Kruger explains. “I love Lena and when we were casting this I was like ‘let me send her the script and see if she wants to do a two-day part that’s not being paid.’ And there she was, putzing around with us, no trailer in the desert.” One actor was new — her costar Norman Reedus.

“It was a little nerve-wracking for me because I had a lot of intimate scenes with him and the schedule didn’t allow us to meet beforehand,” the actress says. “Our first day was literally that big love scene in Las Vegas….You never know what you’re going to get. I was very pleasantly surprised.”

Despite the low budget, Kruger is eager for audiences to see the film. “I think it’s a movie that stays with you for a while and has a lot of beautiful things to say about life and love,” she says. “I love the idea that you can find love in the most untraditional places.”