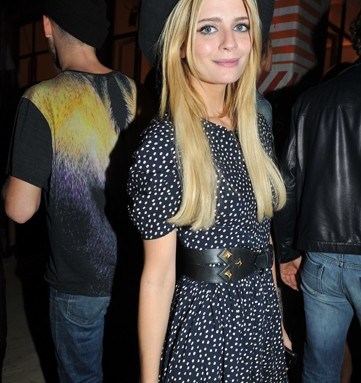 FEELING FAINT: Diane von Furstenberg was the toast of Milan Sunday night as Lapo Elkann and Franca Sozzani hosted a party in her honor, and curated a visual homage to the designer at Elkann’s Italia Independent headquarters in Milan, lodged in a warehouse space.

“I was 20 and wearing three hairpieces,” von Furstenberg said as she pointed at one of the images of her plastered on the wall. “Milan is where I started out in fashion and also where I discovered I was pregnant with my first son.” She related how she once fainted in San Babila Square only to later discover she was expecting. “Now I have to get married, I thought, and [Prince Egon Von Furstenberg] was the best catch and everyone will think I did it on purpose, while I so wanted to be independent,” she said.