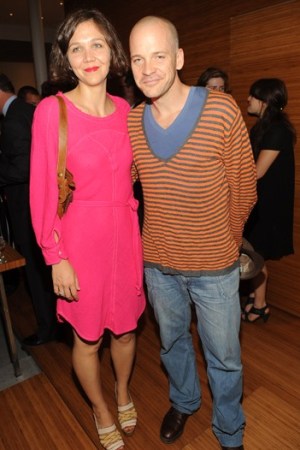 To raise money for the Edible Schoolyard, chef Alice Waters’ initiative to plant vegetable gardens at public schools, Lela Rose, Beth Blake and Fernanda Niven invited 65 of their friends to Rose’s ultramodern TriBeCa pad Monday night for a Summer Solstice dinner conceived by Waters herself. For $1,000 a head. While no more expensive than other charity-gala meal tickets, the price — which was written in plain English on an e-mailed invitation, not typed in a small font on an enclosed vellum card — unnerved some who perhaps expect more glitz for their money (100 percent of the evening’s proceeds went to ESY). But Waters doesn’t mask the taste of her ingredients with rich French sauces, nor does she hide her food-fanatic agenda.

“Everyone here who has a child knows what the future’s about,” said Waters. “It’s critical to bring awareness to the urgency of this issue.”

To start construction on a garden at PS 216 in Brooklyn this fall, she needs to pull in $1 million. “But not all tonight,” Rose said nervously.

The designer needn’t worry, because the guests — including Maggie Gyllenhaal and Peter Sarsgaard, Kate and Andy Spade, Rachel and Ara Hovnanian and Celerie Kemble — seemed happy to do their part.

“I cook from her ‘The Art of Simple Food’ cookbook all the time,” said Gyllenhaal. “My mom and brother [Jake] have met Alice. I’m the only one who hasn’t until tonight.”

The three-course meal included a delicate summer vegetable soup; roast chicken (Norwich Meadows, and most certainly not rubber) with potatoes, onions and Tokyo turnips (presumably not shipped in from Japan); lettuces (Lani and Bodhitree Farms) with mustard vinaigrette, and finally ruby red cherries, rosemary shortbread and almond biscotti. Some could argue this sounds like a fancy way to say she served soup, plain poultry, veggies and a few cookies, but in Waters’ chefs’ hands, it was a little like a reverse-Wonka experience. No snozberries, but the lettuce leaves tasted like lettuce leaves, the turnips tasted like turnips, the cherries tasted like cherries. And for that, the crowd gathered at Rose’s home, Waters acolytes all, would have paid any price. Two guests shelled out even more when, after dinner, Jamie Niven called a brief live auction for four food-and-wine-related lots. A day with Waters — including a tour of the Union Square Greenmarket, a personal kitchen consultation and lunch at Momofuku Noodle Bar — even sold twice, for $10,000 a pop.