SHANGHAI — Noodles, tattoos and disco may not seem to have much in common with each other, but these disparate topics are weaved together this week thanks to acclaimed film director Jia Zhangke, who worked with Prada to curate and show a series of works for Prada Mode.

The exhibition for the two-day social club pop-up happening at the house’s restoration project, Rong Zhai villa, have the movie provocateur contemplating the Chinese character mian, which served as the common denominator across the themes — chimian meaning to “eat noodles,” huimian meaning “meeting” and biaomian for “surface.”

A day before the event, the director sat down in Shanghai to discuss this latest project.

[The following interview has been translated and condensed for clarity.]

WWD: How did the collaboration with Prada come about and how did you choose what works to show?
Jia Zhangke: Besides film shooting, I have always made other kinds of artistic creations personally, including photographic works and installations. However, I have never shown them systematically. I made several works these past few years and gradually had built up what would amount to a few series. But my focus is still filmmaking, so I hadn’t really showed them actively. Then it was Prada that proposed to do a show in Shanghai, which I took as a good opportunity to show another side to my film.

But what should I do exactly [for this project?] I had no clue at first actually because previously I have participated in many modern art shows. Most of them are my short videos or documentaries. That is, I have made some projections and space shows. I have also participated in a few biennial exhibitions, including shows of architecture because my film was closely related with the concept of space. But what should I show this time? I needed to organize what I had.

Then when I went to Prada Rong Zhai in Shanghai to inspect the site, I found a lot of inspiration because the history of the Prada Rong Zhai villa and the Rong family, including their history in the flour industry and being the king of flour, which gradually formed the subject of noodles.

From there, I chose the theme of tattoos from my several photographic works because tattoos are carved on people’s skin surface to show someone’s emotion or life status. I have also chosen “disco,” which expresses inner emotions and the idea of “meetings,” which are also represented by the films that tell the stories from old Shanghainese. 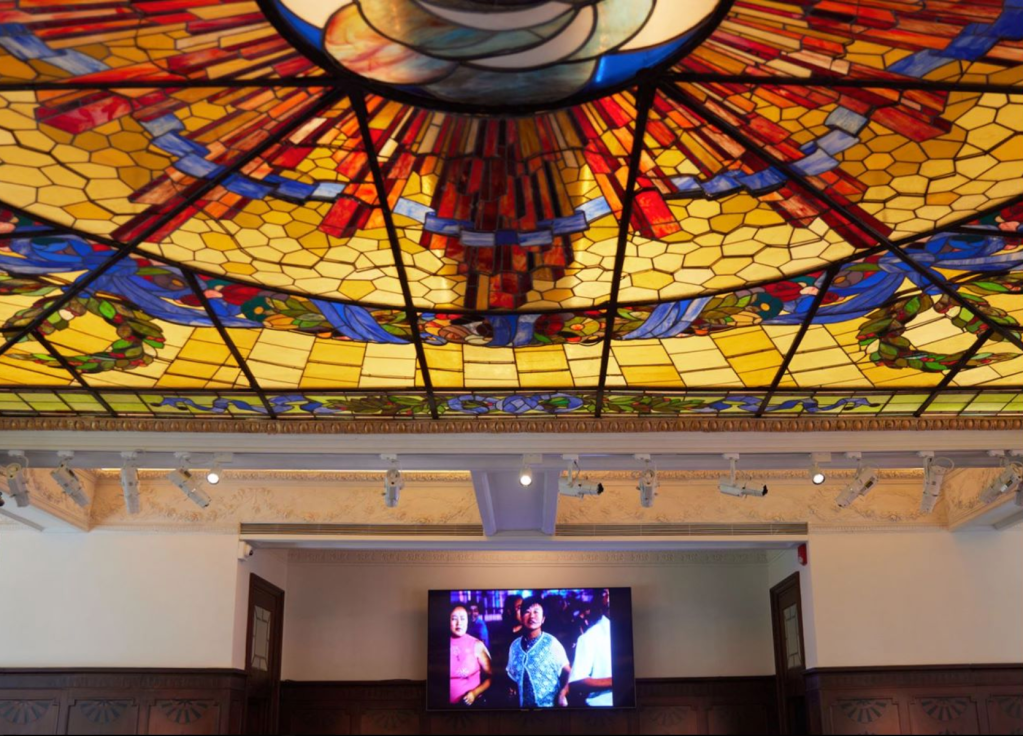 WWD: The venue of Prada Mode is the Rong Zhai villa, a unique piece of heritage architecture in Shanghai. Can you tell us more about how that influenced your decision to show the stories of old Shanghai?

J.Z.: My documentary “I Wish I Knew,” [which originally made its debut in 2010], had several connections to Prada Rong Zhai, I felt. There were 18 native Shanghainese interviewed for the film. Their memories and experiences stretch back to the Thirties and Forties, a time when Shanghai witnessed wars and catastrophes, particularly the anti-Japanese war and the year 1949 [during the Shanghai Campaign battles between the Kuomintang and Communists].

And the precious thing is these people who had memories of this time were captured by us in their last phase of life. Many people in the film died a dozen years later, but their legacy was left in the world.

Unlike book reading, it is quite different to watch film because one can see the rhythm of speech, looks and faces, and their emotions while they recalled the city. Although I myself was not too sensitive to it because I am from Shanxi, many native Shanghainese would notice that the film reflects the language transition of old Shanghai through different eras. 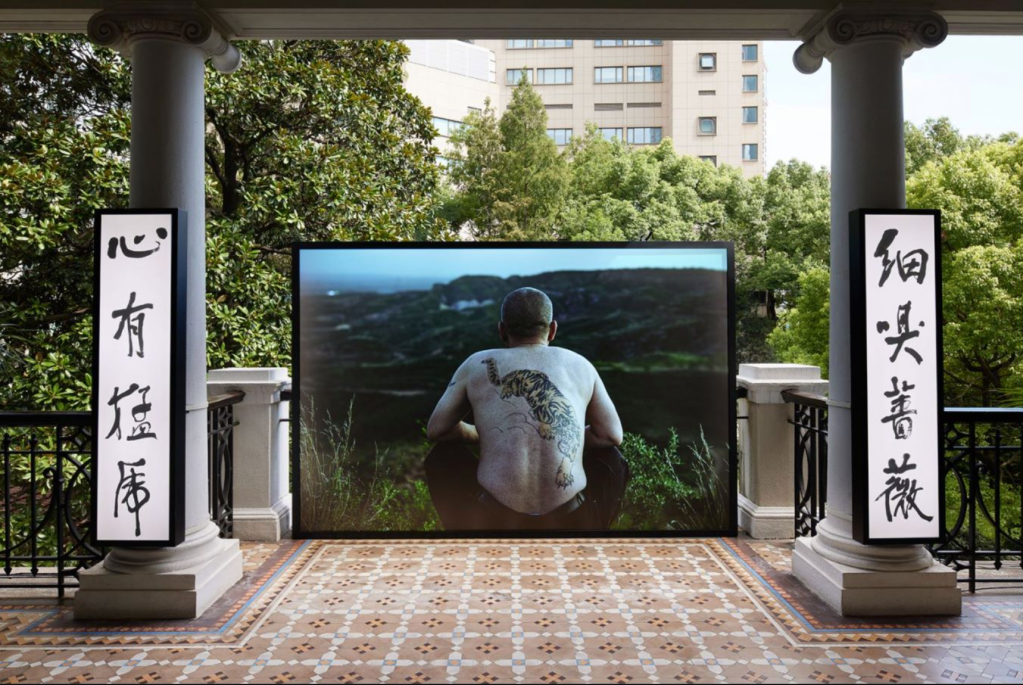 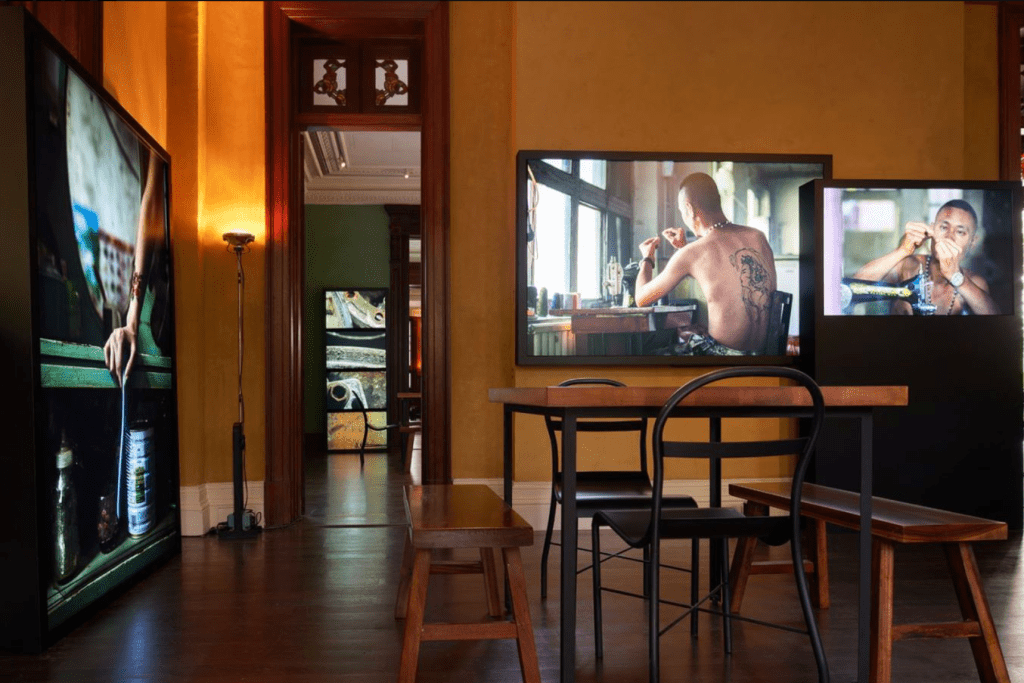 WWD: Your movie “The World” was written in 2003, which explored the clash of cultures due to globalization. Now we’re living in very different times in which we have all been in quarantine and isolation. Can you share your thoughts on how you expect life and your thinking to change after COVID-19?

Film is no doubt a global industry. From film production and investment, all the way to launch and promotion in film festivals, the entire film operation is difficult to be kept confined. We already live a global lifestyle. The kind of frequent human exchange and contact from the large number of international contemporary art and theater performances in Beijing and Shanghai before the outbreak should be cherished.

But with the epidemic lockdown, especially the political changes it has brought about, I think for those involved in art, no matter how difficult, we must stay connected in this world. Just like the current collaboration with Prada, in such a difficult situation, both a Chinese artist and an international brand can work on a joint art project. We are still able to maintain such a close relationship, sharing both cultural and human ideals. I believe this is essential.