Robert Eggers Is Not Drinking His Own Kool-Aid

"I had fun every day on the shoot, but it was really hard," said director Eggers of "The Lighthouse," starring Willem Dafoe and Robert Pattinson. "When I was in post when I would think about production, I'd just get sick to my stomach because it was such a hard shoot."

Actor Robert Pattinson and director Robert Eggers on the set of "The Lighthouse."

Robert Eggers prefers the past. Which is a good thing when it comes to film promotion, which requires him to discuss the decisions that came before the accolades. And so far, the accolades have kept coming for the young director, who releases “The Lighthouse,” his much buzzed-about follow-up to his debut horror feature “The Witch,” this weekend.

“There’s definitely always some amount of rewriting history, and you’re drinking your own Kool-Aid the more you say it,” says the director from Sound Lounge studio in New York City, where he was recording audio for a director’s cut. “I had fun every day on the shoot, but it was really hard, and certainly when I was in post when I would think about production, I’d just get sick to my stomach because it was such a hard shoot.”

The black-and-white period film, which was shot in an antiquated boxy film aspect ratio, stars Willem Dafoe and Robert Pattinson as 1890s era lighthouse keepers. They filmed on a remote island in Nova Scotia (the film is set in Maine) in inclement weather; the story requires a high level of physicality from both actors, and grows increasingly grim and claustrophobic as the isolated characters end up stuck on the island during a storm. It’s horrific, but unlike his previous film, it’s not horror.

“Willem and Rob didn’t have much of a relationship while they were shooting — that’s been well reported; now they’re chummy chummy chummy,” says Eggers, who has been making the promotional rounds with both actors since premiering the film at Cannes Film Festival earlier this year. Both actors are expected to buoy during the awards season run-up, with A24 campaigning for both actors. (If nominated, it would be Dafoe’s third in a row for the supporting category.)

After watching Eggers’ first feature, “The Witch” — which premiered at Sundance in 2015 and earned him a directing award, before releasing to huge box-office success — both actors reached out to the 36-year-old director about collaborating, and Eggers presented them with the script for “The Lighthouse.” 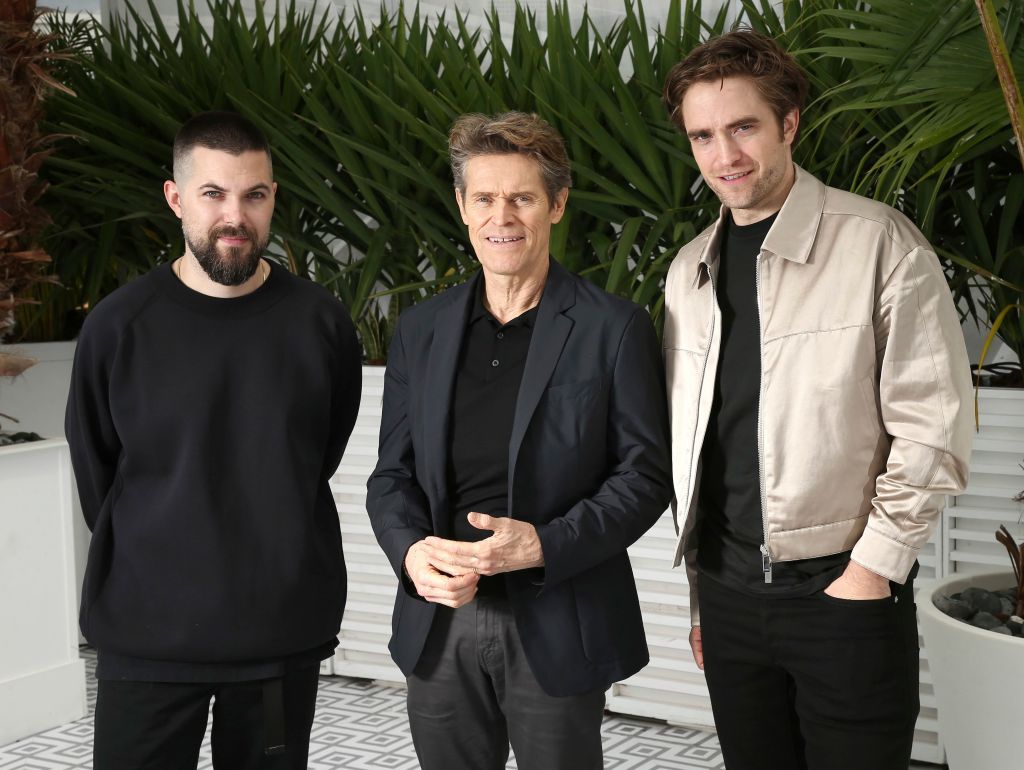 “Rob and Willem seek out challenging projects and seek out auteurs and wannabe auteurs like myself,” he continues. “They couldn’t have started their careers more differently, but the kind of work that they’re interested in now is very similar, and they both want to take just extreme risks. And then, there’s something just about the way they have cheekbones and noses and teeth,” he adds. “Did you see the U.K. Esquire cover? They look like long-lost sexy vampire father and son.”

The two leads also make up the entire cast of the film; Valeriia Karaman appears in several scenes as a mermaid, but in more of a cerebral role. “Because this movie is about identity, something about them looking a bit similar in an inside-out way was important to me. And they also have great period faces. And then, frankly, who else is supposed to play these roles?” (Eggers answers his own rhetorical question: a young Robert Shaw; unfortunately he’s been dead for several decades.) 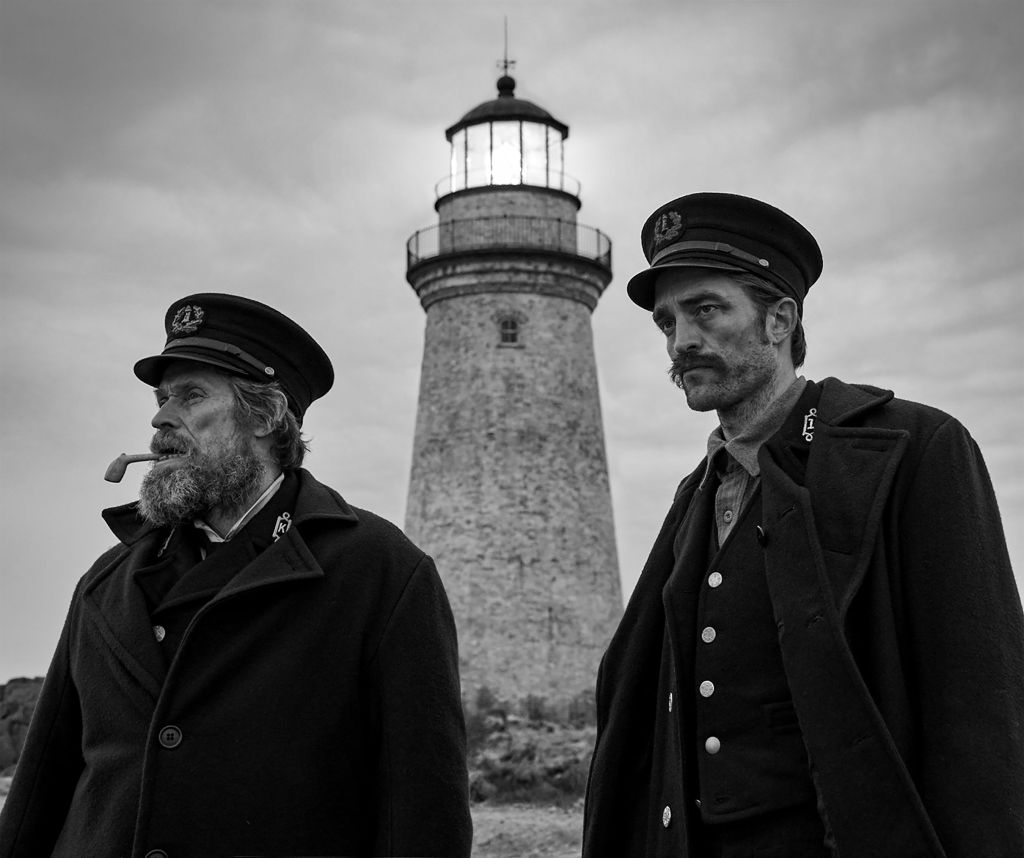 A still from “The Lighthouse.”

Eggers cowrote the lyrical script with his younger brother, Max Eggers, and shot the film working with many of the same creative team as “The Witch.” Together with DP Jarin Blaschke, they decided to shoot on black-and-white 35 mm film in a Movietone aspect ratio, which appears essentially as a square frame. It’s been mostly obsolete since the transitional period of films from silent to sound.

“Obviously I like silent movies and there are some things that played like a silent movie,” says Eggers. “Because of the nature of the story and the location, I always thought it would be a boxy aspect ratio, but Jarin suggested Movietone as a joke and I thought, you know, actually that’s a really great idea, because we are shooting these vertical objects like the lighthouse tower and these cramped enclosed spaces.”

It also helps that they had the luxury of building every structure in the film themselves, including the 70-foot lighthouse tower. Although it was always his end goal to be a director, Eggers — who also trained as an actor — got an early start in the industry doing production and costume design, and the attention to scene-setting and details of time and place is apparent. 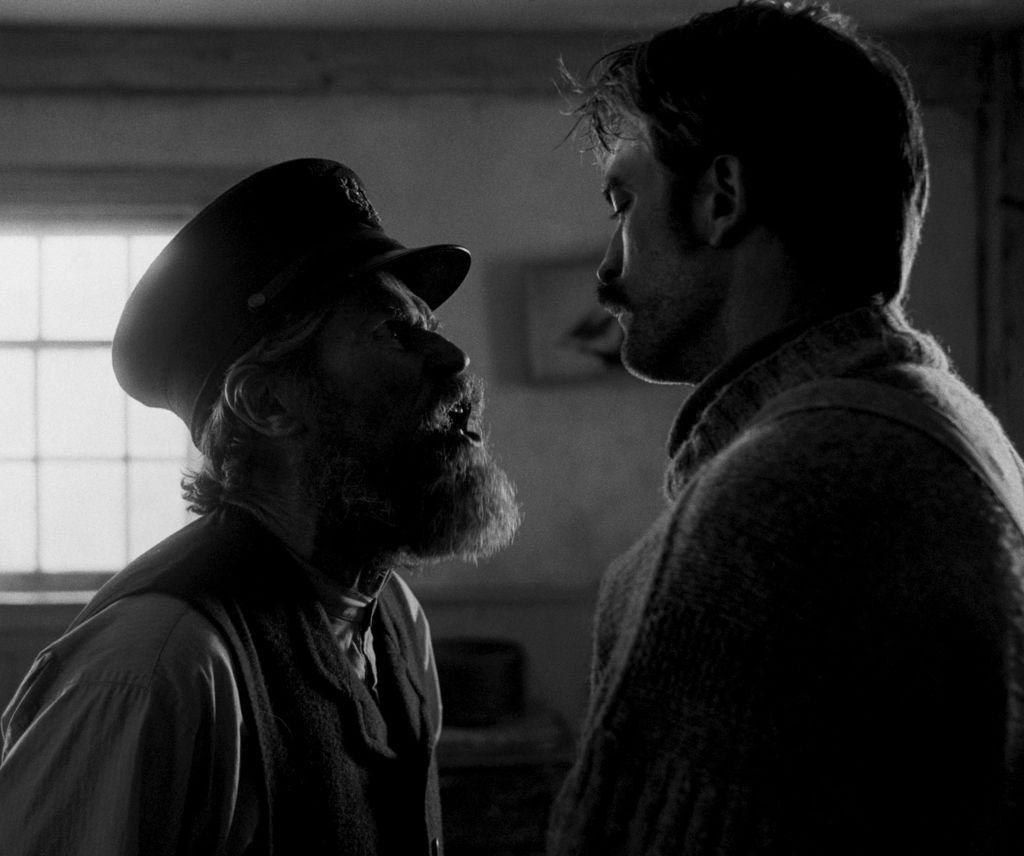 A still from “The Lighthouse.”

“If there’s something that I’m proud of about this movie, is that it’s really close to my original intentions. And so far being only exposed to the world of festival art house cinephiles who are happy to watch a movie in a stupid aspect ratio that is basically the same scene over and over again slightly different, this kind of film festival audience and the press that’s gone to the festivals have gotten my intentions for the most part, which is flabbergasting and great,” he says, adding that one moment in the film did receive a few boos at the Deauville American Film Festival. “But we’ll see as it’s released to the hounds this weekend if it becomes more decisive.”

Although it likely won’t be as commercially successful as his first film, it has cemented his position as an in-demand director.

“Much to the irony of me and my trusting financiers and distributor, is that black and white in some ways might help us, because it’s going to weed out a lot of people who wouldn’t see a black-and-white movie,” he adds; it certainly isn’t aimed at the “Twilight”-era Pattinson fans.

Eggers might prefer the past, but the future is pretty exciting for the New England-born director, too. Although he can’t discuss particulars of the project, a day later it was reported that he’s working next on “The Northman” with poet Sjón. When asked if he has his cast in place — Alexander Skarsgård, Nicole Kidman, Bill Skarsgård, Willem Dafoe, and Anya Taylor-Joy are reportedly in talks to star — Eggers says, “A lot of them. But nobody’s deals are done.”

“I was dropping titles right and left when I was doing press after ‘The Witch’ and none of those things happened, so I’m not going to do that this time,” he adds. “But the thing that I’m working on takes place in the past again, and I’m working with my same collaborators as I did on ‘The Lighthouse’ and ‘The Witch,’ so I’m very excited. Cross your fingers that it gets green lit.”

Certainly a lot of people are. 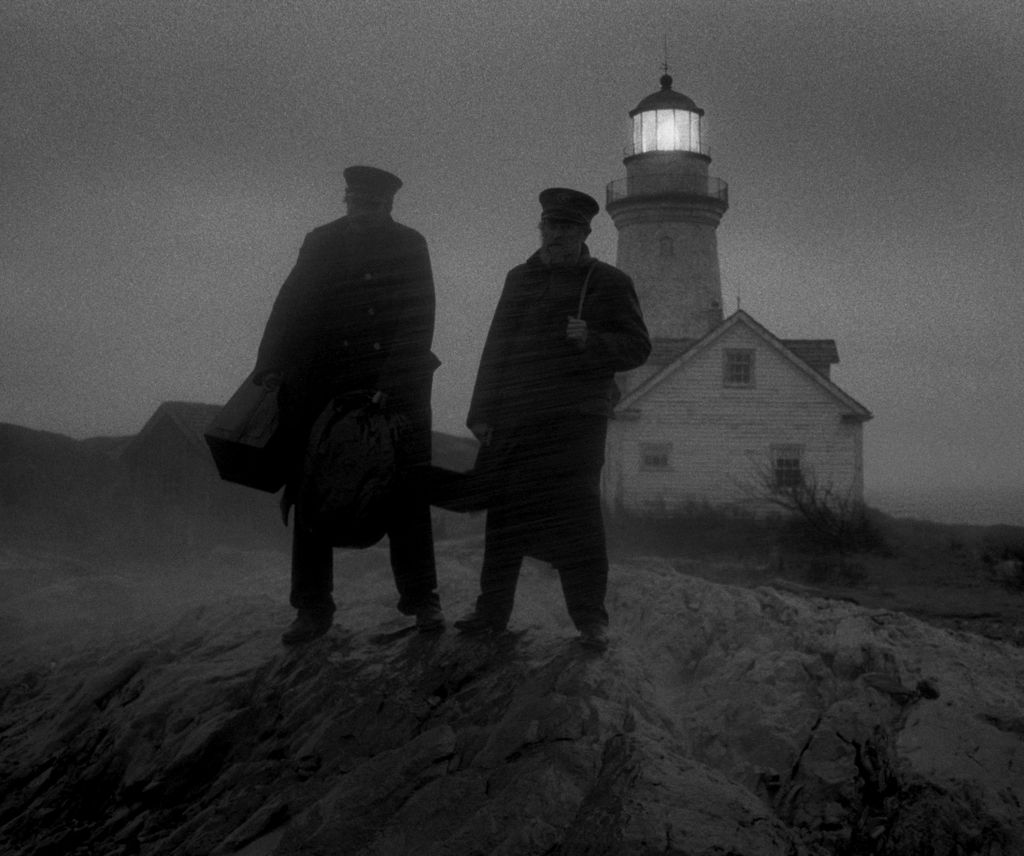 A still from “The Lighthouse.”  Courtesy A24

Up Close With Artist JR at the Brooklyn Museum